Unofficial U.S. Customs and Border Protection records reviewed by Breitbart Texas reveal that at least 670 migrants died in “horrific” conditions while or after crossing the U.S.-Mexico Border. The record-setting number comes as New York City Mayor Eric Adams referred to the transportation of migrants on air-conditioned buses a “horrific” act by Texas Governor Greg Abbott.

Information provided to Breitbart Texas by an official operating under the umbrella of U.S. Customs and Border Protection reports that more than 670 migrants have died in Fiscal Year 2022. The fiscal year began October 1, 2021, and the report runs through this week, the source said.

Of the more than 670 deaths, 60 percent were drownings and exposure. Another 10 percent of the deaths were discovered but causes were not definitive. 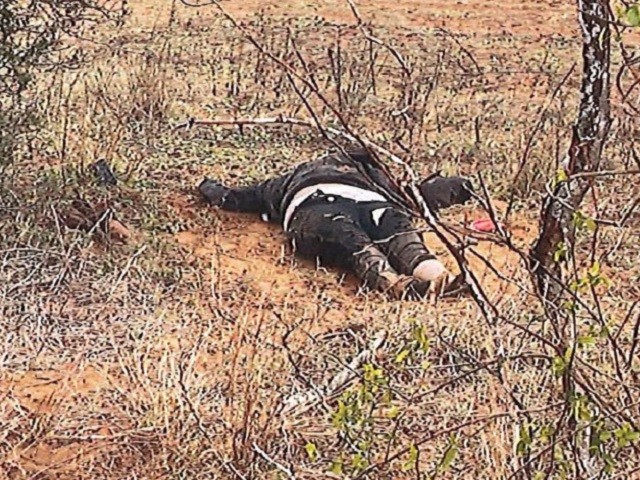 Brooks County deputies recovered the body of a migrant woman on a ranch 80 miles from the Texas-Mexico Border. (Brooks County Sheriff’s Office) 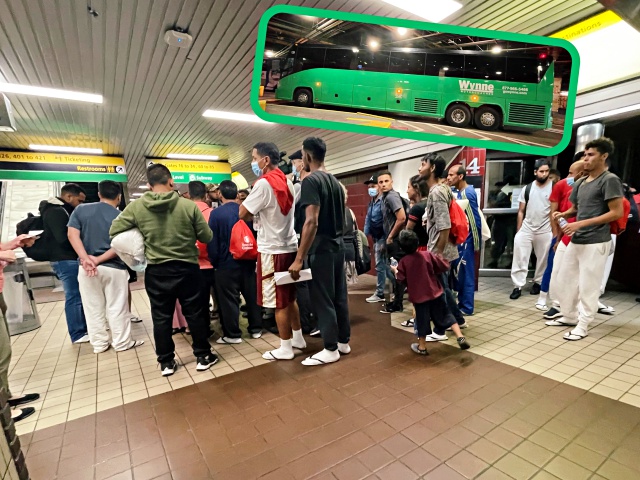 A bus filled with mostly single adult male migrants arrives in New York City from Texas as part of Gov. Greg Abbotts’ plan that buses border crossers and illegal aliens out of the state to Democrat-run cities. (Emma-Jo Morris/Breitbart News)

In response to an inquiry from Breitbart, Governor Abbott’s spokesperson Renae Eze said, “What’s ‘horrific’ is the thousands of illegal immigrants overrunning and overwhelming our border communities with populations smaller than a New York City borough, and Mayor Adams is hypocritically upset about welcoming a few dozen into his sanctuary city.”

Adams misinformed the media by falsely claiming that Abbott forced migrants onto the bus that dropped off about 50 migrants over the weekend.

Eze responded, saying, “These migrants willingly chose to go to New York City, having signed a voluntary consent waiver, available in multiple languages, upon boarding that they agreed on the destination.” 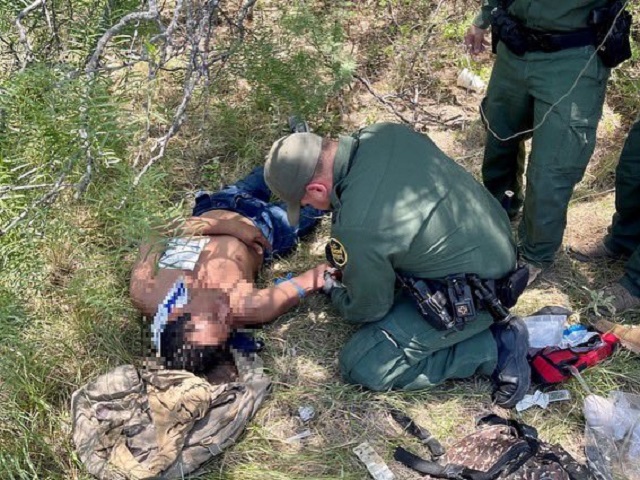 A Bracketteville Station Border Patrol agent saves the life of a migrant who fell victim to the heat on a West Texas ranch. (U.S. Border Patrol/Del Rio Sector)

In addition to the record level of migrant deaths, rescues by Border Patrol have already eclipsed last year’s total.

As of this week, Border Patrol agents rescued well over 19,000 migrants from life-threatening circumstances, the report reviewed by Breitbart indicates. During the entire FY2021, agents rescued just under 13,000, official reports indicate. That was a record year as well compared to the 5,000 rescued in FY2020 and 4,920 in FY2019. 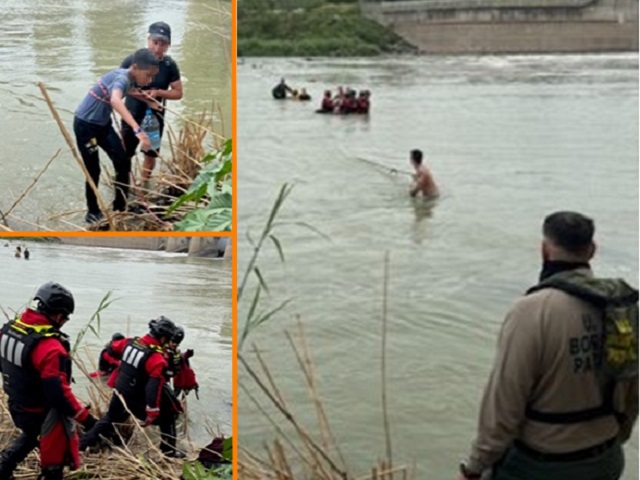 Mayor Adams turned up the heat on Abbott again this week as buses from Texas continue to arrive. The mayor threatened to put New Yorkers on buses and send them to Texas to knock on doors in support of Robert Francis “Beto” O’Rourke’s gubernatorial bid.

“I already called all of my friends in Texas and told them how to cast their vote,” Adams told reporters during a Tuesday press conference.

Governor Abbott responded to the mayor’s threat during an interview on Fox News on Wednesday, noting that New York City is only getting a taste of what Texans along the border are experiencing. Abbott’s buses have taken approximately 200 migrants to New York City in the past week. In June, Border Patrol agents apprehended more than 128,000 migrants in the five Texas-based border sectors, Breitbart reported. Agents in these sectors continue to apprehend about two-thirds of all southwest border migrant apprehensions. In July, agents apprehended approximately 120,000 more migrants in the Texas-based sectors.

New York City is not the only “sanctuary city” to express concern over migrants being released in their jurisdiction. Breitbart reported last week that San Antonio city leaders are threatening to bus migrants back to the border.

In a July 27 letter from the City to U.S. Customs and Border Protection plus nonprofit shelters in Del Rio and Laredo, a request was made to limit the number of migrants bused to the local Migrant Resource Center. The center provides respite to those who do not have a departure window of less than six hours to other parts of the country. Otherwise, migrants with a departure time of less than six hours are left at bus terminals or the international airport.

Email correspondence provided to Breitbart Texas show the content and tone of conversations between CBP and a City of San Antonio representative which reference a threat to bus migrants back to the streets of Del Rio, Texas, should federal authorities fail to abide by the suggested municipal limits. The letter requests migrants bused to San Antonio from the border cities of Laredo, Del Rio, and Eagle Pass together be limited to no more than 600 per day.

San Antonio is the latest city to join other metropolitan areas expressing displeasure with the growing border crisis under the Biden Administration. In July, District of Columbia Mayor Muriel Bowser formally asked the White House for an open-ended deployment of 150 National Guardsmen per day, plus a “suitable federal location” for a mass housing and processing center to accommodate buses of migrants sent by Texas officials. Breitbart’s John Binder reported last week that the Pentagon denied the request.