The leadership of the FBI forbade agents from investigating Hunter Biden’s laptop until after the 2020 election was decided, according to whistleblowers that came forward to Sen. Ron Johnson (R-WI).

The FBI postponed investigating Hunter’s laptop because the agency was “not going to change the outcome of the election again,” the senator revealed whistleblowers’ statement on Wednesday in a letter written to Justice Department (DOJ) Inspector General Michael Horowitz.

According to the letter, the whistleblowers said the FBI did not want to investigate the laptop because it was afraid public disclosure would alter the outcome of the 2020 election:

After the FBI obtained the Hunter Biden laptop from the Wilmington, DE computer shop, these whistleblowers stated that local FBI leadership told employees, “you will not look at that Hunter Biden laptop” and that the FBI is “not going to change the outcome of the election again.” Further, these whistleblowers allege that the FBI did not begin to examine the contents of Hunter Biden’s laptop until after the 2020 presidential election—potentially a year after the FBI obtained the laptop in December 2019.

Johnson noted “the FBI cannot be trusted” to investigate Hunter’s laptop and that the FBI’s actions that led to the delay in probing the laptop should itself be investigated.

“I call on you to immediately investigate the FBI’s handling of Hunter Biden’s laptop and begin by obtaining the history of the investigative actions taken by the FBI on Hunter Biden’s laptop which should be available on the FBI’s case management system, Sentinel,” Johnson wrote. “This case file should provide valuable information about the steps the FBI took to examine the laptop.”

The FBI’s leadership decision to “undermine” the investigation into the laptop likely impacted the establishment media’s decision to call Hunter’s laptop Russian disinformation during the presidential election.

We want to emphasize that we do not know if the emails, provided to the New York Post by President Trump’s personal attorney Rudy Giuliani, are genuine or not and that we do not have evidence of Russian involvement — just that our experience makes us deeply suspicious that the Russian government played a significant role in this case. (emphasis added)

It took CNN 532 days to admit Hunter’s “laptop from hell” was authentic after the initial story broke on October 24, 2020 — notably calling it “Russian disinformation” and “made up” at the time. CNN’s former president Jeff Zucker also labeled Hunter’s laptop story as a “Breitbart… rabbit hole” and unworthy of coverage.

The assistant attorney general for the DOJ’s National Security Division, Matthew Olsen, has since confirmed to Rep. Matt Gaetz (R-FL) in a congressional hearing the agency is investigating Hunter. According to a CNN report in July, Trump-appointed United States prosecutor David Weiss is deliberating whether Hunter and associates “violated money laundering, campaign finance, tax and foreign lobbying laws, as well as whether Hunter Biden broke federal firearm and other regulations,” multiple CNN sources said.

Hunter Biden is the subject of a brand new narrative film My Son Hunter, marking Breitbart’s expansion into film distribution. It’s the story the establishment media don’t want you to see. It’s available for PRE-ORDER NOW at MySonHunter.com. The film becomes available for streaming and downloading September 7. 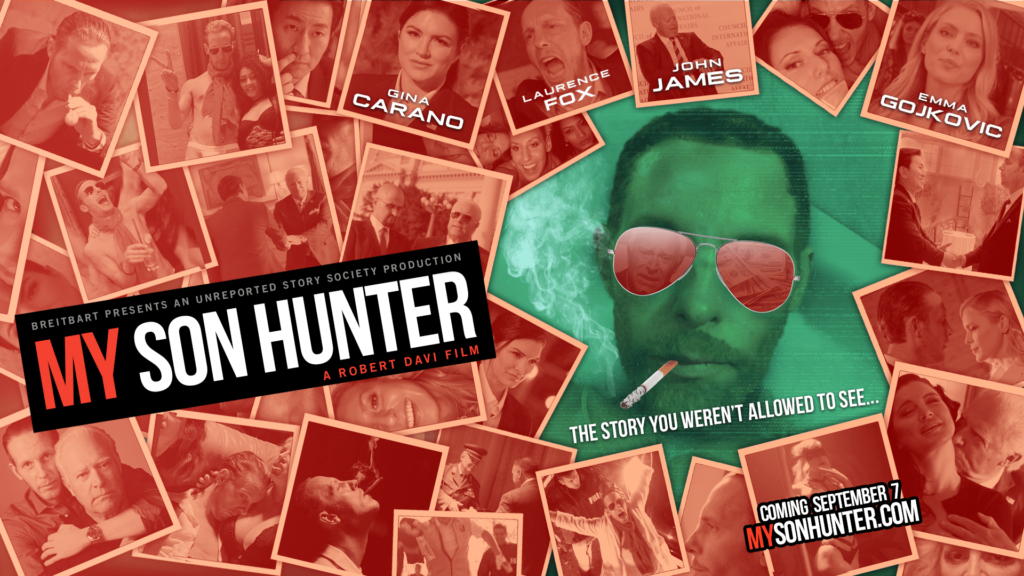