The White House and Justice Department (DOJ) reportedly agreed to hide President Joe Biden’s classified document scandal from the American people until it leaked to the press, despite their repeated claims of transparency.

Not only did the White House and DOJ try to obscure the scandal from public view, but they also refused to divulge that the second trove of classified documents were already unearthed at Biden’s home in Wilmington when CBS News first contacted the White House about the initial leak of classified documents apparently illegally stored at the Biden Penn Center, according to the Washington Post: “Early on, Biden’s attorneys and Justice Department investigators both thought they had a shared understanding about keeping the matter quiet,” the Post admitted, noting the Biden administration’s attempt to conceal revelations of the second trove of stashed documents.

“CBS News was the first news organization to learn of the matter, contacting the White House on Jan. 6 to ask about the Penn Biden Center documents,” the report continued. “White House officials confirmed the scoop, but since the investigation was ongoing, they decided not to offer any additional details — including the critical information that a second batch of documents had been discovered at Biden’s home.”

That the Biden administration tried to conceal the scandal contradicts their claims of transparency.

“There was transparency in doing what you’re supposed to do when these items were discovered,” White House press secretary Karine Jean-Pierre falsely claimed on January 12. 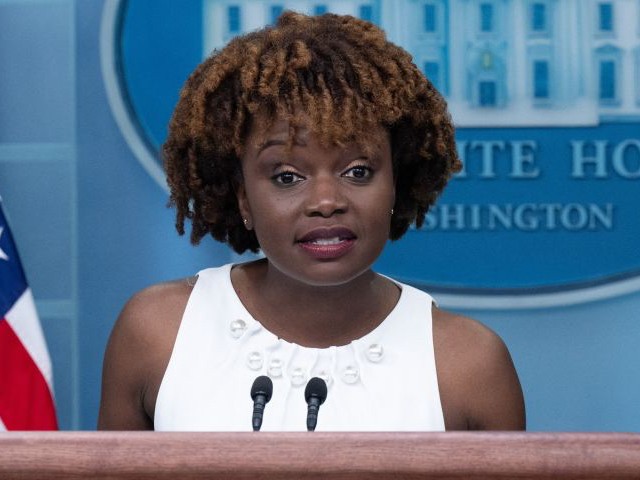 Karine Jean-Pierre speaks during a press briefing in the Brady Press Briefing Room of the White House in Washington, DC, May 5, 2022. (SAUL LOEB/AFP via Getty Images

Since the Justice Department appointed a special prosecutor, the White House has provided little transparency. “I’m just going to continue to be prudent here. I’m going to let this ongoing review that is happening — this legal process that is happening — let that process continue under the special counsel. We’re not — I’m not — going to comment from here,” Jean-Pierre said Tuesday.

Critics have questioned why Biden’s personal attorneys were initially searching for Biden’s illegally stashed documents. The White House has failed to provide the initial reason or cause for the search.