“This is a bottom-up thing that’s going on, like the Tea Party was bottom-up, and one of the obstacles we always have is the Republican establishment. First of all, they take credit for all the success of the grassroots. They look upon Breitbart, or Blaze, or me; they sort of cringe at us, ‘Oh, we’re not like them.'”

Republicans benefit from the conservative news media’s provision of audiences, analyses, and information.

“On the other hand, [Republicans receive] the benefits of what we build — the audiences, the information, the substance we provide them. [Our work] provides them with majorities often.” 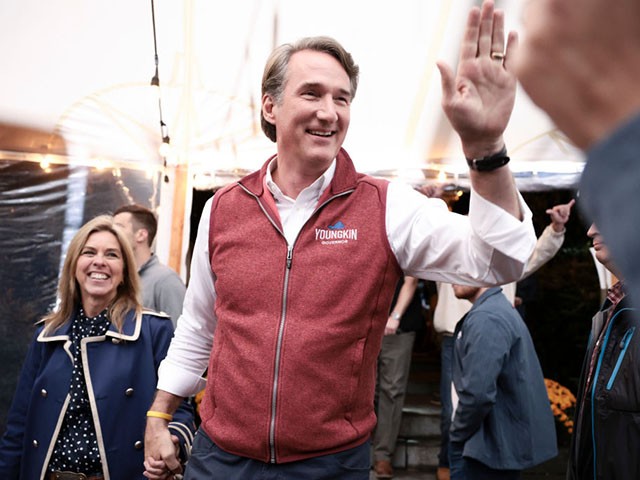 WARRENTON, VIRGINIA – OCTOBER 29: Republican gubernatorial candidate Glenn Youngkin and Suzanne Youngkin greet people as they arrive at the the Inn at Vint Hill on October 29, 2021 in Warrenton, Virginia. Youngkin is on a campaign bus tour across the state of Virginia as he contests Democratic candidate and former Virginia Gov. Terry McAuliffe in the state election that is less than a week away on November 2. (Photo by Anna Moneymaker/Getty Images) 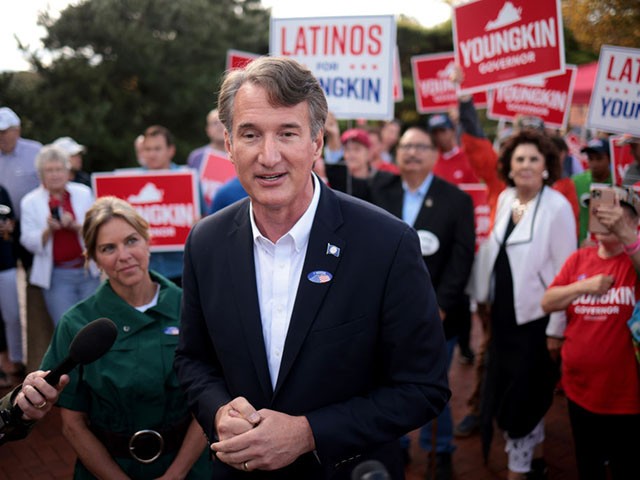 Glenn Youngkin speaks to members of the press after casting an early ballot September 23, 2021, in Fairfax, Virginia (Photo by Win McNamee/Getty Images).

“Enough is enough,” he stated. “This is why I’ve been fighting these people my entire life, and I’m going to keep fighting these people my entire life. They look at Virginia. They take credit for it. No, no, no. The parents, the taxpayers, the people rose up from the bottom. There’s a movement going on right now in front of our eyes. They should embrace it. We should build on it.”

He concluded, “We need to push the culture back. Virginia was one battle in a long series of battles that have to take place. It’s a political battle over the culture. Andrew [Breitbart] said it, he’s right, and we’re losing the culture. Even when we win elections, they control the colleges. They control the universities. They still control the elementary schools and the middle schools and our high schools.”