A huge “Free Milo” chalk slogan was spotted on campus at the University Of California, Irvine today after Breitbart Tech editor Milo Yiannopoulos was banned from Twitter on Tuesday.

Yiannopoulos visited the college as part of his “Dangerous Faggot” tour in June, performing a speech on “Law and Order” while dressed in a camp sleeveless police uniform. 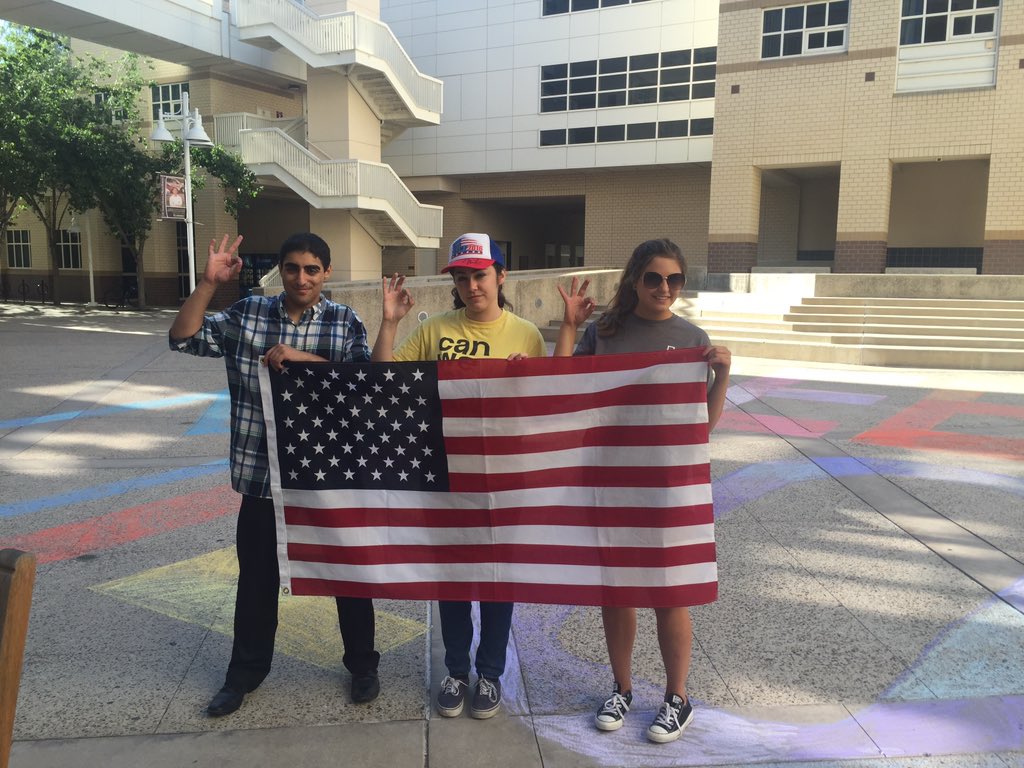 The UC Irvine College Republicans, who recently won a widely-covered battle with college administrators over their invitation of Milo, have taken responsibility for today’s chalking. Members of the College Republicans, including their President, Ariana Rowlands, posed for a photo next to the slogan.

Rowlands also released a video statement, which can be watched below.

The UCI College Republicans have issued the following statement, calling on other free speech defenders to chalk similar slogans on their campuses:

UCI College Republicans calls on all defenders and believers of Free Speech and equal treatment for all regardless of political philosophy, to demand that Twitter reinstate Milo Yiannopoulos and end its practice of censoring conservative speech. Twitter will permanently ban popular conservatives for jokes but will leave up ISIS accounts actively recruiting terrorists, and does not equally apply its rules and their punishments. Twitter claims to be the bastion of Free Speech in the social media world but Twitter CEO Jack Dorsey prioritizes political feuds and vendettas over public safety. Leslie Jones, the very person Jack Dorsey claimed to protect by banning Yiannopoulos has now received more backlash and negative comments as a result of the ban. At the end of the day, only one person wins from banning Milo Yiannopoulos from Twitter: Jack Dorsey.

President Rowlands also released a longer statement in a post on Medium this Wednesday, quoted below. You can read the full version here.

Yesterday, Twitter chose to permanently suspend the account of Breitbart editor Milo Yiannopoulos, following complaints of harassment by actor Leslie Jones. Twitter, as a private company, did have the right to suspend Yiannopoulos based on his speech: he did, of course, agree to the service’s terms and conditions while signing up. However, I believe that the suspension was not because of any service violation, but rather an opening shot in a war against speech they disagree with.

It is incumbent upon us, as users of Twitter and advocates of free speech, to be mindful that while all speech should be allowed, not all speech is necessarily appropriate. I do not believe that blatant attacks on a person based on their race, gender, or religion, for instance, are necessary or constructive towards meaningful debate. We should be careful that what we say advances our position and ideology, not just attacks for the sake of attacking. We are in a war of culture which we can win only by convincing others to join our cause. We only make ourselves out to be the villain when we attack and degrade.

Yiannopoulos’ ban from Twitter prompted the hashtag #FreeMilo to trend at number one worldwide, and he has since been regarded by media as a martyr for free speech.