A former ESPN employee has filed a lawsuit alleging that ESPN host John Buccigross engaged in sexually abusive behavior, including sending inappropriate photos and attempting to initiate a sexual relationship.

Former ESPN legal analyst Adrienne Lawrence filed an 85-page lawsuit alleging that the sports cable network sexually discriminated against her and foists a hostile work environment on female employees, according to Daily Mail.

“ESPN is, and always has been, a company rife with misogyny,” Lawrence claims in her lawsuit.

The former ESPN analyst specifically cited fellow host John Buccigross who she claims made unwanted sexual advances toward her.

“After reaching out to her with the promise of mentorship, Buccigross exploited his position of authority over her by calling her ‘doll’ and coercing her to join him for dinner given his limited availability,” Lawrence said in her filing. 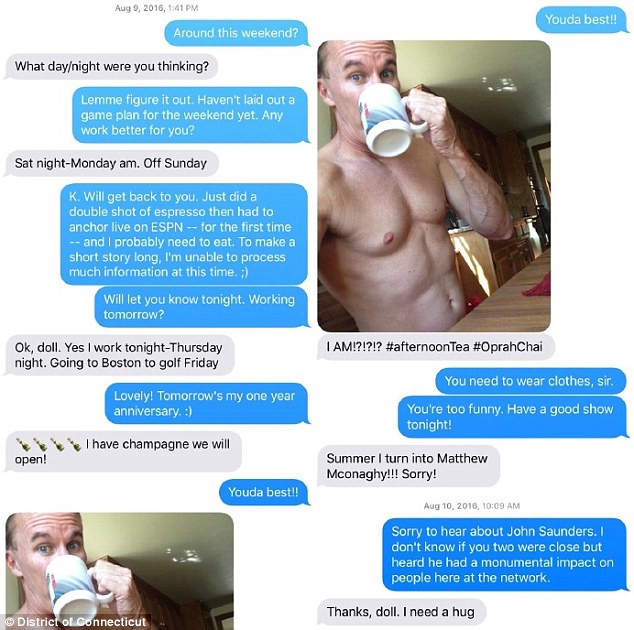 But it is the charges against Buccigross that take center stage in the filing.

Lawrence provided information that Buccigross sent her inappropriate images via text. Along with a shirtless photo, texts show that Buccigross continuously called Lawrence “doll,” told her that they should share a bottle of champagne, and said that he “needs a hug.”

Despite the claim, Hill herself later released a statement denying that Berman did any such thing.

ESPN denies all of Lawrence’s accusation, especially where it concerns her relationship with Buccigross. The cabler replied to the accusations saying the pair, “had a consensual, personal friendship that spanned months,” and added that Lawrence’s allegations were “entirely without merit.”