Dallas Mavericks Owner Mark Cuban went all in for vaccinations Wednesday, saying that he demands that all his employees get vaccinated because he has children.

Appearing on Wednesday’s edition of the 10 Questions podcast, Cuban said he would not “shut the hell up” about the coronavirus vaccine, Mediaite reported.

Cuban agreed that at some level, medical decisions are a personal choice, but he added that “there’s consequences that come with that.”

He went on with a profane rant against those who don’t want to take the vaccine and insisted that anyone working for him won’t have the choice.

“If you work for me, I require my employees to be vaccinated unless there’s a doctor’s reason where they can’t be,” he said. “Like you, I don’t want my kids to be at risk. So, the consequences of you not being vaccinated is I’m not gonna shut the fuck up. I’m gonna be in your motherfucking ear driving you motherfucking crazy.” 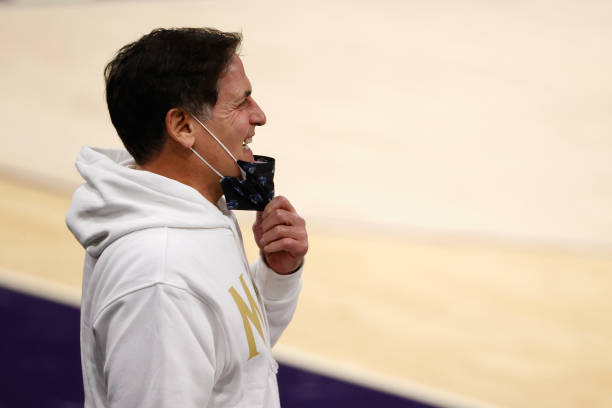 PHOENIX, ARIZONA – DECEMBER 23: Dallas Mavericks owner, Mark Cuban reacts to players during warm-ups to the NBA game against the Phoenix Suns at PHX Arena on December 23, 2020 in Phoenix, Arizona. NOTE TO USER: User expressly acknowledges and agrees that, by downloading and/or using this Photograph, user is consenting to the terms and conditions of the Getty Images License Agreement. (Photo by Christian Petersen/Getty Images)

Cuban claimed that vaccinating everyone who can be vaccinated will help protect those who can’t be vaccinated, including cancer patients.

“We’ve had cancer patients that are lifelong Mavs fans as well come to us and say, ‘Oh my God, this is the only place I feel as safe as I can be,'” Cuban exclaimed. “There are 16.9 million cancer survivors in this country. And there are 75 percent of people who have gotten at least one vaccination shot. We have to give consideration to them as well.

“I’d rather feel good knowing that someone who’s immunocompromised or a cancer survivor is going to feel as safe as we can possibly make it coming to a game,” he said.

In September, the Mavericks announced that all fans who want to attend the game at American Airlines Center would have to show proof of vaccination. In addition, to cut down on contact transmission, the team also banned cash at the arena’s concession stands, bars, and merchandise stands.