Los Angeles’ Staples Center, home of the Lakers, Clippers, and Kings, will be renamed Crypto.com Arena on Christmas Day.

AEG, the group that owns and operates Staples Center, announced the name change on Tuesday. The facility has been known as the Staples Center for 22 years. 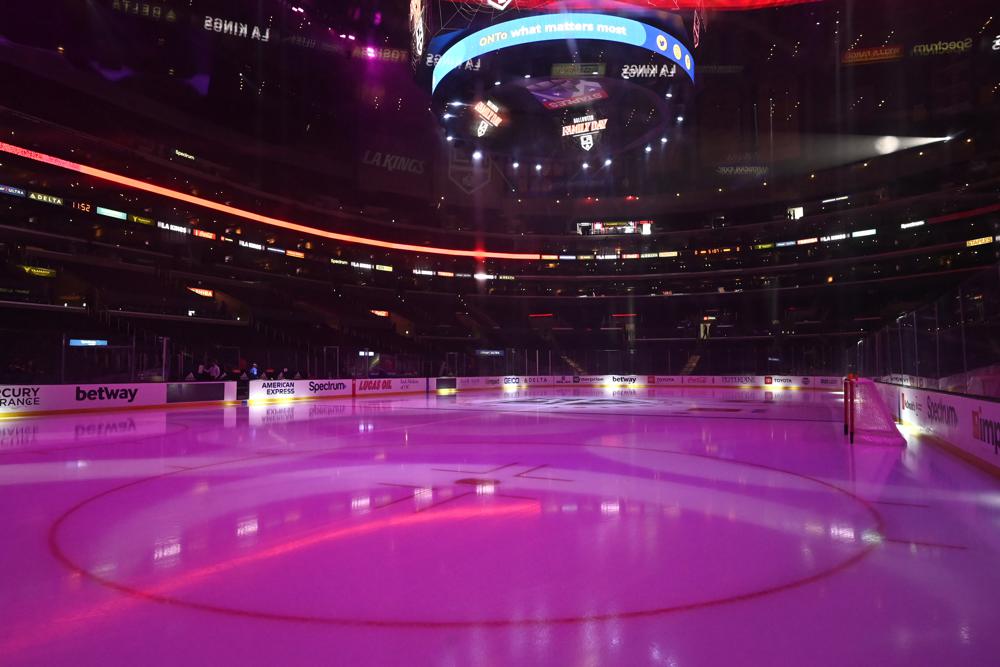 The ice at Staples Center is illuminated before an NHL hockey game between the Los Angeles Kings and the Buffalo Sabres, Sunday, Oct. 31, 2021, in Los Angeles. (AP Photo/Jayne Kamin-Oncea)

“A person with knowledge of the deal tells The Associated Press that Crypto.com is paying $700 million over 20 years to rename the building,” the Associated Press reports. “The person spoke on condition of anonymity because the parties aren’t publicly announcing the terms of what’s believed to be the richest naming rights deal in sports history.”

The Staples Center name change is a significant landmark achievement for the growth of cryptocurrency in the world of sports naming rights. Other Crypto.com naming rights purchases include, “Formula One, the UFC, Italy’s Serie A, Paris St-Germain and the NHL’s Montreal Canadiens — while also purchasing the Philadelphia 76ers’ uniform sponsorship patch.”

LOS ANGELES, CALIFORNIA – NOVEMBER 10: The Bitcoin logo is displayed on the side of a Bitcoin ATM on November 10, 2021 in Los Angeles, California. The price of the cryptocurrency hit a new record high today nearly breaking through $69,000 as inflation has risen to a level not seen in 30 years. (Photo by Mario Tama/Getty Images)

Founded in 2016, Crypto.com is an exchange specializing in cryptocurrency. The company is headquartered in Singapore.