International Olympic Committee President Thomas Bach has finally spoken out about China but has dismissed all concerns of China’s genocide of the Uyghurs, calling it merely a “political” issue.

During a press conference this week, Bach insisted that the IOC does not engage in politics, according to the Guardian.

Despite wide international condemnation of China’s genocide against the Uyghurs, Bach defined the issue as simply a political discussion between nations.

“Our position must be not to comment on political issues,” Bach exclaimed, dismissing questions on China’s genocide against the Uyghurs.

“If we take a political standpoint and get in the middle of tensions, disputes, and confrontations, then we are putting the Games at risk. We can’t have the Games staged only between nations whose governments agree with each other,” he said.

“We can only unite countries in sport if the Olympics stands above political issues,” he added. “We must be politically neutral and not become a tool to achieve political goals.” 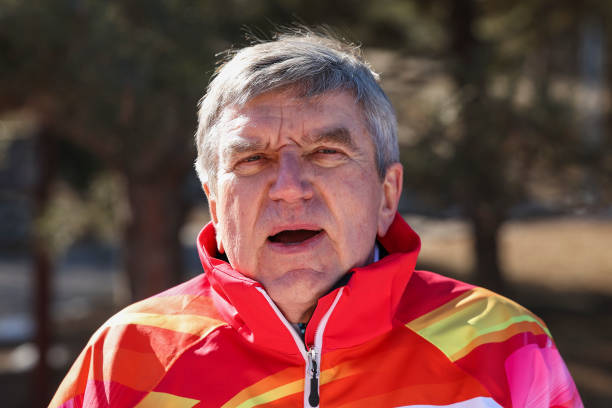 But if Bach wants a “united” issue, condemning China for its genocidal actions against the Uyghurs would seem to be the issue. Most countries have accused China of genocide and blasted the communist nation for its human rights abuse record.

A far-reaching group of 43 countries have registered their complaints at the United Nations against China over the red giant’s human rights abuses. And the condemnation is nothing new, either.

A declaration condemning China for its human rights abuses goes back to 2014 when the group of 43 nations filed their complaint at the UN, according to Human Rights Watch.

“Human Rights Watch has determined that the mass detention, torture, forced labor, and other abuses committed against Turkic Muslims in Xinjiang amount to crimes against humanity. UN member countries should not only demand Beijing end those abuses but also support international efforts to hold those responsible to account,” the organization added. 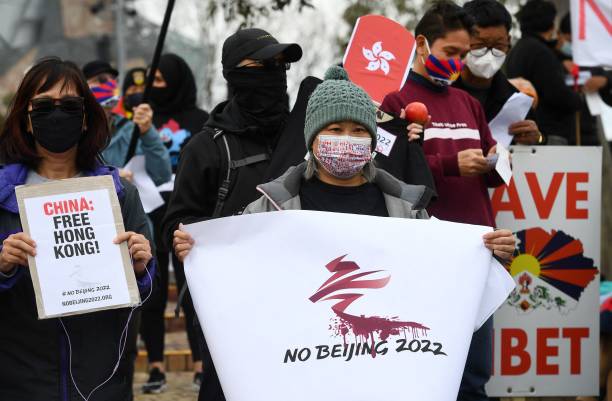 Activists, including members of the local Hong Kong, Tibetan, and Uyghur communities, hold up banners and placards in Melbourne on June 23, 2021, calling on the Australian government to boycott the 2022 Beijing Winter Olympics over China’s human rights record. (Photo by WILLIAM WEST/AFP via Getty Images)

At the time, China was defiant and blasted the UN, saying that “China’s internal affairs [will] brook no interference.”

Opposition to China’s abuses of its Christian, Muslim, and minority citizens has hardly “political.” It is a humanitarian issue, not merely politics.