According to ESPN, instead of forcing the Russian team to sit on the sidelines, FIFA has decided that Russia will now play as the “RFU,” or the “Russian Football Union,” instead of the Russian National team.

In its unanimous decision, FIFA also decided that the Russian team may not use Russia’s national flag or its national anthem. 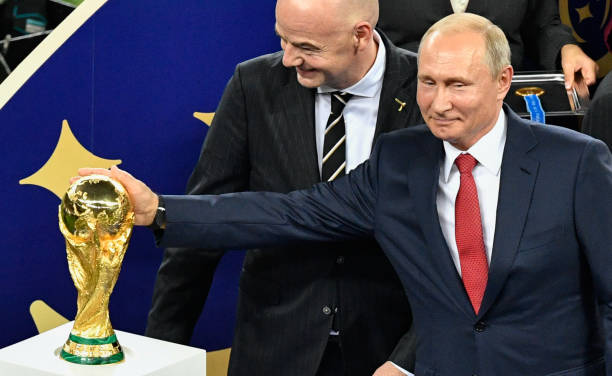 Russian President Vladimir Putin (R) caresses the trophy next to FIFA president Gianni Infantino (C) during the trophy ceremony at the end of the Russia 2018 World Cup final football match between France and Croatia at the Luzhniki Stadium in Moscow on July 15, 2018.

The decision was made even though organized soccer does have a precedent set to exclude teams during wartime.

For instance, FIFA and the Union of European Football Associations (UFEA) excluded Yugoslavia in 1992 after the UN-sanctioned the country for initiating its war on the Balkans.

Despite FIFA’s ruling to allow Russia to play, the British, Polish, Swedish, and Czech soccer federations announced that they would not play Russia in the finals.

In addition, France football federation president Noel Le Graet told the media that his organization is also leaning toward a boycott of Russia. 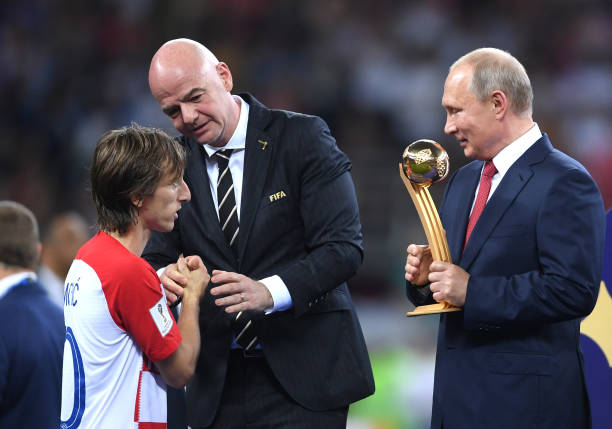 “The world of sport, and in particular football, cannot remain neutral,” Le Graet, who sits on the ruling FIFA Council, said on Sunday.

These decisions, though, would technically violate FIFA’s member rules and could conceivably result in disciplinary actions and fines.