FIU coach Mike MacIntyre, who was defensive coordinator at Ole Miss during Luke’s time on the team and is in his first season at FIU, announced Luke’s death today:

Words cannot express the heartfelt sorrow we feel because of the passing of our teammate and friend, Luke Knox. … I had the honor of coaching Luke at Ole Miss and at FIU. While I admired his passion for football, his genuine love for his family and teammates is what I will always remember. He had a special way of making everyone around him feel comfortable and confident. Luke’s family is special to me and they will continually be in my heart and my prayers during this difficult time. On behalf of the entire FIU football family, I extend sincere condolences to Luke’s family and all who love him. 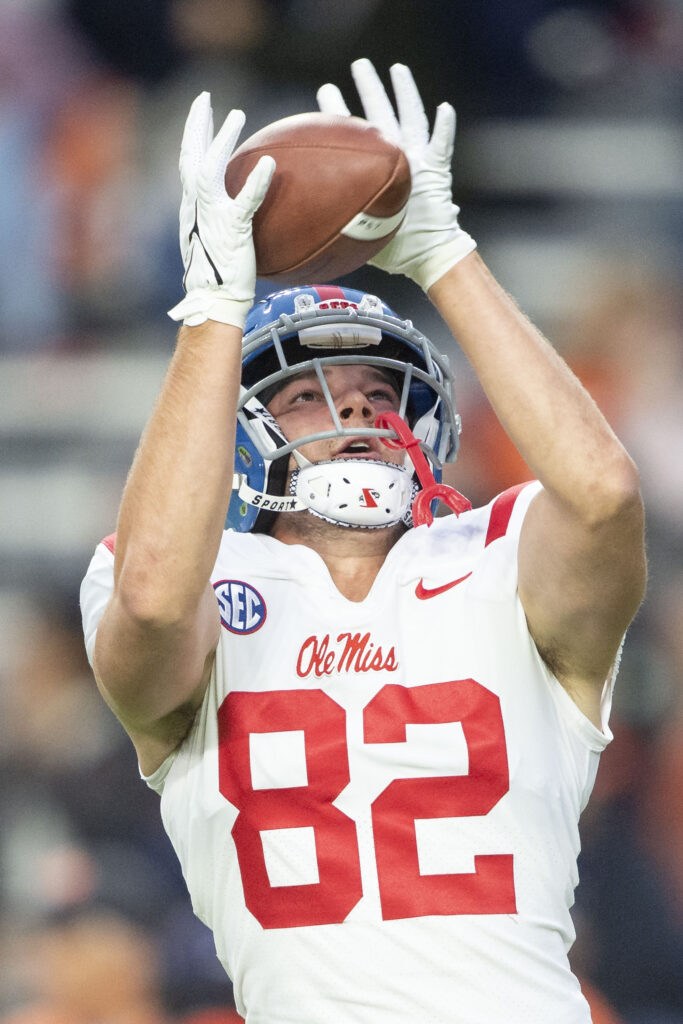 Luke Knox #82 of the Mississippi Rebels prior to their game against the Auburn Tigers at Jordan-Hare Stadium on October 30, 2021 in Auburn, Alabama. (Michael Chang/Getty Images)

Our hearts go out to Dawson and his family at this time, and we’re right there with him and supporting him and his family. Just tragic news that I woke up to this morning. We love him and we support him and just unfortunate news this morning.

“A cause of death for Knox was not revealed. FIU said police did not suspect foul play,” USA Today reported.

Luke Knox, who was from Brentwood, Tennessee, primarily played special teams during his time at Ole Miss, and he had 11 tackles in his four seasons there. He switched to tight end in 2021 though appeared as a linebacker on FIU’s roster this season.

Luke was studying business, according to the report.

Today our panther family is mourning the loss of student-athlete Luke Knox. Our thoughts are with his loved ones and friends.

Students who feel affected by this tragedy, or need any kind of support, can reach out to Counseling and Psychological Services, 305-348-2277. pic.twitter.com/QrXwCapGyg