LeBron James’ recently signed $97 million deal makes him the highest-paid player in the history of the NBA, but a considerable portion of that wealth is contingent on the league’s lucrative financial dealings with slave-labor-loving communist China.

In addition to his record-breaking earnings, LeBron has made a name for himself over the years for his outspoken political activism. However, the Laker star’s activism for social justice causes is noticeably muted when speaking up would adversely affect his financial interests with communist China, according to Peter Schweizer’s book Red-Handed: How American Elites Get Rich Helping China Win.

As explained in Red-Handed, the NBA has long coveted expanding its business ventures in communist China.

In 2002, the 7’6 foot Yao Ming brought the attention of the world’s most populous nation to a sport that was looking to expand. The arrival of Yao “The Great Wall” Ming gave the NBA the ability it had sought for so long — to sell professional basketball to Red China. Having long since shunned any concerns about human rights, slave labor, political imprisonment, or freedom of the press, the NBA and its players signed long-term business deals in China worth billions of dollars.

Over the years, these business ties made the NBA beholden to communist China. 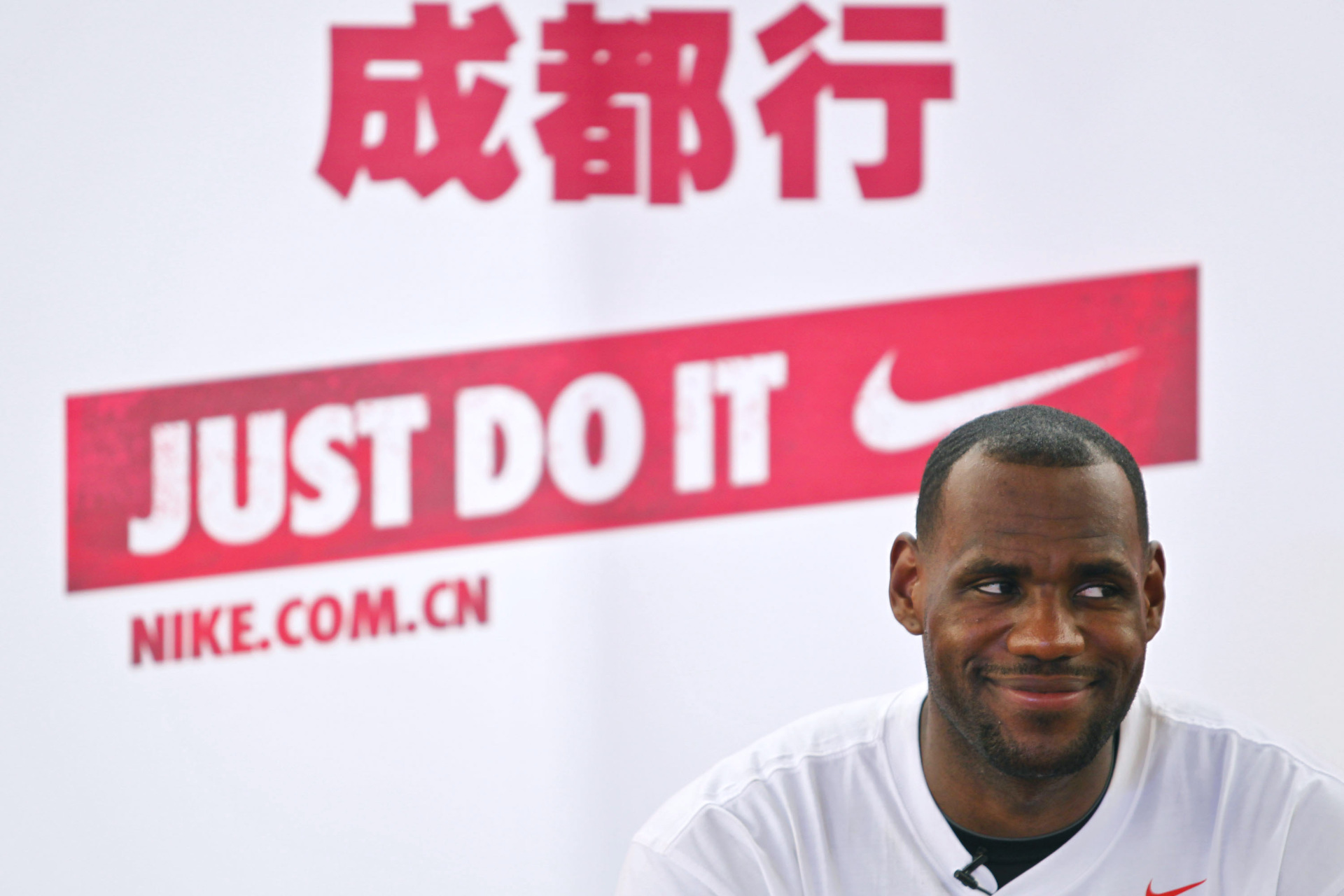 This fact was put on display, as Schweizer explains, in October of 2019 when then-Houston Rockets General Manager Daryl Morey sent out a simple tweet that ignited a geopolitical firestorm. Morey tweeted, “Fight for Freedom, Stand with Hong Kong.”

The tweet enraged the Chinese, who reacted by canceling business deals with the NBA and pulling Rockets merchandise from shelves across China. This was no small rebuke, seeing as how the Rockets were the most popular team in China due to Yao Ming once playing center for the team. LeBron James weighed in on the controversy, blasting Morey for not being “educated” on the situation in Hong Kong.

“You know, when you’re misinformed, or you’re not educated about something, and I’m just talking about the tweet itself, you never know the ramifications that can happen,” LeBron said. “So many people could have been harmed, not only financially, but physically, emotionally [and] spiritually.”

LeBron was never quite clear about how Morey was “misinformed” about the Hong Kong protesters who were rallying in opposition to an extradition law that violated their civil liberties and sovereignty. But LeBron’s own silence about the situation in Hong Kong spoke volumes. Despite his past support for police reform, he remaining utterly silent about the brutality the Hong Kong protesters were being subjected to by police forces aligned with the communist regime in Beijing. 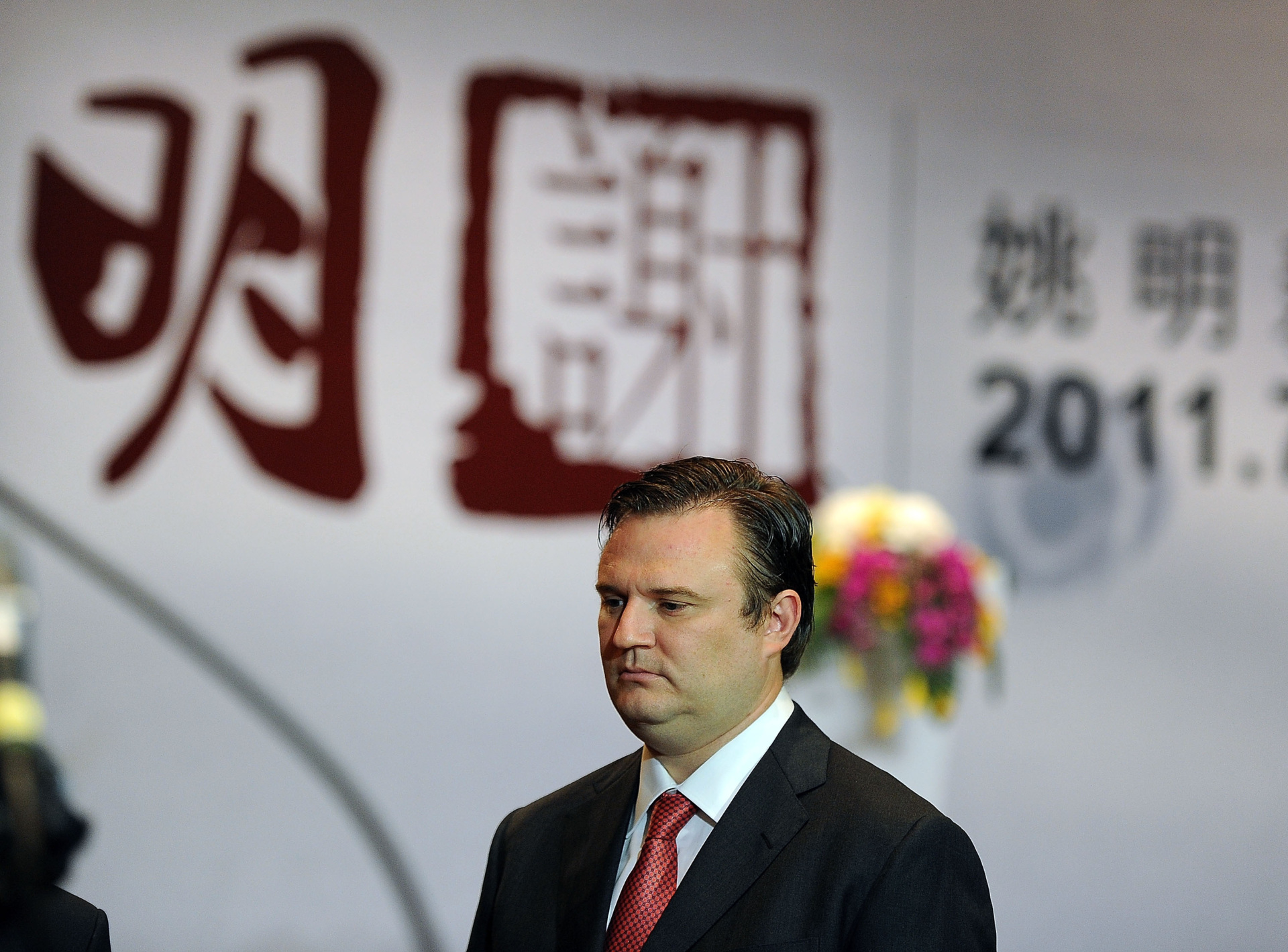 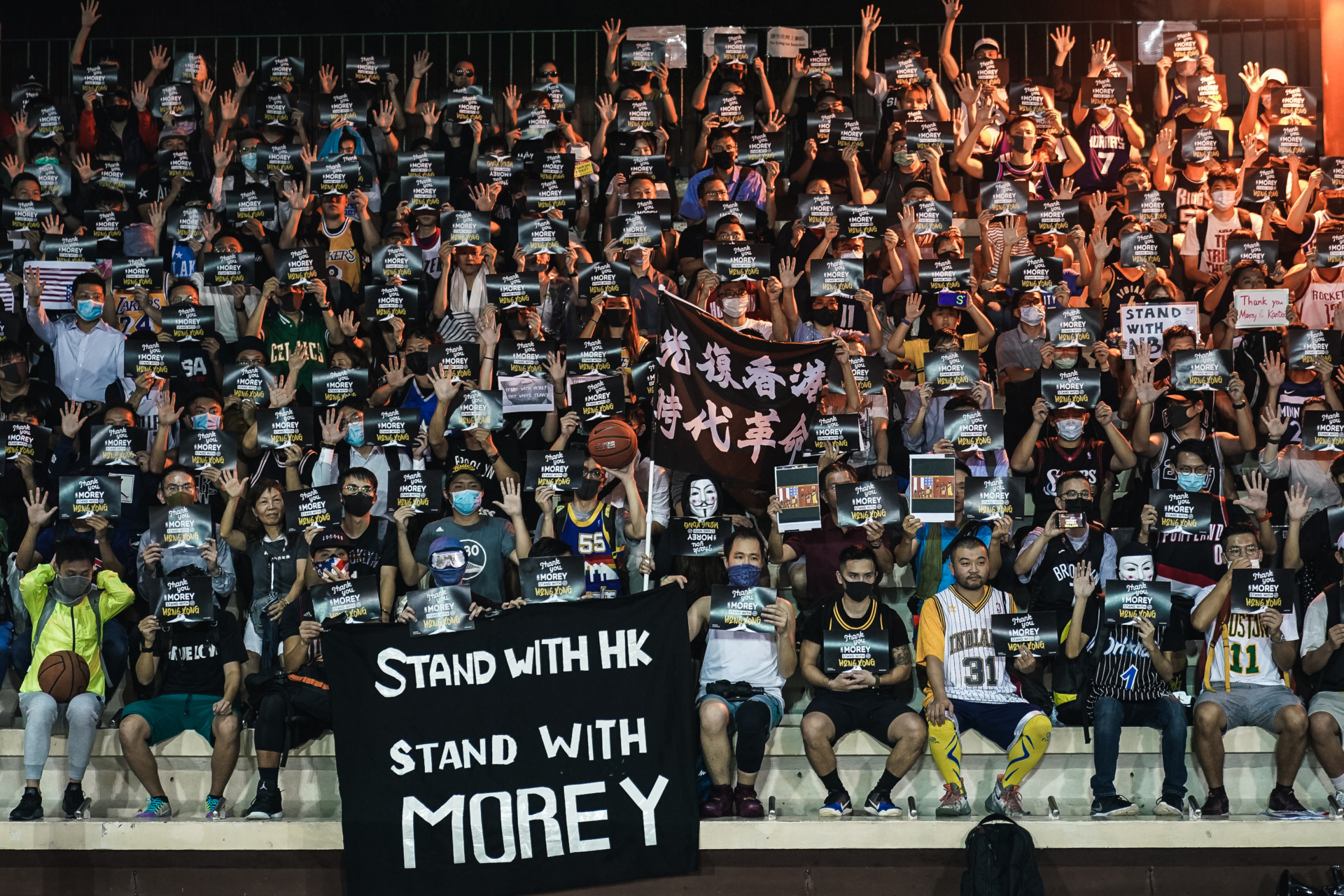 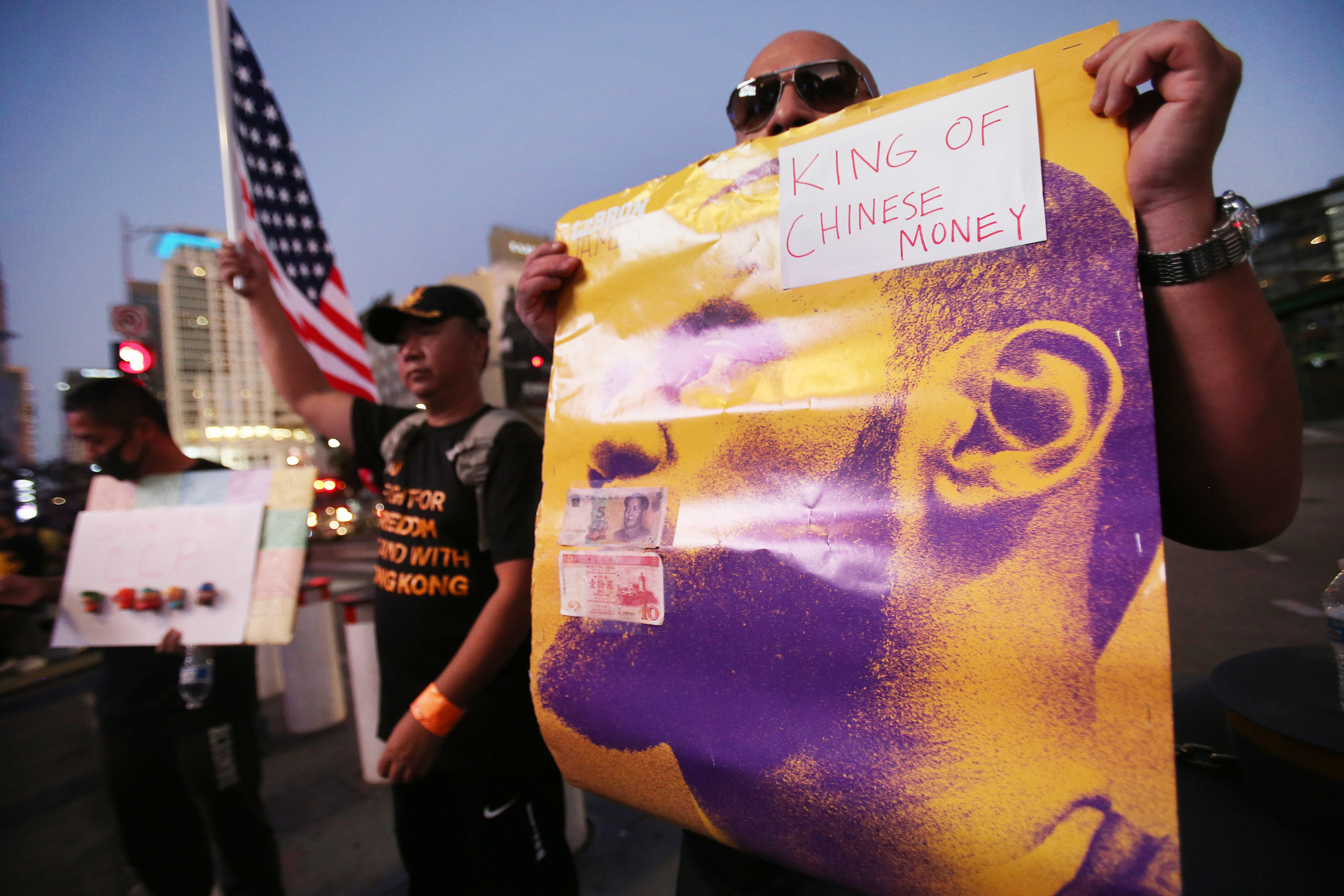 This was par for the course for the Lakers’ superstar forward, who was establishing himself as an apologist for China’s communist regime.

As Schweizer details in his book, LeBron had his sights set early in his career on becoming a global brand. In 2006, James explained, ” I say all the time, and I tell my friends and teammates, that you have to go global — in basketball and business.”

As Schweizer explains, the young phenom from Akron was so determined to embrace the business potential of China that he even contemplated learning Mandarin before making a trip to the communist country. But LeBron’s embrace of communist China came at the expense of betraying his own professed beliefs in social justice causes.

Schweizer’s book highlights one of the most egregious examples of LeBron’s convenient silence about oppression to appease his Chinese communist business interests.

As Schweizer writes in Red-Handed:

In 2007, black Sudanese Christians were being slaughtered in Darfur by a regime backed by the Chinese government. In all, an estimated200,000 to 400,000 were killed. Beijing provided the regime with political support and was the Sudanese government’s chief trading partner. The unfolding atrocities gave rise to a movement calling on Beijing to stop supporting Sudan. A letter to the Chinese government was written by one of James’s teammates on the Cleveland Cavaliers. Every player on the team signed the letter, save two. One, a backup guard, had a shoe contract with a Chinese company. The other was superstar LeBron James. After howls of protest, James eventually did come out with a muted statement about human rights.

This pandering to China has been quite beneficial to LeBron, as Schweizer explains:

James has a sizable contract with the sports apparel company Nike. While based in the United States, it does huge business in China and views itself as a Chinese company. (Nike’s then CEO Mark Parker startled investors on a 2019 earnings call when he declared that Nike “is a brand of China, for China.”) Beyond selling his jersey in China, James also has an exclusive arrangement that caters to the Chinese elite. The superstar releases some of his coveted shoes in China first, before fans in the United States can get access to them. At the same time, he has a line of Chinese-themed shoes that are available only in China, called “China” editions. They are “inspirations from deep within Chinese history and culture ingrained into the design of the shoe.”

James also has an enormous presence in the country, courtesy of Chinese media companies. James starred in a movie called More than a Game, which was coproduced by a Chinese company called Xinhua Sports and Entertainment, and was distributed by the state-owned China Film Group Corporation. How much they paid James for the movie is not clear. Similarly, he works as a spokesman for a variety of companies selling their products in China. During the off-season, James travels the Chinese mainland playing games. He even dedicated a basketball court in the People’s Republic.

Red-Handed, published by Harper-Collins, landed at number one on the New York Times bestseller list for five weeks since its release last January. Schweizer is the president of the nonpartisan Government Accountability Institute (GAI) and a senior contributor to Breitbart News.