Irving continued his campaign against vaccines last week by posting a video from 2002 that featured Jones warning about “plagues” being “unleashed” into society by the “New World Order.”

In the video, Jones is seen warning about a “tyrannical organization calling itself the New World Order” that he said is “releasing diseases and viruses and plagues upon us.” While the video was originally filmed in 2002, the updated video is captioned “Never Forget Alex Jones Tried to Warn Us.” And it is that updated social media clip that Irving shared.

Kyrie Irving just posted a video clip entitled “Never Forget – Alex Jones Tried To Warn Us” with Jones claiming back in 2002 that a “New World Order” would release “plagues upon us…” pic.twitter.com/sz2Ps7Fbrn

It seems clear that what caught Irving’s attention is Jones’ comments about the “diseases and viruses” being released on society. Irving has been a staunch and increasingly vocal opponent of the coronavirus vaccine mandates that kept him from earning his full salary.

Just last month, for instance, Irving called the vaccine mandates “one of the biggest violations of human rights in history.”

But after he reposted the InfoWars chief’s video, former NBA star Kareem Abdul-Jabbar blasted Irving as a “comical buffoon” and a “destructive force” for posting the video.

“Alex Jones is one of the most despicable human beings alive and to associate with him means you share his stench,” Abdul-Jabbar wrote Sunday on his Substack page. 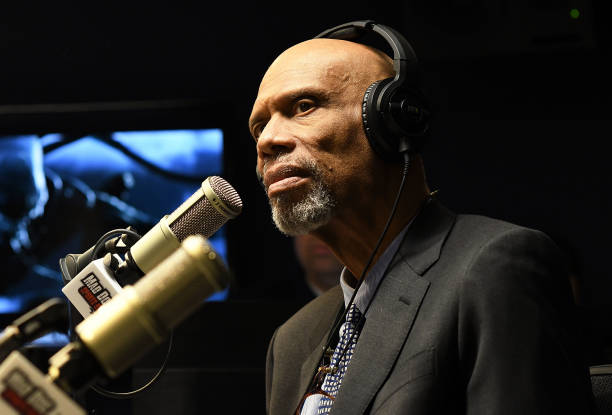 He began his attack on Irving, saying, “There is some irony in this news item coming right after the previous one about the miseducation of American youth. Because Kyrie Irving’s thought process is an example of what happens when the education system fails.”

“We might have just left him to alone to stew in his own gelatinous ignorance,” Abdul-Jabbar wrote, blasting Irving. “Rich and famous people get away with saying dumb things all the time because their money isolates them from consequences.”

“But now Irving is back and more destructive, insensitive, and just plain silly than before,” Abdul-Jabbar added. “He decided it would be a good idea to post a 2002 video clip from Infowars founder Alex Jones.”

“When I look at some of the athletes who have used their status to actually improve society– Colin Kaepernick, LeBron James, Muhammad Ali, Bill Russell, Billie Jean King, Arthur Ashe, and more — it becomes clear how much Irving has tarnished the reputations of all athletes who strive to be seen as more than dumb jocks,” Abdul-Jabbar wrote.

Abdul Jabbar has attacked Irving many times before, of course. Last year, the former NBA player called Irving “arrogant” and added that there is “no room for players who are willing to risk the health and lives of their teammates” by refusing to get vaccinated.

Jones, of course, has been hit with multiple judgments forcing him to pay damages to the families of victims of the Sandy Hook Elementary shootings that took the lives of 28 people, mostly children. Jones had claimed that the massacre was a “false flag” operation and that no one was actually killed. However, he retracted the claims and admitted that the mass shooting was “100 percent real.”