Developed by Avalanche Studios, creators of the Just Cause series, and published by Warner Bros Interactive, Mad Max is an open world, third person-action game set in the iconic post apocalyptic wasteland of the Mad Max film franchise, in which insanity and savagery run free and jerry-rigged cars rule the landscape as the remnants of mankind struggle to survive.

The game’s story is straightforward: Max’s car is stolen and destroyed; he needs to build a new one. Thankfully he meets a highly-skilled but insane hunchback mechanic who wants to create the ultimate car.

Most of the player’s time is spent accomplishing this goal, collecting scrap, ornaments, and completing side missions to unlock upgrades and abilities for both the car and Max. The world is filled with enemies: convoys, random cars, strongholds, and bandit camps are everywhere, ready to be conquered and looted in pursuit of that goal. 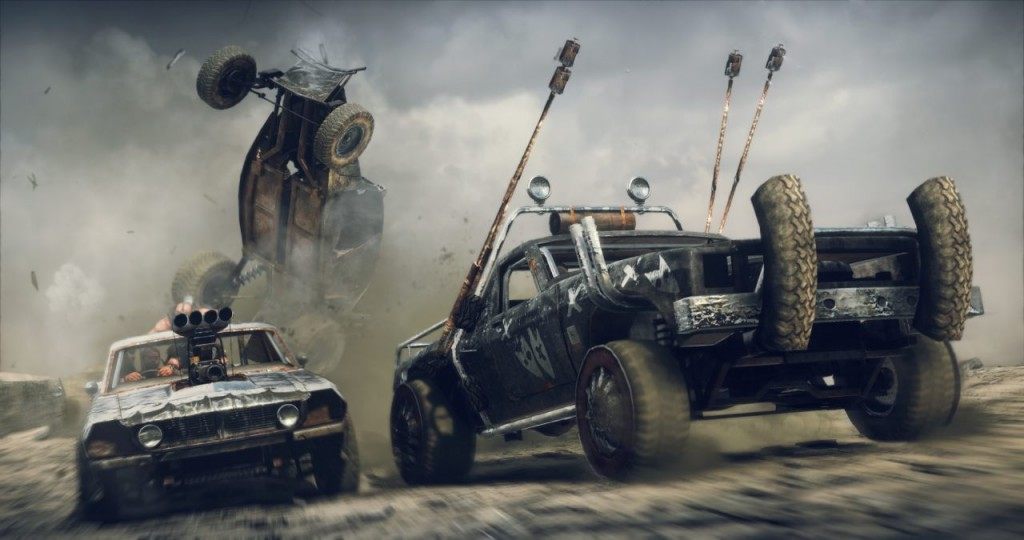 Driving is quite simple and feels good; handling changes depending on which parts you install and how heavy the car becomes, which is a nice feature for those who enjoy customizing their playing experience. Racing missions are also included, providing more unique vehicles as rewards.

Vehicular combat consists of ramming enemies cars and using weapons including a harpoon, a rocket launcher, flamethrowers, and a sniper rifle, providing decent variety. However, functions like auto-lock on and time slowing down to a crawl whenever the rocket launcher and the harpoon are used highly limit the skill ceiling and trivialise the accomplishment of destroying an opponent. Ripping out an enemy driver from his seat is too easy.

The on-foot combat system borrows heavily from the Batman: Arkham games. It is rhythm, and, to a certain extent, reaction-based. It works, but does not provide a challenge or anything rewarding. 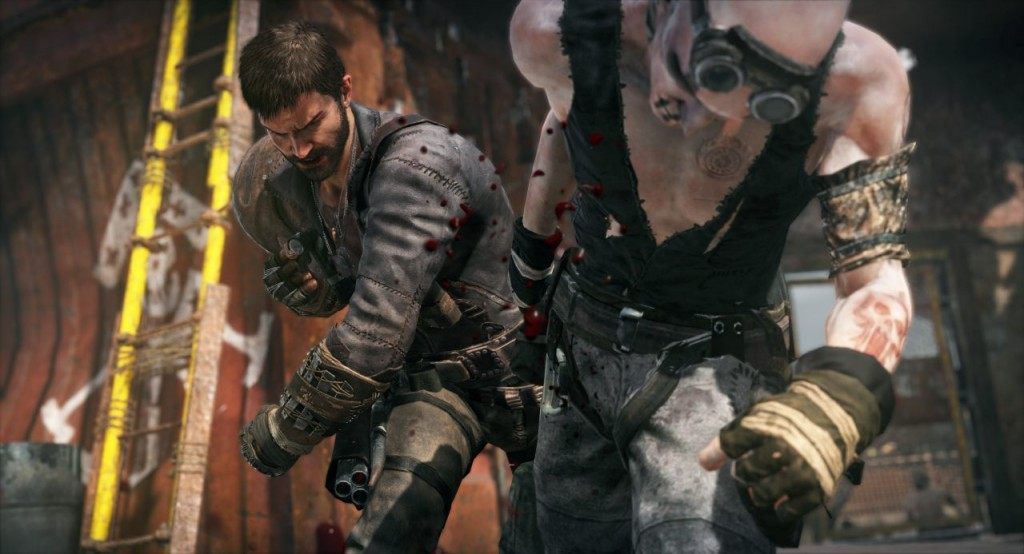 Most of the bosses, called Top Dogs, are carbon copies of one other. They do not deviate to any significant extent, which is a disappointment. Mad Max could have benefited from a version of the Nemesis system as found in Middle-Earth: Shadow of Mordor, in which the boss characters had unique traits, weaponry, strengths, and weaknesses and progressed along with the player character (until they were finally dispatched), giving the impression of a living and breathing gameworld. The absence of a similar system in Mad Max is a missed opportunity to provide some variety in the play experience.

It’s not just the enemies who feel samey. The lack of any characterization among the game’s cast makes it difficult to care about the story. Characters are flat or simply insane and merely serve as set pieces to push the player along. The only interesting and well-directed sequence is a weird dreamlike near-death experience. Even simple and extremely effective methods of manipulating the player’s emotions, like Max’s dog companion, are underutilized.

Similarly, many of the open world aspects feel disappointing. The world is littered with scarecrows to tear down, scavenging locations, and enemy camps providing lots of content. But none of it feels like an accomplishment because rewards are minimal.

For example, the reward for destroying an enemy vehicle usually yields a mere 6 to 10 scraps of material, while an upgrade costs in the range of 300. These activities serve only to lower the threat level in the region and unlock the option to buy upgrades. 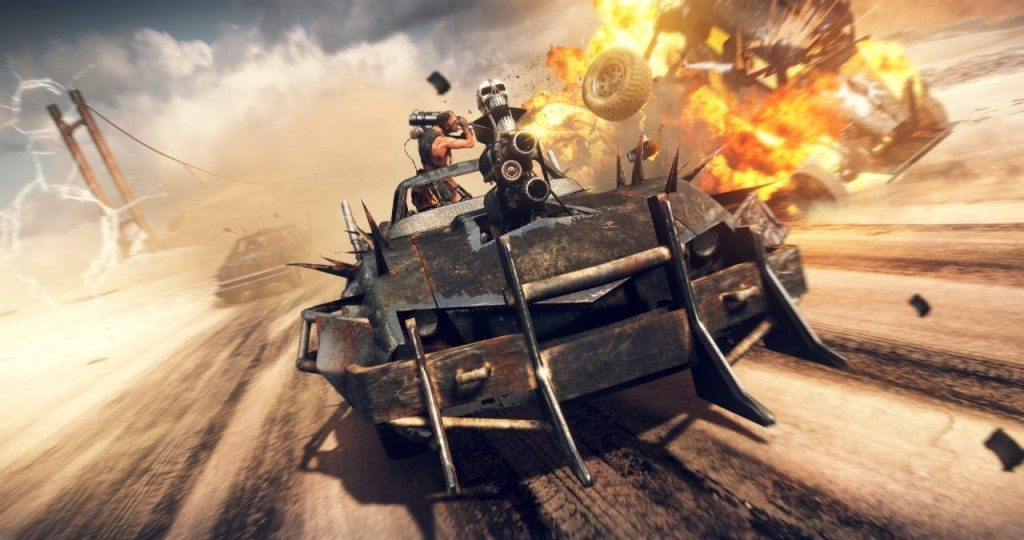 Often the player’s tasks are stretched out by menial, but thankfully short and simple, obstacles. Multiple doors that need to be blown up always have explosives conveniently a few steps away. Time is stretched with animations for picking up miniscule amounts of scrap each time and offer nothing of value.

Despite these flaws, the game is highly polished and presented well, which makes up for some of its problems. In addition, the excellent graphics and aesthetics of the post-apocalyptic wasteland do a lot of work to hold up the other material. The vast open world, with very high view distances, can be stunning at times.

It’s worth noting the PC version is highly optimized and runs superbly, as well as providing a large number of graphics customization options, a feature often missing in PC versions of AAA multiplatform titles.

Mad Max has a few great aspects, but overall it fails to impress or engage, leaving a lukewarm impression. I wouldn’t recommend it at full price, but it is certainly worth taking a chance on if you enjoy open world mayhem once it goes on sale.