When constituents complain about their elected representatives’ behaviour, you would think they’d be obliged, as public servants, to listen.

Not so for Alondra Cano, City Councillor for Minneapolis’ 9th ward. When her constituents wrote to complain about her participation in a disruptive Black Lives Matter protest in the city, her response was to reveal their personal details on the Internet.

Cano, along with other Black Lives Matter supporters, took part in an unauthorised protest at Minnesota’s Mall of America on Christmas Eve — one of the busiest shopping days of the year. Police ordered the protesters to disperse and made 13 arrests. Protesters then moved on to Minneapolis-St.Paul International Airport, where they caused “significant traffic backups,” according to employees.

A number of constituents subsequently emailed Cano to complain about her participation in the unlawful and disruptive protest. Instead of engaging with the people she was elected to serve, Cano instead took to Twitter to publicly shame them in front of her 1,900-plus Twitter followers.

The screenshots she posted included the personal details of her constituents, including full names, addresses, and phone numbers.

After being called out on her behaviour by other Twitter users, Cano deleted the tweets, but she has yet to offer an apology to her constituents. Instead, she complained about being “targeted” and contended that she was merely “exposing racism.”

She also complained she was being targeted by “the most horrific, racist, sexist” part of the Twitter universe, which she identified as (wait for it!) GamerGate, the online movement of gamers fighting for higher journalistic standards and less censorship in video games. We’re not making this up.

Archives of her tweets remain on the Internet. Breitbart Tech has also obtained screenshots, which can be seen  below. Unlike Councilwoman Cano, we have redacted the personal information of her constituents to protect their privacy. 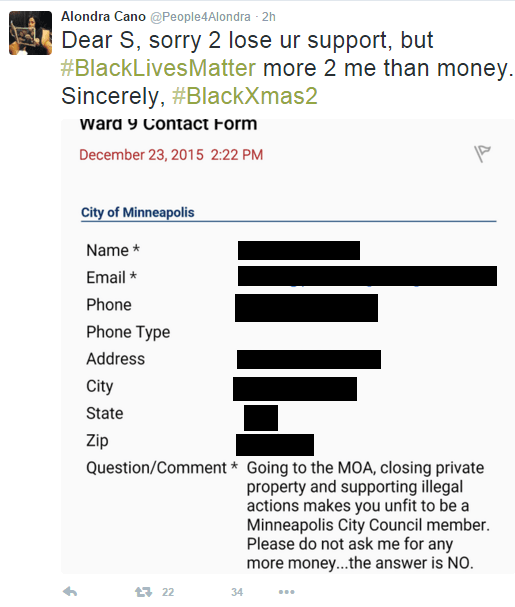 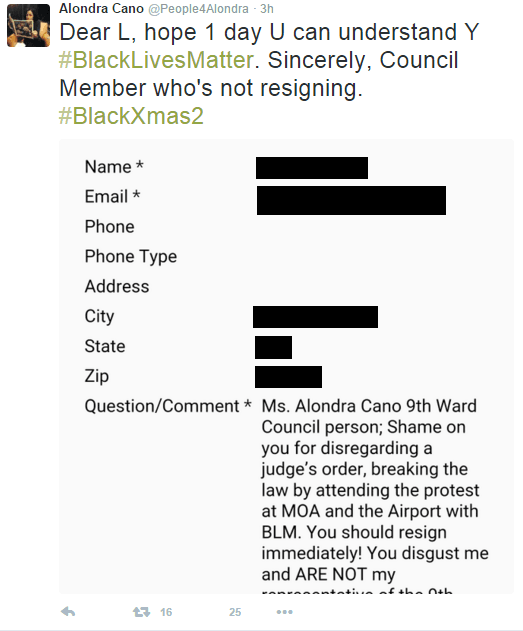 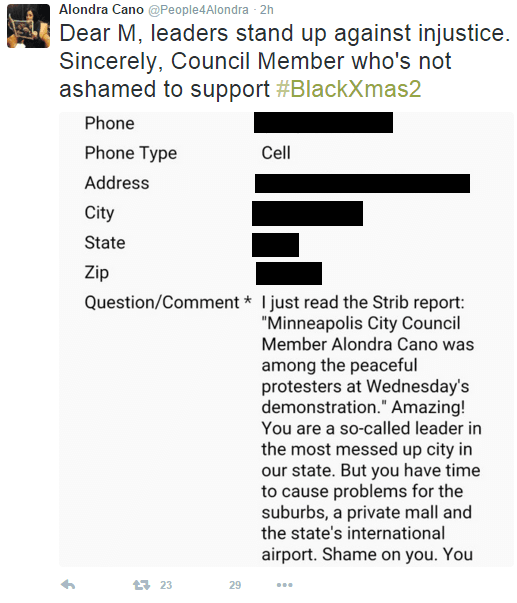 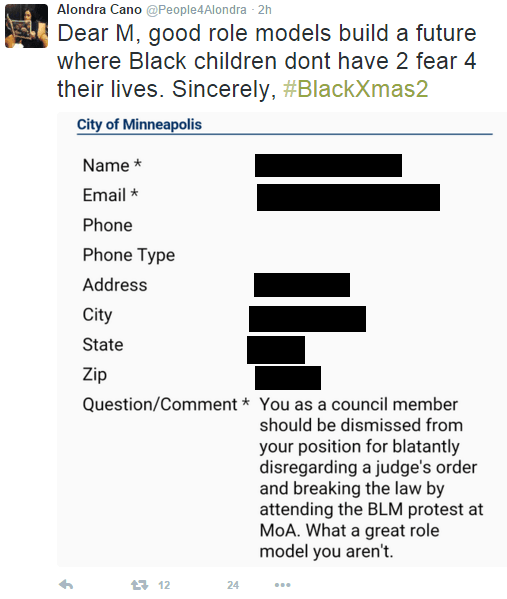