Twitter users are claiming the social media platform censored the #StopIslam hashtag after it began trending in the wake of the terrorist attacks in Brussels earlier today.

Users tweeted with the tag to express their frustration with another terrorist attack as well as the politicians who refuse to link the extremism with Islam, and the hashtag spawned a huge wave of tweets from around the world.

Due to Twitter’s notorious history of censoring and removing things that are against the platform’s political agenda, user’s started to joke that it was only time before the hashtag was removed.

And then it disappeared for some users; it is no longer trending in the “Worldwide” or United States trend lists, though the hashtag is still at the top of the list of trending topics for many European countries including the UK, Germany, France, and Belgium.

How can #StopIslam be #1 UK trend yet vanish from USA? Surely not Twitter censoring the hashtag? pic.twitter.com/xNBBipG0jc

The commissars at the Twitter "Truth and Safety" council have now censored #StopIslam from worldwide trends. pic.twitter.com/zKyREsMcmr

@twitter @Support just censored the #StopIslam hashtag, which was trending in the USA.

Twitter may have attempted to incorrectly auto-complete the hashtag when it is searched or typed, some users have highlighted.

.@MrNashington Charlie – I just saw this. They have changed the #StopIslam autocomplete to a typo. pic.twitter.com/FXl1PtgSew 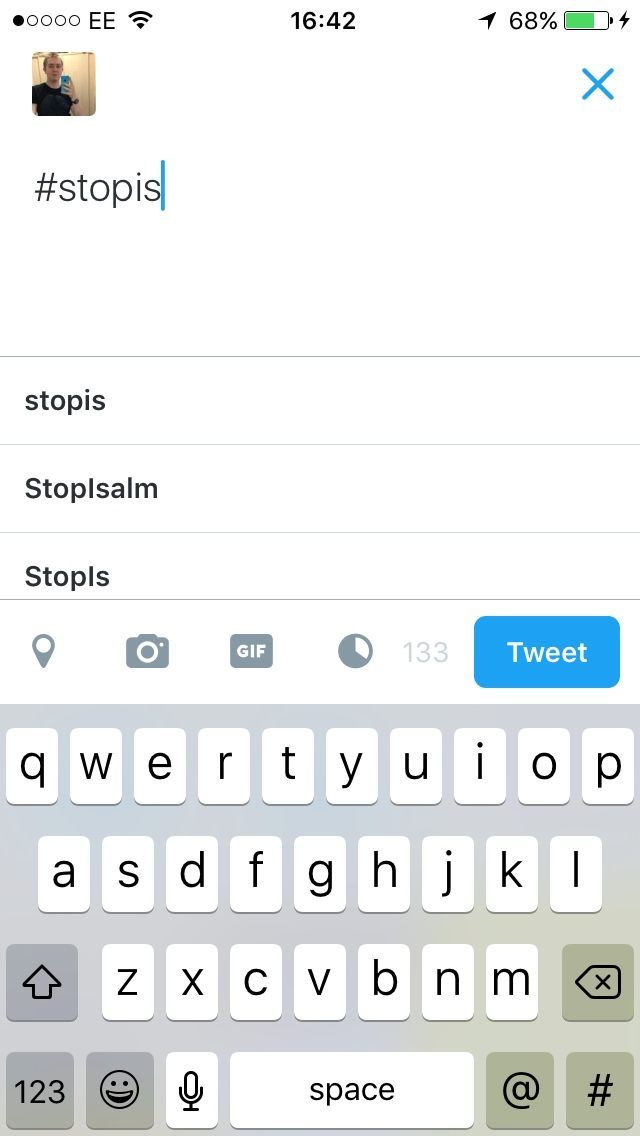 This is a common trick used by Twitter to quickly slow down and diminish a hashtag, and has been used with numerous controversial hashtags before. The result is users being tricked into using a completely separate misspelt hashtag that means the original hashtag gets cut off from new additions without the mistake being entirely noticeable to the poster. In this case Islam has been auto-changed to Isalm, a subtle difference.

Journalist and Broadcaster Martin Daubney also highlighted the fact that Twitter’s display of “top tweets” for the hashtag weren’t actually the top tweets. Only tweets that fit the political narrative were displayed at the top.

The "top tweets" on #StopIslam aren't actually the top tweets, but the ones that fit the narrative pic.twitter.com/MANIAmwIuf

As of writing this story, the hashtag has since returned to its number one position for “Worldwide” trends. This may intersect with Daubney’s discovery that tweets expressing condemnation of the hashtag are practically pinned to the top whenever you search for it, regardless of how many likes less they have than their pro-#StopIslam counterparts.

Twitter has become so erratic and unpredictable, with their frequent censorship and anti-free speech rhetoric, that it is causing users to distrust the platform. They’re afraid to be shadow banned for displaying the wrong political affiliation, and they’re afraid of being suspended for making innocuous jokes to the wrong person. Users are even afraid about what features Twitter will introduce, regardless of whether anyone wants them, because as evident in the past CEO Jack Dorsey has not been entirely truthful with his userbase. There is no trust anymore, and they’re spending their time making birthday “like” animations instead of addressing these problems.