A study from marketing intelligence firm SimilarWeb has revealed that across the board, users are spending less time on social media. SimilarWeb used data obtained from Android apps to compare usage statistics of social media apps like Facebook, Snapchat, Instagram and Twitter from January to March 2016 in comparison to the same data from 2015.

The study shows that both Twitter and Facebook which have been at the heart of multiple censorship controversies in recent months have had quite a drop in usage. Twitter usage is down 23.4% and Facebook use is down by 8%. Facebook owned app Instagram has also taken quite a hit with usage down by 23.7% and Snapchat use down by 15.7%. 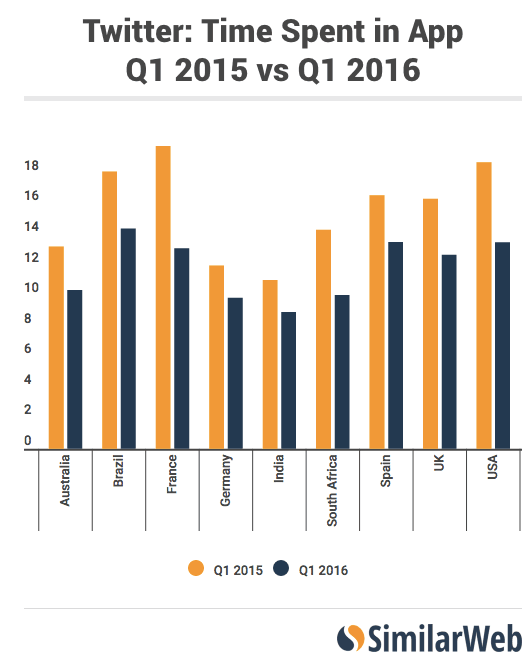 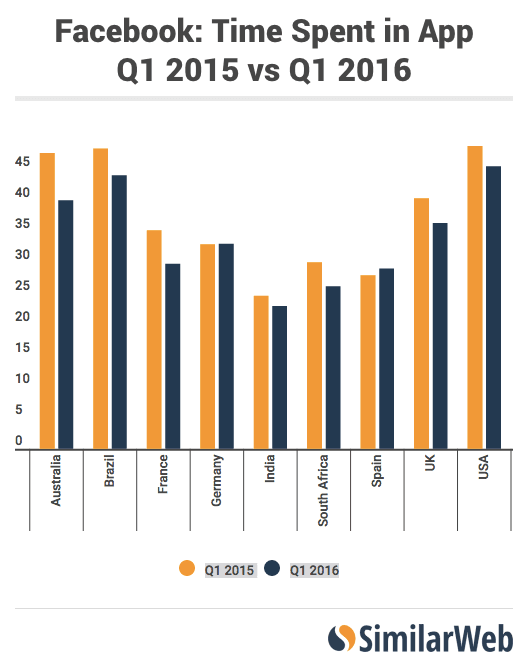 Many of our readers will recall that Breitbart Tech editor, Milo Yiannopoulos, had his Twitter verification badge removed from his profile for reasons that are still unclear. This almost immediately caused a reaction from Twitter conservatives who started the internationally trending hashtag #JeSuisMilo as an act of solidarity with the tech journalist. Shortly afterwards CNN reported that Twitter stock prices were falling and that it was rapidly losing its userbase.

Facebook has also been accused of mass censorship recently, as Breitbart Tech has reported on in the past. Facebook CEO Mark Zuckerbeg even held a meeting with prominent conservative writers and politicians following claims that Facebooks trending topics section was purposefully censoring conservative ideas. Although 8% may sound like a small number, considering Facebook boasts a userbase of approximately 1.65 billion, 8% amounts to almost 132 million people.

Following the controversy around free speech and these social media platforms it’s hard not to draw the conclusion that there may be some form of correlation between silencing users and users leaving the platform. Many new social media websites are beginning to launch based around the ideal of free speech, for example the Reddit alternative Voat.co which was created as a direct response to the censorship users were experience on Reddit.

If current social media platforms refuse to allow their users to express their opinions and provide a free and open forum of discussion, then opposing websites will continue to provide that service and existing userbases will slowly fall.

Users are becoming smarter about how they use these social media services and know when they are being manipulated and if usage continues to decline as rapidly as SimilarWeb has reported, then the current bubble that is social media technology could very well be poised to pop in coming years.