Facebook blacklisted the conservative news page run by disabled Air Force veteran Brian Kolfage with no warning or explanation — after he reportedly spent more than $300,000 on Facebook advertising.

On his new website which aims to put an end to social media censorship, Air Force veteran and triple-amputee Brian Kolfage explains who he is and the challenges he’s facing stating:  “I’m a veteran of The United States Air Force. I was severely wounded in Combat, on 9/11/2004 while serving in Iraq I lost both my legs entirely and my right hand. I’m the most severely wounded US Airman to survive.” 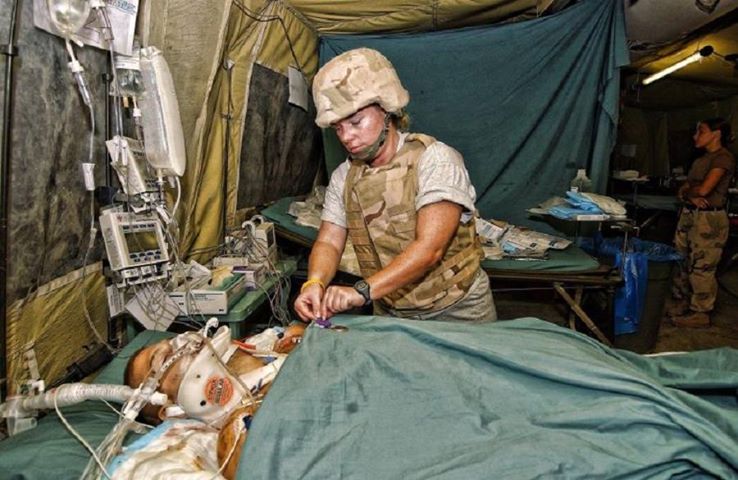 Kolfage continued: “I’m not a ‘conservative.’ I’m not a ‘liberal.’ I’m an American, with deep beliefs in what our country stands for. I proved this by vowing to protect and fighting for America greatest tenant: Free Speech. Many Americans have fought for these political freedoms … freedom of speech … and every American has enjoyed those freedoms… UNTIL TODAY. October 11th Facebook shut down thousands of Facebook accounts for their political opinions stating that they don’t have a ‘legitimate political argument’. STOP SOCIAL MEDIA CENSORSHIP NOW!”

Kolfage was the administrator of a number of Facebook pages, notably the pages Right Wing News and Military Grade Coffee, both of which were deleted recently as Facebook attempts to crack down on what it considers “misinformation” on the platform. Right Wing News had more than 3 million followers at the time of its blacklisting by Facebook.

In another Facebook post, Kolfage stated: “Facebook lied, they shut down my page because it was conservative, powerful, and the elections are in 2 weeks. We have MAJOR support flowing in all the way from the top of the Trump administration. Get ready!” Kolfage later said: “I’m not a ‘conservative.’ I’m not a ‘liberal.’ I’m an American, with deep beliefs in what our country stands for. I proved this by fighting for America, knowing I may not return home. My life was spared, but I paid for freedom with one arm and both my legs. I’ve given limbs, I’ve stared death in the face first hand. I’ve seen my legs blown to pieces and lost friends. Losing my limbs meant comparatively little to me because I gave it fighting for what I believed in; I believed America was the greatest country because we had freedom … and I’ve seen what oppression looks like. My sacrifices are nothing compared to what previous generations made in WWI, WWII, Korea and Vietnam.”

Kolfage stated that he has invested a large amount of money into Facebook’s advertising system and his pages are one of the key ways that he earns money to support his family: “My income as a father and husband is threatened. This isn’t the right to free speech I gave my legs and arm to defend. Three limbs wasn’t enough for some… now my livelihood is gone with it. Facebook took down our Facebook page, cutting off all contact we had with the millions of people who signed up to follow us, the millions of people who liked what we were sharing online. We had a coveted, verified blue check mark, 3.5 Million fans, and I invested over $300,000 in ads at Facebook’s own request, nearly begging us to spend spend spend just to reach our fans… whom they kept making more difficult to reach with every passing year.”

Kolfage’s other page, Military Grade Coffee, which sold coffee was also deleted: “Facebook also deleted my other business page. I own a coffee company called Military Grade Coffee Company [which donates 10% of all profits back to veteran organizations]. We don’t post politics, we sell coffee and support veteran charities. Facebook is maliciously attacking my way of life because of my beliefs, and they don’t care. The New York Times even stated that Facebook made this calculated move to silence thousands of voices (and millions of forwarded messages) because of the upcoming midterm elections.”

But Kolfage has no plans to quietly allow Facebook to delete the pages and work he has invested thousands of hours into. “If I have to roll into their headquarters and sit there with people in the media, I will,” said Kolfage. “I will be there exposing everything they’ve done to me and my family and our employees. We’re going to take legal action if we don’t get our pages back. It’s just going to turn into a sloppy mess for them. I think they’ve underestimated what they’re dealing with, attacking me, attacking conservatives in general, right before the elections. Never once did Facebook come to us to say there was any issue with RWN or our other pages. Never. But they sure loved taking our money.”

A Facebook spokesperson provided the following statement to Breitbart News: “Facebook has been in touch with Mr. Kolfage repeatedly and provided him a warning months ago that if he continued to engage in behavior that violated our policies that we would take action on his account, which is what we did last Thursday. ”