The Post Millennial recently claimed that a post to the news websites Facebook page was flagged by the social media website for “hate speech” against white women. The website posted a link to an article titled “Why are white women signing up for workshops that tell them they suck?” senior Post Millennial contributor Libby Emmons commented on “the phenomenon of white women self-flagellating over issues of race.”

The article discussed workshops in which affluent white women work to learn about their own unconscious bias. The article by Emmons, who is a white woman writing about white women, was flagged by Facebook for violating the sites “Community Standards on hate speech and inferiority.” 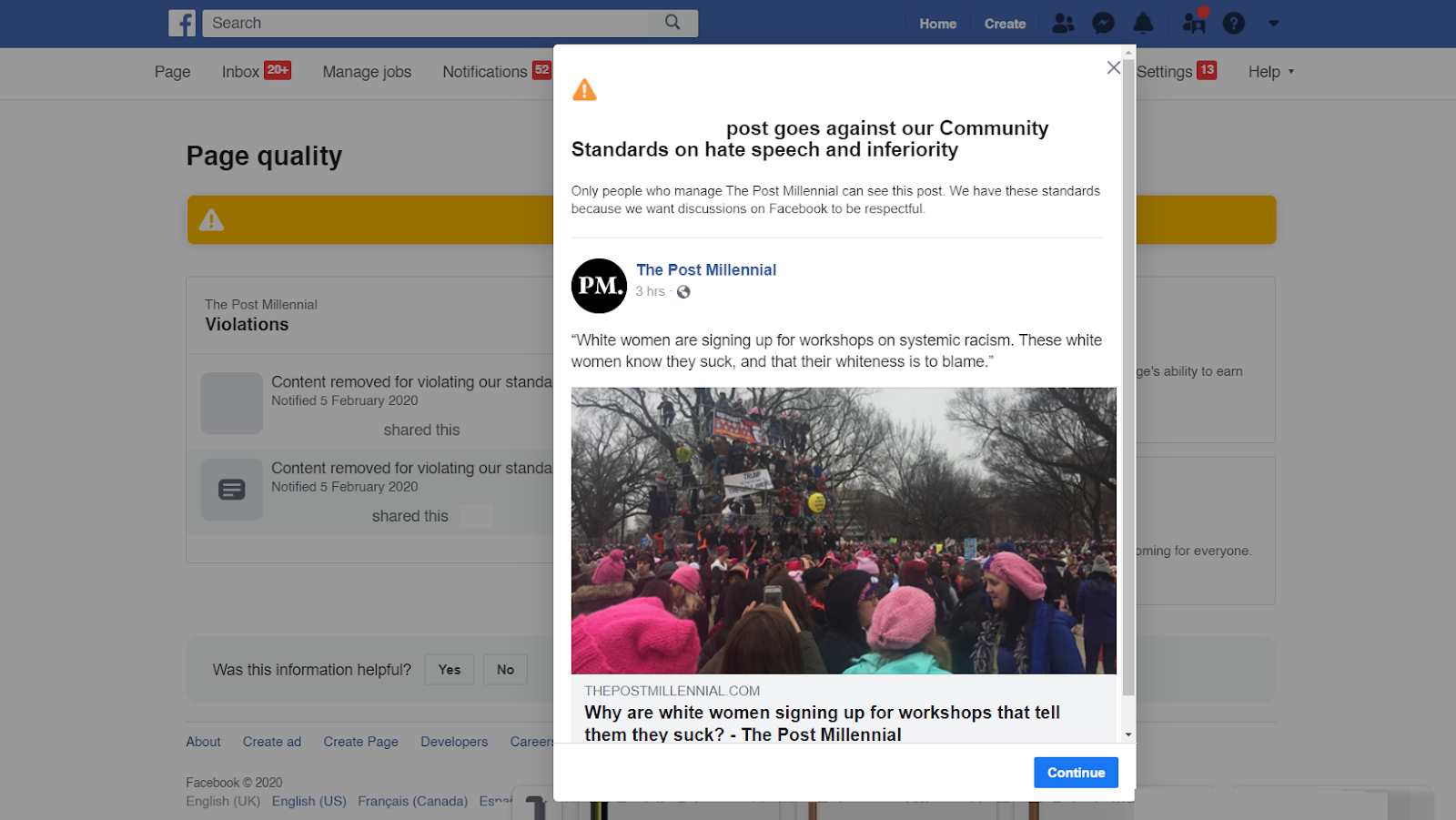 Hate speech is a serious charge, one that we don’t take lightly. Bashing a group based on their race, sexual orientation, or ethnicity is not an acceptable means of discourse. But that’s not what this article does. Instead, the article points out that a person’s race does not determine their perspective or their worth. The article advocates against racial stereotypes and assumptions based on background.

Additionally, the article lists several articles that call out white people for being racist, based entirely on the colour of their skin. None of these articles were flagged for removal by Facebook. These pieces that specifically target white women for their complicity in racism were featured in The Washington Post, Salon, Jezebel, The Guardian, Harper’s Bazaar, AlterNet, and other sites, and some of them were written by writers of colour. Why were these articles acceptable but Emmons’ wasn’t?

This is what identity politics does to people. Some algorithm or some staffer at Facebook saw “white women” and “suck” and came to the wrong conclusion about our content. It was a provocative headline, but the meaning of the piece is that no one should be made to believe that they are lesser because of the colour of their skin.

The Post Millennial is reportedly appealing the “strike” it received from Facebook stating that the allegations of hate speech are unfounded. The company writes: “Facebook should reverse their ridiculous decision. Our post and our article were not in any way hateful and did not violate any community standards. Exploring cultural phenomena is not ‘hate speech.'”