Tech giant Google is actively removing negative reviews of the Robinhood trading app from the Google Play Store after users expressed their anger over the trading platform’s halt on buying certain stocks yesterday, including Gamestop.

The Verge reports that Google has been actively removing negative reviews of the Robinhood app from the Google Play Store after angry users rated the app with one star following Robinhood’s decision to prevent its customers from buying certain stocks yesterday.

Robinhood users on Reddit’s WallStreetBets subreddit coordinated to flood the app with one-star reviews after Robinhood stated that it would block purchases of GameStop, AMC, and other stocks purchased by WallStreetBets members. 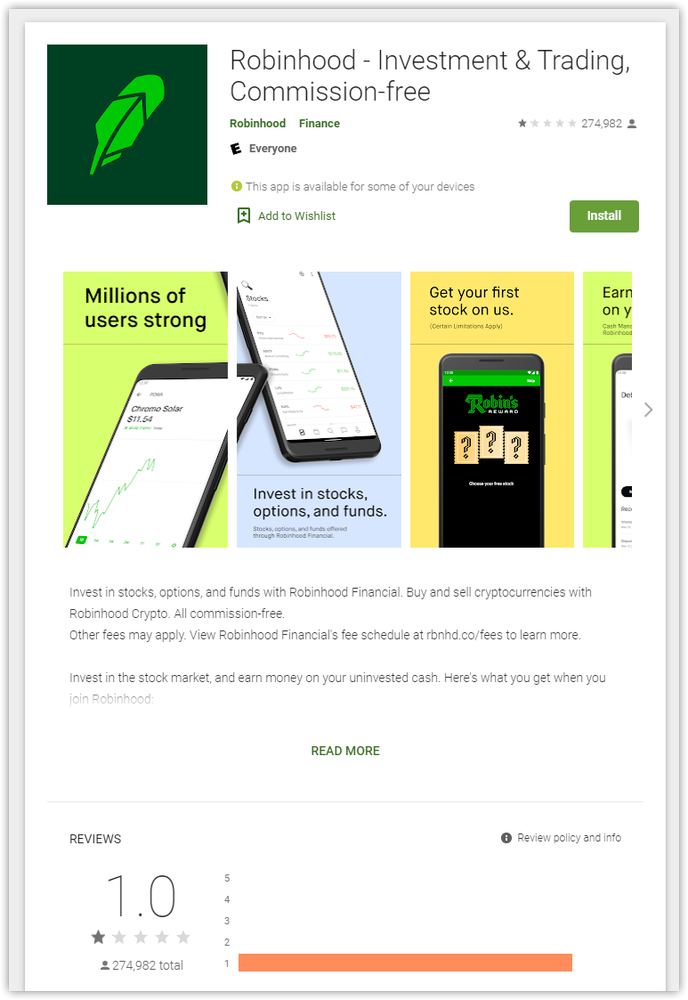 Since the deletion of reviews, Robinhood’s rating has increased significantly, to just over 4 stars from 176,414 reviews.

Google’s policies explicitly prohibit app reviews intended to manipulate an app’s rating and the firm has previously stated that it has a system that “combines human intelligence with machine learning to detect and enforce policy violations in ratings and reviews.”

Google told the Verge that it specifically took action on reviews that it felt violated those policies.

Robinhood users are not only leaving negative reviews of the app, some are calling for class action lawsuits and have even set up a subreddit called r/RobinhoodClassAction to discuss legal steps that can be taken against the firm.

Robinhood has since said that it would allow “limited buys” of certain stocks on Friday and that the halting of purchases on Thursday was a “risk-management decision.”