Apple is reportedly being sued by two women who claim that the company’s AirTag tracking devices have made it easy for stalkers to track and harass victims.

Bloomberg reports that Apple is being sued by two women who allege that the company’s AirTag tracking devices make it easy for stalkers to track their victims. Breitbart News has extensively reported on cases in which stalkers and car thieves use the devices to track people without their knowledge. 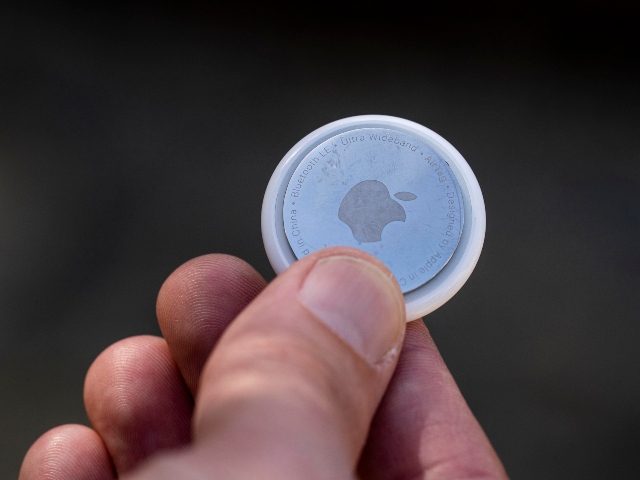 Privacy advocates have warned that AirTags, small, inexpensive devices designed to help users find their personal possessions, can also be used to track people without their consent. This concern has been verified by multiple police reports of criminals using the devices for nefarious means.

A proposed class-action lawsuit filed in federal court in San Francisco on Monday alleges that an ex-boyfriend of one of the plaintiffs planted an AirTag in the wheel well of her car and used it to track her location after she moved to avoid his harassment. The other woman in the case alleges that her estranged husband placed an AirTag in her child’s backpack in order to track her movements and location.

The proposed class-action lawsuit alleges that in other cases, AirTag trackers have been used to commit murder. In one case, a woman’s ex-boyfriend allegedly used the device to track her down and shoot her in Akron, Ohio. In another case, a woman in Indianapolis, Indiana allegedly used one of the devices to track her ex-boyfriend’s car, follow him to a bar, and run him over with her car.

The lawsuit states: “While Apple has built safeguards into the AirTag product, they are woefully inadequate, and do little, if anything, to promptly warn individuals if they are being tracked.”
The women have accused the company of releasing an unsafe device and are requesting unspecified monetary damages. They say that the class action lawsuit seeks to represent others “who have been and who are at risk of stalking via this dangerous product.”