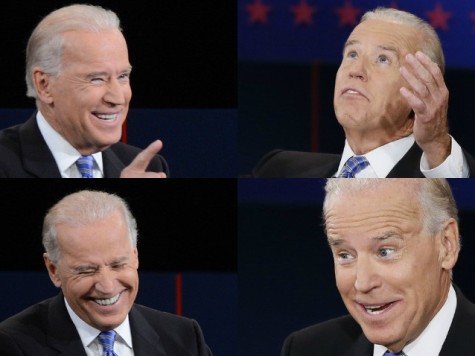 We’re about thirty minutes into the debate and already Vide President Joe Biden is receiveing pretty tough reviews for his bizarre smiling and smirking as debate moderator Martha Raddatz talks about issues as serious as Iran getting a nuclear weapon.

Biden laughing while Martha talks about Iran getting the bomb is just weird.

Biden really pushing it with his interruptions.#vpdebate

If Biden’s strategy was to come off like a complete jerk, he’s succeeding brilliantly.