Media reporter Johnny Dollar created the verb “Zuckered!,” as a way to help explain the ongoing collapse of CNN as a legitimate news organization. And Zuckered! is also the only way to explain the ongoing collapse of Chris Cuomo as a legitimate news man. When he was at ABC News, Cuomo was a standout — an interesting journalist willing to challenge the media’s Narrative Of The Day. I was excited about him coming to CNN, and said so at the time.

Under the apparent guidance of CNN chief Jeff Zucker, though, Cuomo’s year-plus stint as the anchor of CNN’s morning show “New Day” has completely changed the public’s perception of Cuomo. He’s not only outed himself as relentless left-wing propagandist, but also a clownish dimwit unconcerned with facts and lacking a basic grasp of Constitutional Law.

In many ways, Cuomo represents so many children of privilege — so many born on home plate who know nothing of struggle, or life in the real world, or an achievement that comes from something other than a last name.

With three hours a day of airtime to fill (as opposed to segments at ABC News) in a very short period of time, Chris Cuomo has managed more humiliating face-plants than any other modern “journalist.” The most fascinating part of it is that he has also revealed himself as someone too prideful and lacking in intelligence to learn from these mistakes. He. Just. Keeps. Making. A. Fool. Of. Himself.

Ted Baxter lives! Keep in mind, however, that Ted Baxter wasn’t dangerous. As you will see with face plant number 1, Cuomo is…

In the immediate aftermath of the Baltimore riots that destroyed hundreds of small businesses owned primarily by black residents, on live television, Cuomo told a young anti-cop protester, “Just be careful. You know how they are.”

“They” being the same police department that had just shown enormous restraint in the face of rioting and looting.

Unconscionable behavior in private, much less on primetime television.

It wasn’t just the police Cuomo attempted to damage. It was also that young man, and all young men infected with the destructive lie that cops are on the hunt.

But leftists see young black lives as worthwhile sacrifices to the cause of empowering the central government. They always have.

After media outlets like Breitbart News picked up on and publicized Cuomo’s community organizing against the Baltimore police, he took to Facebook to defend himself, but could only do so by lying about what he said. Instead of telling his Facebook fans what he really said about cops to this protester (“Just be careful. You know how they are”), in full victim-mode, Cuomo misquoted himself:

So I was leveling with them, relating the obvious: If you do what the cops say not to they will take you down. We had already seen exactly that the night before. …

THATS HOW THEY ARE. and that is not an insult.

One of the Left’s, and therefore Cuomo’s, favorite debate tactics is to lie — just make nonsense up as a way to catch your opponent off guard and put them on defense. You’ll see more of this below when it comes to sanctuary cities.

At the smallest opportunity, CNN and Cuomo regularly launch into anti-Christian jihads. Cuomo is at his most sanctimonious and biased during these hate campaigns, and at one point got so desperate he laughably uttered the following about the American Constitution:

Cuomo claims to have earned a law degree.

Cuomo frequently jumps on a train so crazy, even his fellow leftists at CNN won’t climb on board.

Sometimes the train is so crazy, even MSNBC won’t purchase a ticket.

And there are times when the train is too crazy even for the Obama Administration.

Such was the case when Cuomo spent days trying to manufactured a narrative accusing Republicans of engaging in anti-Obama racism with the letter they penned to Iran’s leaders in March.

Watching Cuomo’s tortured, awkward, sweatily-desperate attempt to convince the State Department’s Jen Psaki to go along with him was like watch the schools’ paste-eater ask a cheerleader to prom.

I’ve never in my life seen anything like this.

During an interview with Obama’s Secretary of Education Arne Duncan, right there on the air for the whole world to see, Cuomo got so excited about the expansion of the federal government’s power that he not only had to see a doctor after four hours, he pledged that both he and CNN would do everything they could to shame the Republican-controlled congress into action.

Secretary, my only advice for you is that you should go on a shame campaign with congress to get them to act. “New Day” will help. CNN will help. We wish you good luck, Secretary Duncan. You’re going to have a lot of challenges in front of you, but the biggest one is to get Washington to do anything.

The moment was so painful, viewers complained that in their own living rooms they could taste the dirt of Cuomo’s face plant.

Clown Cuomo really bared his backside on this one:

They are also getting sloppy in the interest of political pandering with the law. You gotta remember the law is supposed to be different. The Supreme Court certainly is certainly the supreme law of the land. Bobby Jindal saying, “Hey it’s not for the federal government to make law.” He means federal government, he means supreme court — that’s exactly what it does, is make law. And for Ted Cruz  to say, “This isn’t law.” No, that’s exactly what it is. In being misleading, it may work politically but it’s dangerous because it creates fear of the institution.

When Democrats, and even Obama, harshly push back against a Supreme Court ruling on Citizens United, the media is with them.

When you do the same on gay marriage, it’s dangerous. DANGEROUS!

A classic fascist tactic of the left is to declare speech an act, as dangerous.

As I mentioned above, a classic debate technique of the Left is to brazenly lie — say something outrageously dishonest as way to keep your opponent off guard and on defense.

Earlier this week, while prosecuting a Donald Trump adviser (Cuomo never grills Democrats in this way), Cuomo called sanctuary cities a “misnomer.” In other words, there aren’t really any sanctuary cities, just 300 or so cities where immigration law is, you know, complicated.

Apparently, USA Today is insane for calling for an end to 300-somethings that don’t exist.

This was also an extremely revealing moment of Cuomo’s extremist left-wing views.

According to Cuomo, verbally opposing the Supreme Court on gay marriage is “dangerous,” but 300 American cities and counties brazenly violating federal law is nuanced and complicated and can we see the rabbits now, George, can we, huh, George, can we?

Because no one would come to his defense about his brazen lying about the existence of sanctuary cities, the next day, Cuomo made an epic fool of himself by bringing on a guest (a former-immigration official) who almost-kinda-maybe-sorta agreed with Cuomo, but only after the flop-sweating Cuomo not only asked a series of leading questions but summed up what his guest as the poor guy just sat there blinking.

Then Cuomo whined to the Washington Post that Breitbart News is “mean” to him.

“I don’t know what that outlet has become, but you know how the business is: The meaner it is, the higher the form of flattery. … If you can’t argue the facts, you attack.”

Because 300 sanctuary cities not existing is science, y’all.

If Cuomo is so hot on the facts, why does the rape-denier hide these 9 facts from his audience?

Cuomo almost broke the Internet with this epic piece of stupid.

“hate speech is excluded from protection. dont just say you love the constitution…read it”

In Cuomo’s defense, it is hard to read something with a giant silver spoon sticking out of your mouth. 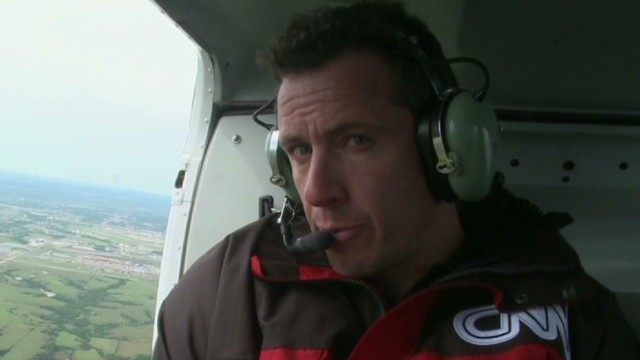