Boyle elaborated on Breitbart News’ record in uncovering falsehoods reported in the mainstream media. Breitbart’s fact-checking exposed a false CNN story in June claiming that President Trump’s associate Anthony Scaramucci—the founder of SkyBridge Capital and now an Export Import Bank official—was under investigation by the Treasury Department and Senate Intelligence Committee for alleged meetings with a Russian banking official. The supposed meetings never happened, and the Senate Intelligence Committee was not investigating Scaramucci. Furthermore, the Treasury Department—at the urging of Sen. Liz Warren (D-MA) and other Democrats at the beginning of the administration—had looked into the matter already and determined it to be entirely “without merit.”

After Breitbart verified through research that the CNN hit piece was entirely fraudulent, CNN retracted the piece, apologized to Scaramucci and three of its senior editorial staffers, including a Pulitzer Prize-winning editor and the head of CNN’s investigative unit, resigned over the scandal. CNN continues to not be transparent about the matter. 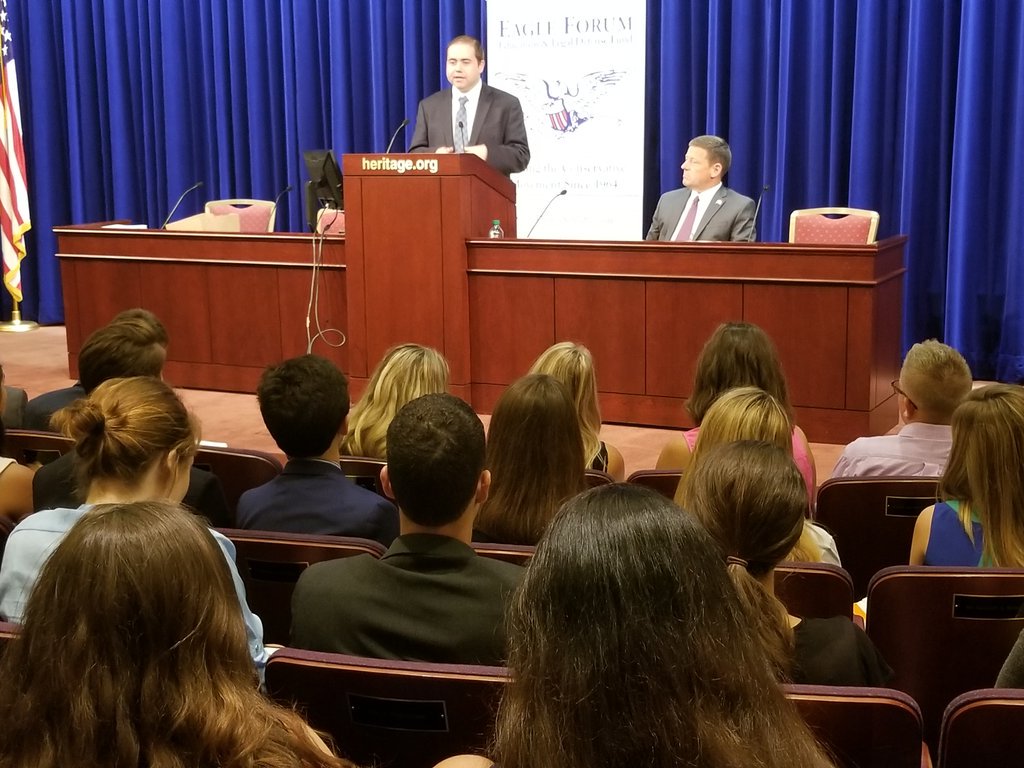 According to Boyle, Breitbart News’ reporting on the Republican congressional primary between establishment-favorite, now former House Majority Leader Eric Cantor and now Rep. Dave Brat in 2014 found that: “If you were reading Breitbart, you weren’t surprised when you saw that David Brat won the election. The rest of the media was just shocked.”

A similar pattern of reporting overlooked aspects in the 2016 election, such as raw polling data, ensuring that no one at Breitbart News was surprised when Donald Trump won the presidency.

Boyle further argued that the failure of the mainstream media extended beyond a mere liberal bias. In his words:

The media is an industry in crisis that refuses to admit that it’s an industry in crisis. It’s almost like an alcoholic refusing to admit that they have a problem. They continue to go out there and make the same mistakes over and over again. It’s actually pretty easy, I could sit here all day and make a full time living on fact checking CNN. It gets boring after a while, but they make mistakes over and over again. Many of them, the same mistakes, and they refuse to correct them. Journalistic integrity is dead. There is no such thing anymore. So, everything is about weaponization of information. Both sides are fighting on the battlefield of ideas and you know CNN, the New York Times, the Washington Post, Politico, Associated Press, MSNBC, NBC, CBS, the whole alphabet soup they’ve all thrown in together with the institutional left.

He underlined that the chief distinction between Breitbart and its left-of-center competition was that Breitbart admitted to being conservative-oriented.

Boyle contrasted such transparency with outlets of the establishment media that see themselves as neutral and objective.

They claim to be objective. They claim that they don’t have a side. And many of them actually believe their own lies. So, a lot of these people are decent human beings who are working in a broken institution. Again, I know many of them.

Despite outlets like Breitbart fighting against “this behemoth of an industry that is all these different media organizations,” Boyle was quite confident in Breitbart’s ability to undermine the narrative of establishment media. The victory of Donald Trump, whose candidacy received a record-low number of media endorsements, proved such success according to Boyle.

We’re getting past these guys. There is a good contingent of the country, in fact, a majority, enough to win a presidential election, majorities in the house and senate in elections, that don’t believe the mainstream media. We’re winning this war and we’re outnumbered. So the more people that get involved, the more people that stand up and fight, the closer we are going to get to a total victory.