Trump drew a crowd of around 2,000 to Fulton County, where she said voters will decide “whether our children grow up under an oppressive government or whether America will remain the land of the free.”

Democrat candidates Jon Ossoff and Rev. Raphael Warnock are challenging Perdue and Loeffler in Georgia’s upcoming Senate runoff election on January 5, and if both Democrats were to win, Republicans would lose their Senate majority.

“This is the most important congressional runoff in our nation’s history,” Trump said, echoing words from her father’s rally in the Peach State earlier in the month. The president’s family has made a massive push for voters to turn out for the election, with Donald Trump Jr. campaigning across the state this past weekend and the president himself just announcing a second rally for January 4. 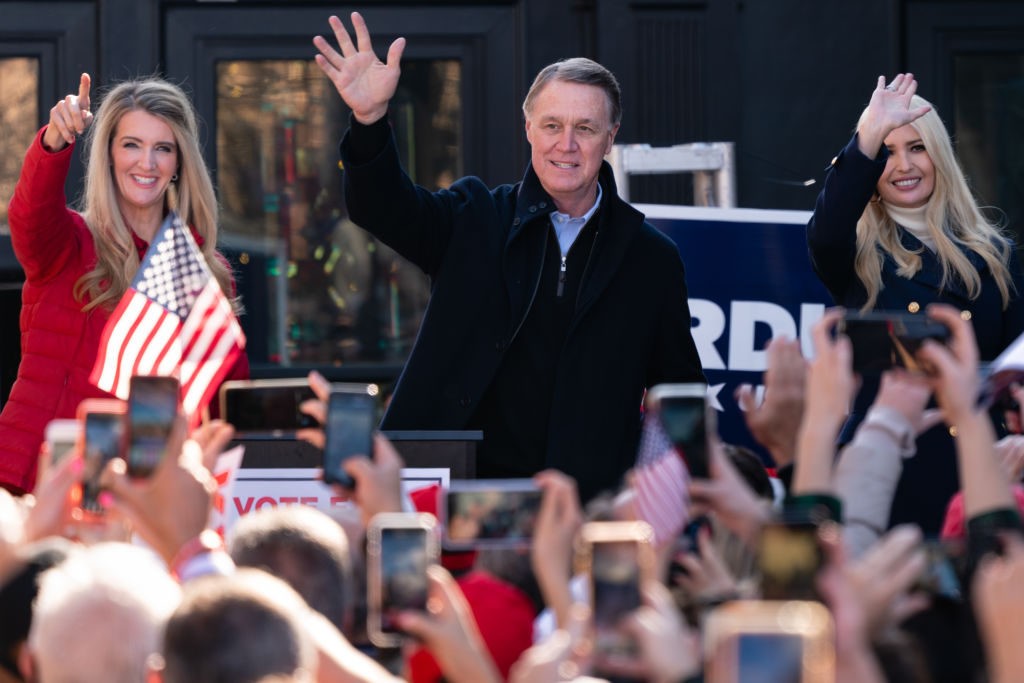 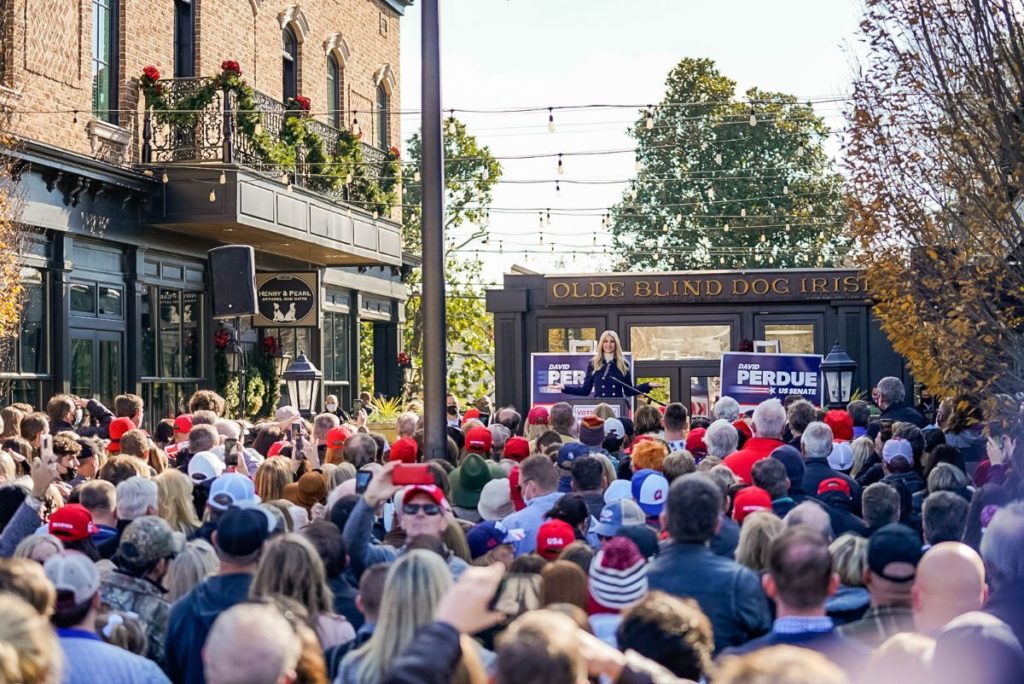 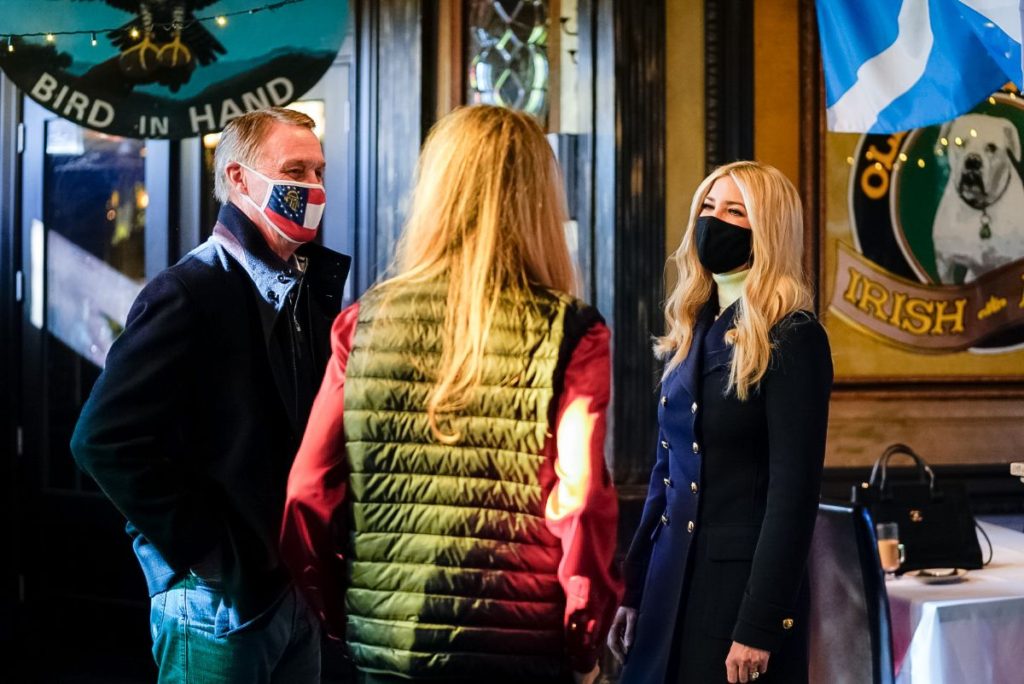 The president’s daughter spoke after Loeffler and Perdue delivered their own stump speeches, which both included quotes from Senate Minority Leader Chuck Schumer’s (D-NY) celebratory remarks when media declared Joe Biden president-elect. “Now we take Georgia, then we change America!” Schumer said on November 7. Republicans have used the line repeatedly in speeches and ads as a warning.

Trump predicted during her speech that with a Senate majority, Democrats would abolish the filibuster, expand the Supreme Court bench, end border security, raise taxes, and kill jobs with stifling regulations.

“While Democrats are focused on making Americans dependent on Washington, David and Kelly are focused on liberating each individual and freeing them to thrive — important differentiation, so important,” she said.

Trump also highlighted her father’s presidential successes during her speech. She raved about unemployment numbers achieved for black, Hispanic, and Asian Americans, as well as women, those who are disabled, and those without high school degrees. “You name a demographic, and it achieved historic lows,” she said, adding that the workforce comprised a record 75 million women under the Trump administration.

She touted the administration’s accelerated coronavirus vaccine development plan, Operation Warp Speed, which successfully delivered the first coronavirus vaccine approval in about nine months, on December 11. “We have achieved the impossible,” she said.

Trump also touched on election integrity, which has been a key issue for voters since the November 3 general election as President Donald Trump continues to challenge the election results through dozens of lawsuits in battleground states, though many have been dismissed.

“Kelly and David are working incredibly hard to make sure that this election is safe and secure and that every single legal vote is counted,” Ivanka Trump said. “We must send David and Kelly back to the Senate to defend election integrity and protect American democracy.”

Metro Atlanta’s Fulton County, the location of the rally, is Georgia’s most populous county, and a county that — barring changes through litigation — Biden won by more than 40 percent. With more than a million votes cast for the runoff election, and 125,000 in Fulton County alone, the president’s daughter urged rallygoers to vote early and encourage others to vote.