(UPI) — Expedition crews believe they have discovered two Japanese aircraft carriers that have been missing for nearly 80 years in the Pacific Ocean, which were sunk in the famed Battle of Midway.

Crews on the research vessel Petrel said they found wreckage of the Imperial Japanese Navy’s Kaga and Akagi carriers off the Hawaii coast. The Kaga was found 17,000 feet down in the Papahanaumokuakea Marine National Monument, and the Akagi at a much shallower depth of 1,800 feet. The Petrel is owned by Microsoft co-founder Paul Allen.

Both carriers were sunk by U.S. bombers from the USS Enterprise during the Battle of Midway in June 1942, six months after the Japanese attack on Pearl Harbor. About 2,000 Japanese and 200 Americans were killed in the historic fight.

The battle, which resulted in substantial losses for the Japanese navy, is considered one of the most influential of World War II. Japan’s military launched the assault hoping that, like Pearl Harbor, it would devastate the United States’ ability to make war. U.S. military cryptographers won a key advantage in the battle by intercepting Japanese communications that listed the date and time of the planned attack. 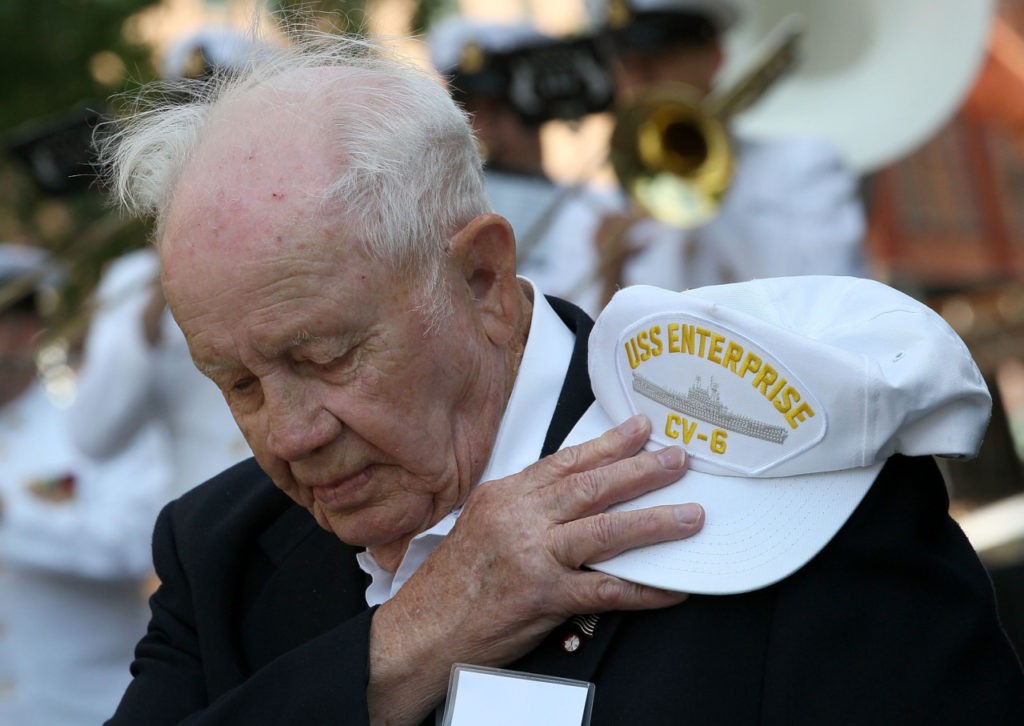 WWII U.S. Navy veteran Howard Snell bows his head during a ceremony and commemoration of the 70th anniversary of the Battle of Midway at the U.S. Navy Memorial on June 4, 2012 in Washington, DC. The battle of Midway took place in the south Pacific, six months after Japan’s attack on Pearl Harbor and is regarded as the most important naval battle of the Pacific Campaign. (Mark Wilson/Getty)

“This was a true turning point in the war for the U.S. Navy.”

Two other Japanese carriers that sank during the battle have yet to be found.