The Chinese Foreign Ministry, through its embassy in Sri Lanka, complained this weekend that Reuters and, allegedly, other Western media outlets were deliberately choosing unflattering photos of Chinese Olympians in their coverage of the Summer Games.

The photo that triggered the outburst from the embassy in Colombo was of Chinese weightlifting champion Hou Zhihui (pictured), who appeared in a Reuters photo clearly mid-lift. The state-run propaganda newspaper Global Times claimed the use of the photo, which highlighted Hou’s muscles, was “widely regarded as disrespectful,” though it could only point to a message by the Chinese embassy on Twitter and unnamed “netizens” on Chinese social media outlets.

The Chinese Communist Party heavily regulates the nation’s social media platforms and only permits opinions on these platforms that the regime also holds; any dissent results in censorship and, often, police action.

“Mainstream Western media organizations like CNN and Reuters have been caught unfairly targeting China during their Tokyo 2020 Olympics coverage, prompting condemnation from Chinese netizens and embassies,” the Global Times relayed. It did not offer any examples of offending content from CNN against Chinese athletes.

It noted that the Sri Lanka embassy attributed Reuters’ photo choice to “politics and ideologies,” without elaborating.

Among all the photos of the game, @Reuters has chosen this one, which only shows how ugly they are.

Don't put politics and ideologies above sports, and call yourself an unbiased media organization. Shameless.

Respect the spirit of #Olympics. https://t.co/FugQm9obGr

The “netizens” joining in to attack Reuters allegedly called the photo choice “evil” and engaging in a campaign to “smear and defame” Chinese athletes. On Twitter, which Chinese citizens do not have access to unless they are high-ranking regime officials, one user responded to the Chinese embassy by claiming the photo shows that “nothing good in life comes easy” and was flattering to the athlete because it highlighted her hard work. The embassy replied by arguing that Reuters used flattering portraits for “white westerners” that prove its bias.

“We said that these biased MSM [mainstream media] are ugly. Never the athletes,” the embassy said. “They’re beautiful, no matter their colors and nationalities.”

The embassy then shared examples of the allegedly flattering photos of the white athletes. One of the photos showed a smiling, victorious Sun Yiwen, a Chinese fencer.

We said that these biased MSM are ugly. Never the athletes. They're beautiful, no matter their colors and nationalities. https://t.co/1QTE888uYP pic.twitter.com/KTUjfrdeCi

The Global Times complained independently of the Chinese Foreign Ministry about CNN – not about a photo, but about a headline reading, “Gold for China … and more COVID-19 [Chinese coronavirus] cases.” The Global Times protested that the headline connected the Chinese coronavirus with China, the country where the virus originated. CNN has since reportedly changed the headline to ‘The first day of the 2020 Olympics begins with gold for China and more COVID-19 cases,” which suggests the cases are occurring in the Olympics host nation, Japan. 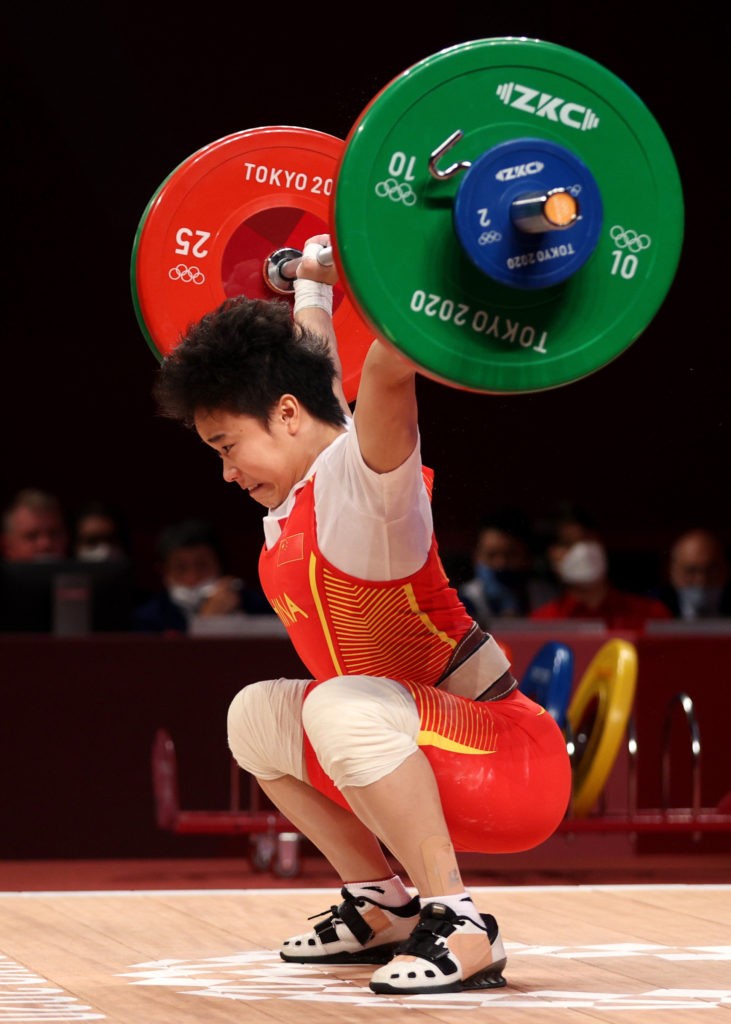 The Chinese communist regime claimed to have controlled its local epidemic in March 2020, the first time dictator Xi Jinping visited Wuhan, where the pandemic originated, following the first cases there. China continued to steadily document cases nationwide after that, however, and continues to fight outbreaks in major cities. Last week, the city of Nanjing imposed a lockdown measure affecting 30,000 people to contain coronavirus cases, a sign that the Communist Party was far from the goal it claimed to have achieved over a year ago. Significant outbreaks have also persisted on the border between China and Myanmar and China’s upper northeast bordering Russia and North Korea.

The Global Times claimed “netizens” believed CNN had disrespected Chinese athletes with the original headline but did not explain how.

The Chinese Communist Party regularly browbeats and intimidates international outlets in an attempt to control their coverage. The Chinese Communist regime expelled a large number of international journalists from the country in 2020, including reporters for the New York Times, Washington Post, and Wall Street Journal. In September of that year, it arrested an Australian journalist, Cheng Lei, for alleged “criminal activity endangering China’s national security;” she is believed to remain in custody to this day. The Chinese state apparatus has more often attacked international media through outraged statements against their coverage of human rights atrocities in China, particularly against the Uyghur people of Xinjiang and protesters in Hong Kong.

China is currently in third place in the number of gold medals won since the Olympics began this weekend, trailing behind the United States and Japan, respectively. China currently has 18 medals in total, however, more than any other country, largely fueled by its significant number of bronze medals.

The Tokyo Summer Olympic Games began this weekend and will last for two weeks.