A missile defense system in Kabul on Monday intercepted five rockets fired at the international airport. No casualties were reported.

A U.S. defense official speaking on the condition of anonymity confirmed the rockets were intercepted via a C-RAM missile defense system. The official did not confirm if all five rockets were brought down short of Hamid Karzai International Airport.

The attack comes shortly after a U.S. airstrike on ISIS-K in response to the terrorist attack last Thursday that killed 13 U.S. servicemembers.

Earlier on Sunday, a suicide bomber aiming to attack the airport was killed in a U.S. drone strike while driving in his vehicle. 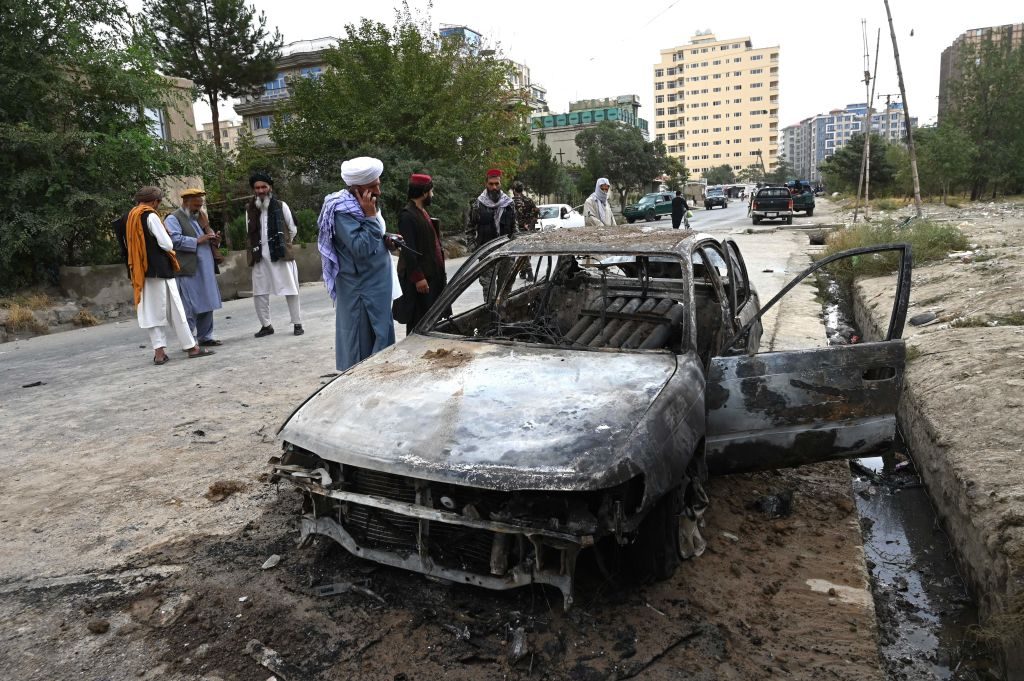 Taliban fighters investigate a damaged car after multiple rockets were fired in Kabul on August 30, 2021. (WAKIL KOHSAR/AFP via Getty Images)

“We know they (ISIS-K) would like to lob a rocket in there, if they could,” said McKenzie. “Now we actually have pretty good protection against that. We have our anti-rocket and mortar system.”

Reuters expanded on the intensity of the situation unfolding in Kabul as the United States prepares for its full withdrawal:

There is increasing concern that Islamic State militants will launch further attacks on the airport as U.S. troops hurry to evacuate remaining American citizens and at-risk Afghans, before competing their own withdrawal by Aug. 31.
Officials had warned in the past that ISIS-K militants were looking to target the airport with rockets. But the United States has experience in countering such rockets, primarily in Iraq, and had already installed missile defense systems.

There is greater concern about suicide bombers and car bombs attacking the airport, after a suicide bomb attack on Thursday that killed scores of Afghans and 13 U.S. service members.

“The situation on the ground continues to be extremely dangerous, and the threat of terrorist attacks on the airport remains high,” Biden wrote in a statement released by the White House. “Our commanders informed me that an attack is highly likely in the next 24-36 hours.”