French President Emmanuel Macron on Friday ordered the recall of France’s ambassador to the United States, Philippe Etienne, to protest the Biden administration’s deal to provide nuclear submarines to Australia without French participation.

“At the request of the President of the Republic, I have decided to immediately recall our two ambassadors to the United States and Australia to Paris for consultations,” French Foreign Minister Jean-Yves Le Drian said. “This exceptional decision is justified by the exceptional gravity of the announcements made on 15 September by Australia and the United States.”

The cancellation of the Attack class submarine program binding Australia and France since 2016, and the announcement of a new partnership with the United States meant to launch studies on a possible future cooperation on nuclear-powered submarines, constitute unacceptable behavior between allies and partners, whose consequences directly affect the vision we have of our alliances, of our partnerships and of the importance of the Indo-Pacific for Europe.

As Le Drian indicated, France’s ambassador to Australia, Jean-Pierre Thebault, was also recalled. Thebault said on Friday that France was “deliberately kept in the black” about the sub deal between Australia and the U.S.

U.S. President Joe Biden announced a new trilateral military alliance between the U.S., United Kingdom, and Australia on Wednesday, dubbed AUKUS. The alliance, meant to contain Chinese aggression in the Pacific, was immediately denounced by France. 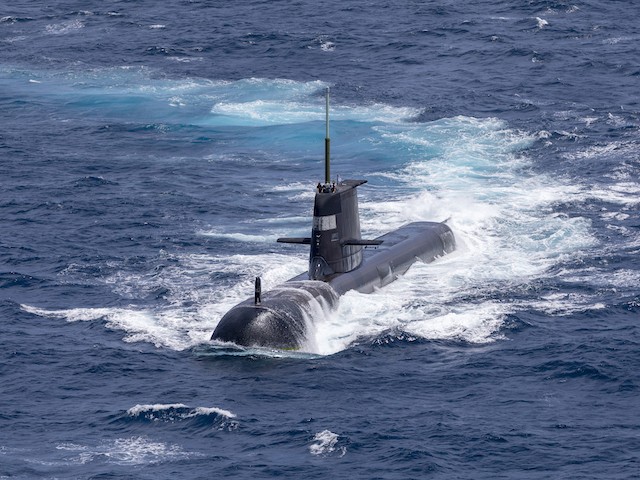 The American choice to exclude a European ally and partner such as France from a structuring partnership with Australia, at a time when we are facing unprecedented challenges in the Indo-Pacific region, whether in terms of our values or in terms of respect for multilateralism based on the rule of law, shows a lack of coherence that France can only note and regret.

The tense diplomatic situation escalated considerably when Australia announced it was ending a $90 billion program to build a dozen French-designed nuclear-powered submarines, in favor of subs that would be more interoperable with American and British ships.

Le Drian declared he was “very angry” over the “unilateral, sudden, and unforeseen decision” by the Biden administration to cut France out of the Australian sub contract, furiously comparing to “what Mr. Trump would do.”

“It’s really a stab in the back. We had established a relationship of trust with Australia. This trust has been betrayed,” Le Drian fumed.

The Biden administration admitted on Thursday that it gave France only hours of notice before publicly announcing the sub deal with Australia, prompting the furious French embassy to cancel a Washington gala commemorating the 240th anniversary of the Battle of the Capes, a pivotal Revolutionary War engagement in which France defeated the British navy on behalf of the rebelling American colonies. 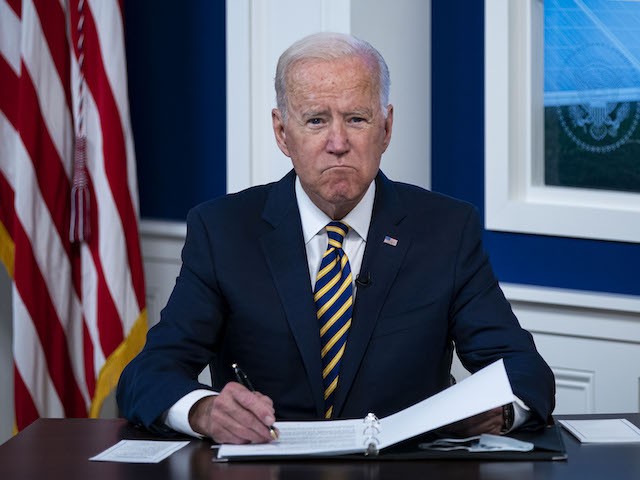 U.S. President Joe Biden participates in a conference call on climate change with the Major Economies Forum on Energy and Climate in the South Court Auditorium in the Eisenhower Executive Office Building on September 17, 2021, in Washington, DC. (Al Drago/Getty Images)

“This is not the only global engagement or global cooperative partnership the United States has in the world,” sniffed White House Press Secretary Jen Psaki on Thursday, suggesting France should be satisfied with belonging to the G7 alongside America and her allies.

“We cooperate incredibly closely with France on many shared priorities in the Indo-Pacific but also beyond around the world. We’re going to continue to do so. We place fundamental value on that relationship, on that partnership,” Secretary of State Antony Blinken said somewhat more diplomatically on Thursday.

“We are deeply moved,” former French ambassador to the U.S. Gerard Aurad snorted with thick sarcasm in response to Blinken’s praise of the “vital” American-French partnership.

Blinken claimed the U.S. closely coordinated with France for several days before the Australian sub deal was announced, a claim dismissed as false by French officials, who said they actually learned about the deal from media reports and contacted the Biden administration in stunned amazement to learn if the reports were accurate. 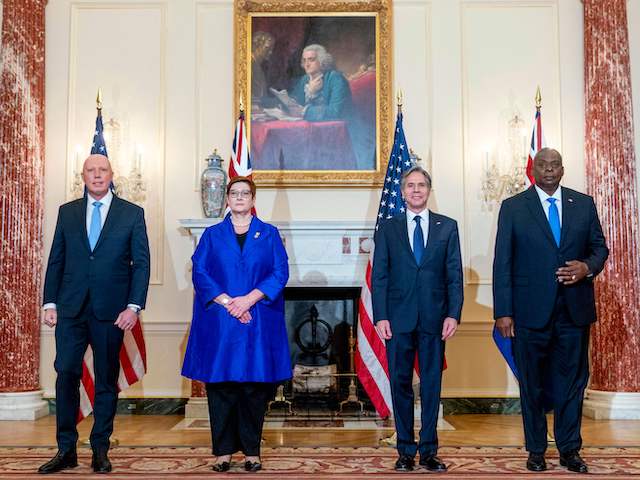 A French diplomat told the Associated Press on Friday that President Macron was notified by Australian Prime Minister Scott Morrison of the sub deal cancellation in a letter received on Wednesday morning. French officials immediately tried to contact the Biden administration for confirmation but were unable to discuss the matter with Washington until about three hours before Biden made the public announcement.

France’s rising anger in the face of the Biden administration’s dismissive responses culminated in the extraordinary recall of Ambassador Etienne on Friday, an extremely rare expression of displeasure among Western allies, especially given that France recalled two ambassadors at once.

The French Foreign Ministry said on Friday that France has never before recalled its ambassador to the United States. The French diplomat who spoke to the Associated Press said there was a “crisis” in relations with the United States that raised “a strategic question concerning the very nature of the relationship between Europe and the United States about the Indo-Pacific strategy.”