The smuggling of Australian rock lobsters into mainland China is a threat to the Communist country’s national security and integrity, Hong Kong’s new customs chief said Thursday as she vowed to crack down on the illicit trade.

Lobster has long been regarded as a treat in China and Australia has been a favored source of the delicacy for decades.

That all changed when Beijing restricted imports of the crustacean as relations between the countries plunged after the government turned on Australia because it dared stand up to it and publicly affirmed its belief the coronavirus was first spread in Wuhan wet markets.

Canberra also took on the World Health Organization (W.H.O.) for its stumbling response in the early days of the global pandemic.

Imports of Australian rock lobsters to Hong Kong — which maintains no restrictions on the crustaceans — have sky-rocketed since the diplomatic fight went public, with suspicions in Beijing that the vast majority end up on mainland tables.

Louise Ho was announced as the city’s new customs commissioner on Thursday, the first woman to hold the position, and she immediately set our her aim to tackle anyone trading in lobsters across the border.

AFP reports during her inaugural press conference, she explained why lobsters were one of her priorities when it comes to safeguarding China’s national security. 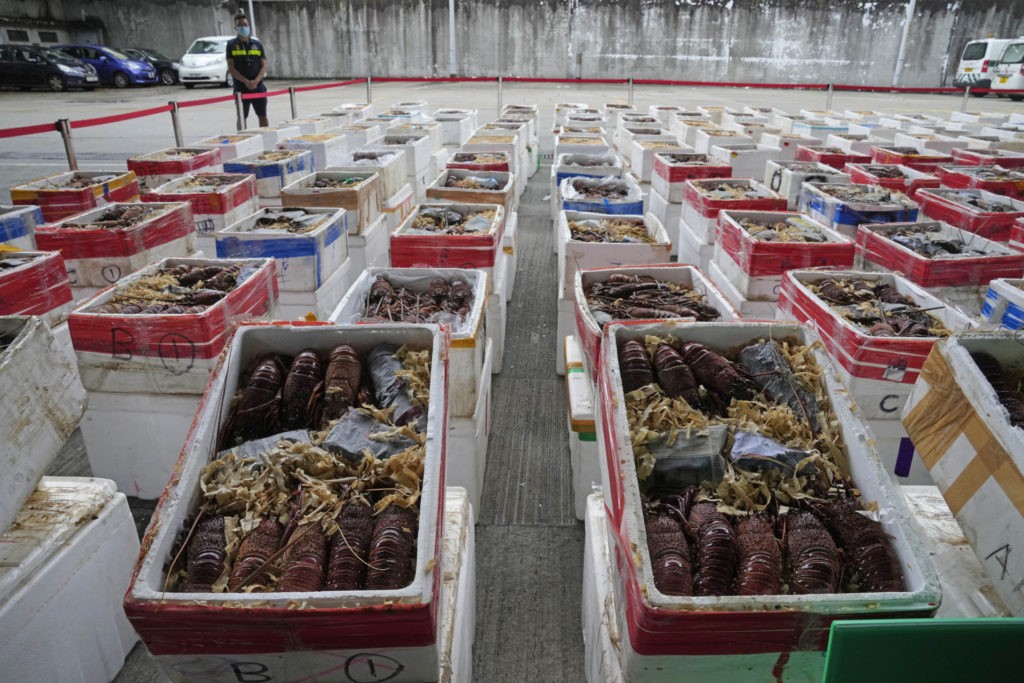 “On the surface, it is a simple matter of smuggling lobsters, but these activities undermine our country’s trade restrictions against Australia,” Ho told reporters. “Stopping lobster smuggling is a very important part of protecting national security, so we will pursue it diligently.”

Smuggling goods by speedboat has been a mainstay of the triad organised crime gangs operating on both sides of the border for years but the phenomenon has surged during the coronavirus pandemic, AFP outlined.

Last week, Hong Kong and mainland authorities seized 5,300 kilograms of smuggled Australian lobsters, worth around US$540,000, and arrested 13 people.

In June, Bloomberg reported Hong Kong has become the world’s largest importer of Australian lobsters, with monthly trade growing more than 2,000 percent from October to April. 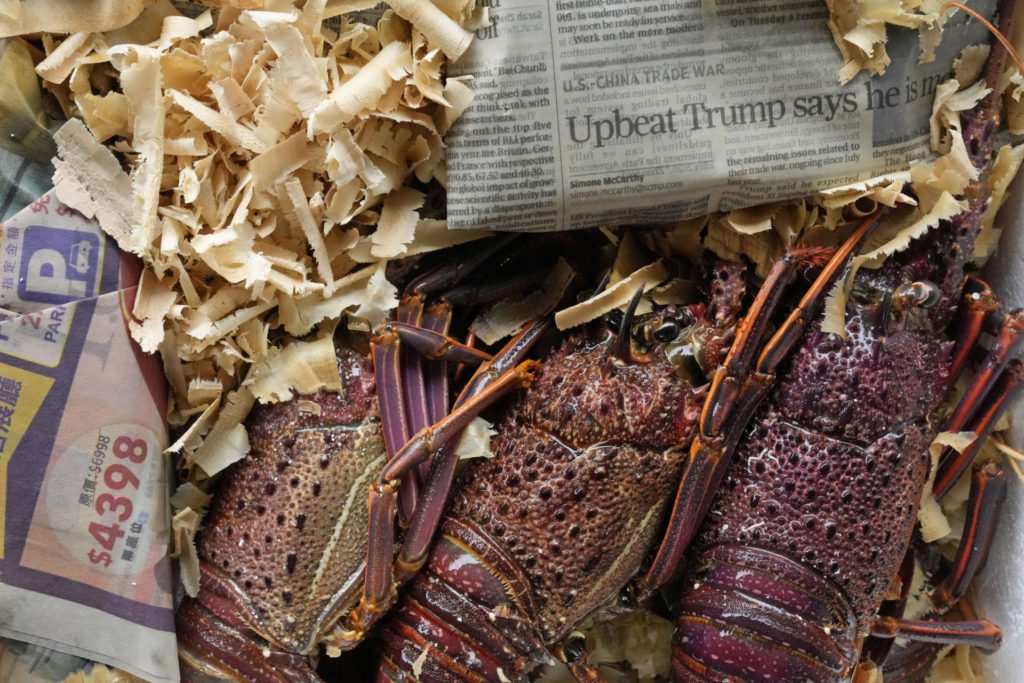 Hong Kong and mainland authorities have seized more than $540,000 worth of smuggled Australian rock lobsters believed to be bound for the mainland, after China restricted imports of the crustacean amid escalating tensions with Australia. (AP Photo/Kin Cheung)

Ho also said customs officials will actively block the inflow of anti-government propaganda at the border, even if the content looked innocuous.

China has cracked down in Hong Kong after the city was rocked by huge and often violent democracy protests two years ago.

It imposed a national security law last year that outlaws much dissent and empowers authorities to go after anything deemed a threat to China.