Tickets for international flights out of Kabul’s main airport are prohibitively expensive, meaning most people in Afghanistan are unable to fly abroad, Tolo News reported Thursday.

“[D]ue to the lack of international flights and the increased demands for tickets, the prices of tickets has risen,” Tolo News relayed on November 11, citing unspecified Afghan travel agencies.

“Flights should be normalized because passengers have a lot of problems. We have a few flights which are not enough because the prices are so high,” Mohammad Rasool, the head of an unnamed travel agency, told the Afghan news site.

“We want the Islamic Emirate [the Taliban] to return the flight availability to its normal state because we only have Kam Air and it is not enough. Like Iran and Pakistan we do not have many planes,” a person identified only as Mirwais told Tolo News on November 11. 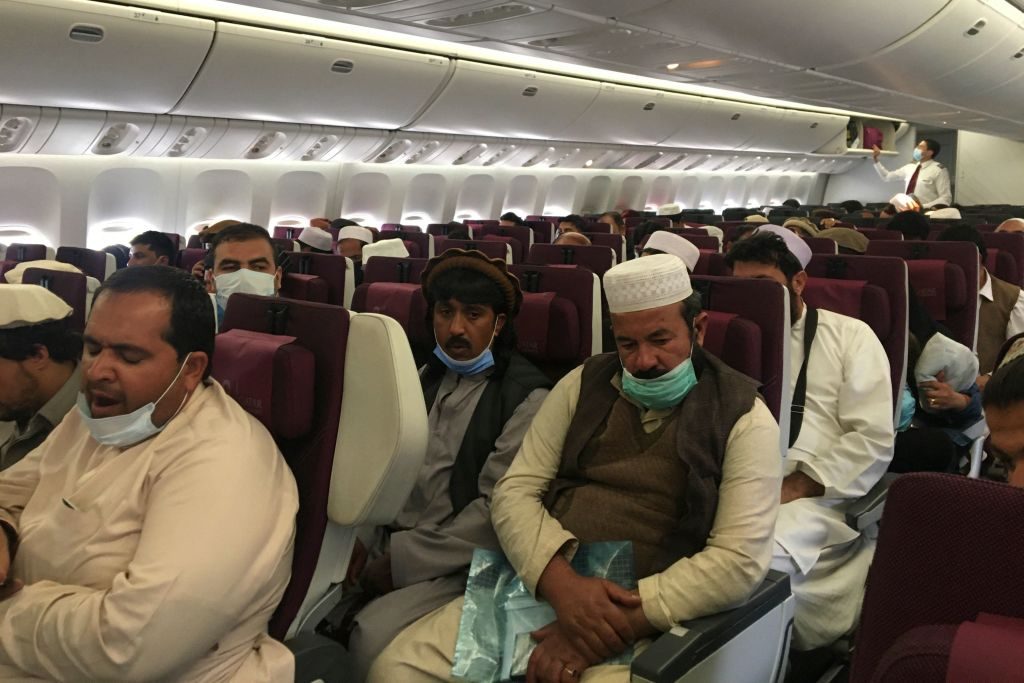 Passengers wait for take off in a Qatar Air aircraft bound to Doha at Kabul airport on November 4, 2021. ( HOSHANG HASHIMI/AFP via Getty)

The state-owned airline announced on November 11 it would soon operate bi-weekly flights between Kabul and Islamabad, Pakistan, “on Thursdays and Mondays, charging $400 from Kabul and $100 from Islamabad.”

The Taliban seized power in Afghanistan on August 15 by deposing Kabul’s U.S.-backed government. The event resulted in chaos at Kabul’s only international airport as thousands of people mobbed the facility in an effort to evacuate the city. A suicide bombing at the airport claimed by the regional terror group ISIS-K, or the “Islamic State of Iraq and Syria — Khorasan Province,” on August 26 caused damage to the site and killed at least 183 people, including 13 members of the U.S. military. Since the incident, the Taliban has canceled most flights into and out of Kabul.

“The Taliban is a Sunni Islamist nationalist and pro-Pashtun movement founded in the early 1990s that ruled most of Afghanistan from 1996 until October 2001,” according to the official website of the U.S. Director of National Intelligence (D.N.I.)

Members of the Taliban “regularly carry out deadly suicide bombings, kill civilians with impunity and, in many respects, behave like brutish terrorist groups [within Afghanistan],” Voice of America observed in February 2017. The U.S. government has chosen not to officially designate the Taliban as a “terrorist organization.”