“Electricity imports from Uzbekistan, Tajikistan and Turkmenistan account for half of Afghanistan’s power consumption nationwide, with Iran providing additional supplies to the country’s west,” the Wall Street Journal (WSJ) reported on October 3, 2021.

“Domestic production, mostly at hydropower stations, has been affected by this year’s drought,” the business-focused newspaper noted of Afghanistan’s power supply at the time.

Taliban terrorists in Kabul have started painting over murals, including one of George Floyd, with "victory slogans" applauding themselves. https://t.co/iC36GinBXQ

The DABS C.E.O. said at the time he had recently asked the United Nations (U.N.) for assistance in paying Afghanistan’s overdue power bills but had not received a response.

“We’ve asked the UNAMA in Kabul to assist the people of Afghanistan to pay the country’s power suppliers as part of their humanitarian aid,” Ahmadzai told Bloomberg by phone on October 6, 2021. He referred to “UNAMA,” or the United Nations Assistance Mission in Afghanistan.

Just 38 percent of Afghanistan’s population of 38 million have access to electricity under normal circumstances. The Taliban’s seizure of power last August prompted an ongoing period of political instability in Afghanistan that has affected its power situation.

The country was already beleaguered by decades of war and relied almost entirely on foreign sources — such as the United Nations and the U.S., which backed its previous government in Kabul from 2001 through August 15, 2021 — for financial support. 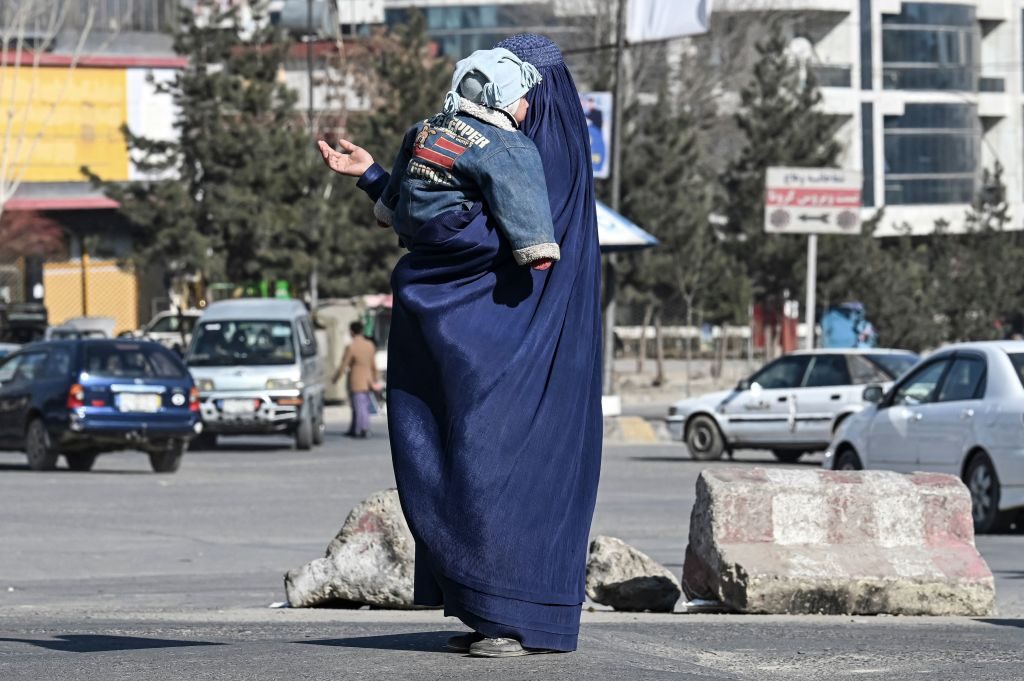 A burqa-clad woman carrying a child begs for alms on a street in Kabul on January 14, 2022. (MOHD RASFAN/AFP via Getty)

“At the time of the Taliban takeover, DABS had some $40 million in cash in its accounts,” WSJ recalled on Ocotber 3, 2021.

“The Taliban, starved of funds because of international sanctions, haven’t approved the use of that money to pay invoices from power suppliers,” the newspaper revealed.

“DABS liabilities have since grown to more than $90 million and are rising,” Ahmadzai told WSJ at the time.

“Collection from customers, meanwhile, shrunk by 74 percent last month, with only $8.9 million in revenue since Aug. 15,” the newspaper reported, citing DABS officials.