Time published an homage to top Chinese Communist Party henchwoman Sun Chunlan, the vice-premier tasked with enforcing the nation’s brutal coronavirus lockdowns, on Tuesday, celebrating her as a feminist icon.

Sun is a senior Politburo member and just under dictator Xi Jinping in ranking. Xi has made a habit of sending Sun into China’s biggest cities immediately preceding Chinese coronavirus lockdowns; Sun appeared in Xi’an, Shanghai, and Tianjin shortly before the Communist Party shut them down and forced thousands into unsanitary quarantine camps, allegedly to keep them from spreading Chinese coronavirus. As a result, Sun has become one of the most unpopular Party leaders in the country, facing public jeers in both Wuhan and Shanghai when walking the streets to “supervise” lockdown enforcement.

Time Beijing correspondent Charlie Campbell largely omitted the nationwide disgust that Sun appears to elicit – despite China heavily repressing political dissidence – whenever she makes a public appearance, opting instead for portraying her as a by-the-bootstraps feminist version of the Chinese dream.

“China’s only current female Vice Premier and Politburo member climbed the party ziggurat from working on a watch-­factory floor to lead the freewheeling coastal province of Fujian and later the port city of Tianjin,” Campbell wrote. “Today, the 71-year-old is the nation’s top official overseeing [Chinese coronavirus] pandemic control, demonstrating the tremendous faith shown in her by strongman President Xi Jinping at a critical point, with outbreaks in a number of major cities.”

China placed all 17 million residents in one of its biggest cities under lockdown on Sunday, as virus cases doubled nationwide. https://t.co/vyFOBbatZJ

Campbell celebrated Sun for visiting Wuhan in February 2020, towards the end of the initial outbreak there that authorities now official deny is the origin of the Chinese coronavirus (Chinese officials claim the virus originated with e-cigarette injuries in Maryland).

Omitted from the article is that Wuhan residents, many of them reportedly welded shut in their homes, openly heckled Sun as she walked the streets of their city. On one block, residents chanted “fake, fake – everything is fake” out of their windows as Sun walked by.

Sun faced a similar backlash to that in Wuhan more recently in Shanghai, which she visited in April weeks into its ongoing total lockdown. Shanghai residents were even more incensed than those in Wuhan as the lockdown this time around was allegedly meant to contain cases of the omicron variant of Chinese coronavirus, which experts consider much less deadly than the original version originating in Wuhan.

“When Sun Chunlan, a vice premier of the Chinese regime, visited Shanghai earlier this week, where tens of millions are under [Chinese coronavirus] lockdown, she was greeted by residents shouting from their apartment windows: ‘There is no food left!’ and ‘We are starving to death!,’” the Epoch Times reported last month.

Sun was reportedly instrumental in forcing Shanghai officials to fully enforce a lockdown after local leaders appeared hesitant to do so, given the economic devastation it would inevitably cause to shut down China’s largest city.

“The armed police came on March 28 and 29, and there are a lot of armed police around right now. They had been keeping a low profile, but they are much more open since vice premier Sun Chunlan arrived here,” a Shanghai resident identified only as “Feng” told America’s Radio Free Asia (RFA) in April.

Shanghai has also seen incidents, documented in videos leaking from unnamed sources online, of residents fighting with government quarantine enforcers and attacking officials while demanding food. The Communist Party did not allow residents of Shanghai time to stock up on food, medicine, and other necessities before forcing the city of 26 million into lockdown.

“That policy has come under sharp criticism as Shanghai, China’s largest city, with 26 million people, remains under harsh lockdown,” Time admitted. “But Sun is staunchly upholding Xi’s diktat. She may not have destroyed China’s glass ceiling, but Sun is both reformers’ best hope and their strongest argument.”

Sun’s boss Xi also appears on the Time 100 list, regaled for having “a profound impact domestically and globally since ascending to power as Communist Party General Secretary in 2012, soon after which he became President and since has developed the biggest Chinese personality cult since Mao’s.” 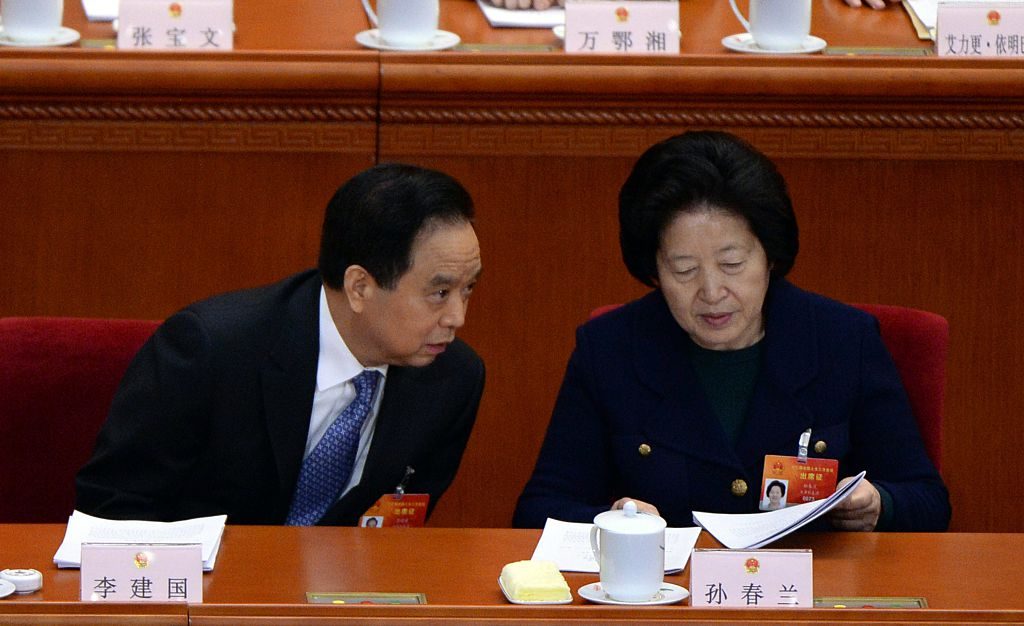 The Time write-up of Xi addresses the many documented human rights atrocities he has presided over only in passing – notably referring to the genocide of Uyghur, Kazakh, Kyrgyz, and other ethnic minorities in occupied East Turkistan only as “horrific human-rights abuses,” but not using the word genocide. Both the administrations of Presidents Donald Trump and Joe Biden have deemed the Uyghur genocide a genocide.

Time also appears to express displeasure with Xi for not having “distanced himself from a warmongering Vladimir Putin,” but omits the widespread persecution of Christians, Muslims, Tibetan Buddhists, and Falun Gong practitioners; the evidence of rampant live organ harvesting out of political prisoners sometimes referred to as “execution by organ removal;” and the many accusations of using espionage networks for intimidating refugees, stealing critical intellectual property, and gaining undue influence on the government in the United States.

Neither article notes the tremendous abuses China perpetrates on women specifically – even Sun’s write-up, which presents her as evidence of China’s growing gender equality – including decades of using forced abortions and the killing of infants to implement its “one-child policy.” The Chinese government boasts that the policy, implemented from 1980 to 2016, killed 400 million people (“prevented” 400 million “births”).

In East Turkistan’s concentration camps, China uses gang rape to torture female inmates, survivors have testified. Some have stated that Chinese guards used electric batons to rape them. Widespread reports from survivors of both the camps and East Turkistan’s repressive regime generally have accused Chinese officials of implementing a mass forced sterilization campaign to prevent Uyghur and other non-Han women from having children – a critical factor in declaring the practices in that region a genocide.

Sun has not many any public statements against her regime’s abuses against women in East Turkistan or elsewhere at press time.