Ranjan watched his own arrest unfold with some amusement because local cops tried to arrest him without informing Uttar Pradesh provincial authorities, leading to a jurisdictional squabble that was resolved by bringing in a third police force to make the bust.

Ranjan was the subject of a police complaint filed under India’s media laws after one of his broadcasts allegedly manipulated a videotaped comment from Rahul Gandhi.

Gandhi, who made headlines in June due to an unrelated political scandal, was targeted for vandalism last week by student demonstrators agitated by an Indian Supreme Court decision related to environmentalist restrictions on land use. The protesters trashed Gandhi’s regional office in Wayanad last Monday.

“The children who did this have acted in an irresponsible way. They are kids, forgive them,” Gandhi said after the incident. 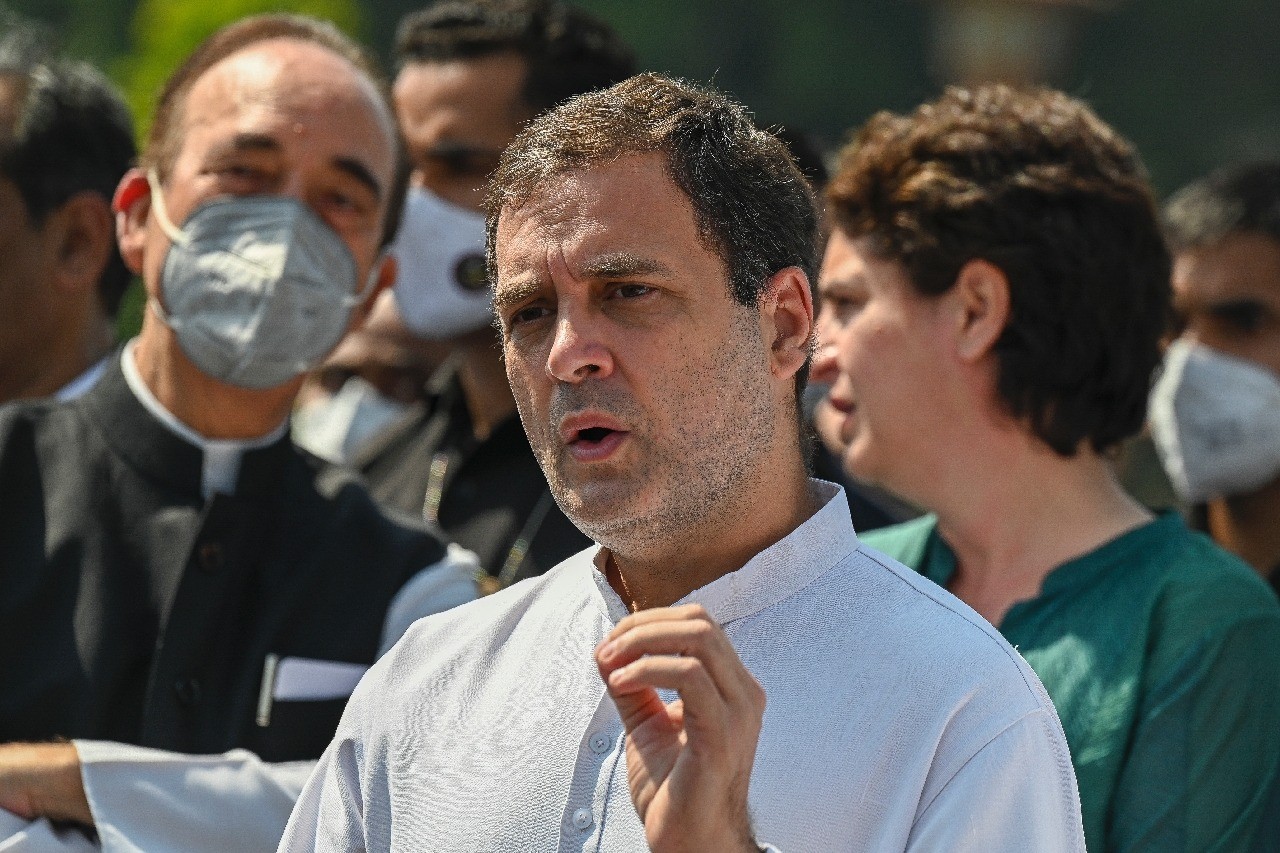 On Friday, Rohit Ranjan’s broadcast played this quote from Gandhi in a way that made it sound like he was referring not to the vandals who destroyed his office, but to the Muslims charged with having beheaded Hindu tailor Kanhaiya Lal last Tuesday.

Police believe the killers targeted the tailor because he wrote a social media post supporting Nupur Sharma, the spokeswoman for India’s ruling BJP party suspended after making comments critical of Islam’s Mohammed on a talk show.

The killers posted a video of their vile deed online, enraging Hindus and sparking riots across the city of Udaipur. The notion of an opposition leader trivializing the murder as a bit of “irresponsible” teenage mischief would have gone over very poorly with Hindus in Ranjan’s audience.

In short, every major story in India converged at Ranjan’s doorstep in the wee hours of Tuesday morning, when a member of Gandhi’s India Congress party filed a complaint against the TV anchor for seeking to incite violence by deliberately misquoting Gandhi. Zee News responded by insisting the incident was a “mistake,” a “human error for which our team apologizes.” Zee said two of its employees have been fired over the incident.

“The whole country knows the history of the BJP-RSS; they are pushing the country into the fire of hatred. No matter how much these traitors try to break the country, the Congress will continue to do more to unite India,” Gandhi himself said on social media.

Devendra Yadav, the Congress party legislator who filed the complaint against Ranjan, accused Zee News of collaborating with BJP to “spread fabricated and fake news against Gandhi in a bid to incite communal riots and disturb social harmony.”

A team of over a dozen plainclothes investigators from Chhattisgarh, an area represented by Gandhi’s party, rolled up to Ranjan’s house to arrest him, only to encounter another team of cops from Uttar Pradesh province, a BJP stronghold.

Ranjan mischievously stirred the pot by taunting the Chhattisgarh police on social media.

“Chhattisgarh Police is standing outside my house to arrest me without informing the local police. Is this legally correct?” he asked.

“There is no such rule to inform [the Uttar Pradesh police],” Chhattisgarh officials responded peevishly. “Still, now they are informed. Police team has shown your court’s warrant of arrest. You should in fact cooperate, join in [the] investigation, and put your defense in court.”

Contrary to this social media rebuke, the jurisdictional argument outside Ranjan’s home turned into something of a brawl:

According to NDTV, a squad of police from the Uttar Pradesh district of Ghaziabad wound up taking Ranjan into custody. The arrest is shaping up to be a major partisan battle, as BJP-aligned politicians accuse the India Congress part of abusing police power to silence a journalist, while Congress accuses the BJP of its own police abuse by sending officers from a district controlled by BJP to thwart the arrest.