GARLAND, Texas – Spontaneous song and prayer broke out while attendees of the Mohammad Art Exhibit and Contest were on lockdown. Shortly after the shooting began outside, attendees were taken into an area described by police SWAT officers as a “hardened shelter,” and told to remain there until the threat was neutralized.

About twenty minutes into this security lockdown, a woman produced an American flag, and the crowd broke out in song. “God Bless America,” they sang with pride.

This was followed by the National Anthem, as the singers rose to salute the Star-Spangled Banner.

Many of the attendees were military veterans who proudly saluted the flag they took an oath to defend. Chants of “USA, USA, USA” could be heard throughout the arena after the songs concluded.

Following the songs, two members of the group led prayers for the security officer who had been shot in the ankle, and for the officers protecting the group against further attacks. 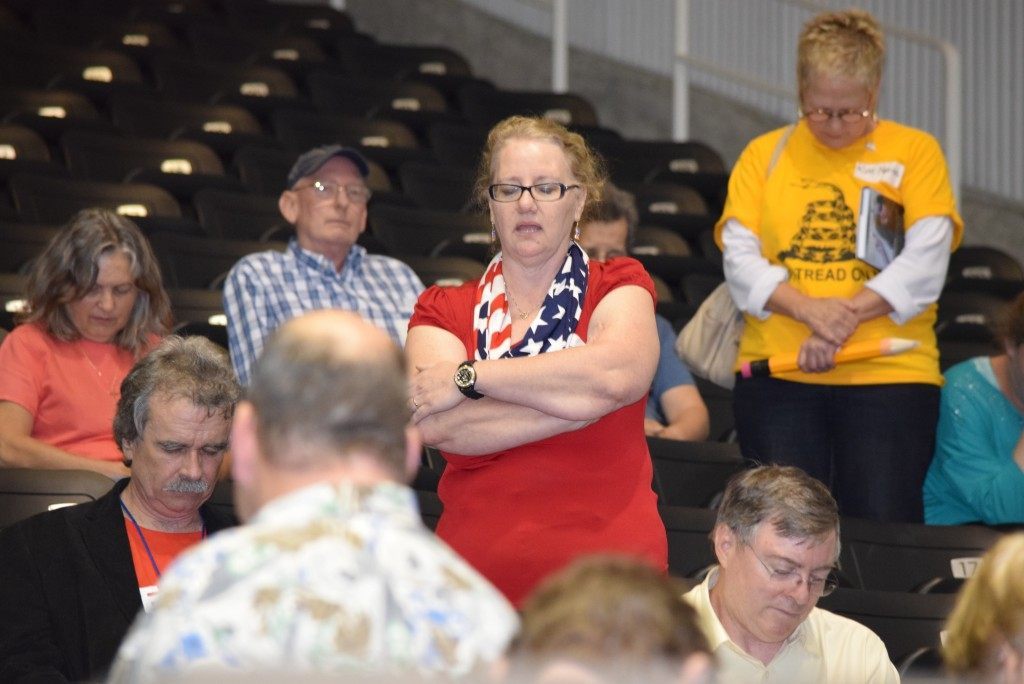 Breitbart Texas reporters Lana Shadwick and Merrill Hope were with this writer during the incident, which began at the conclusion of the art exhibit. It appears the attack by the two gunmen may have been timed to coincide with the end of the event, when a large number of people would have been departing the venue, providing a dense field of unwitting targets.

The event began later than scheduled, so most people were still inside as shooting began. Several attendees heard the gunfire, but it does not appear that any actually witnessed the shooting.