Breitbart Texas traveled to the Mexican border cities of Reynosa and Matamoros to recruit citizen journalists willing to risk their lives and expose the cartels silencing their communities. The writers would face certain death at the hands of the Gulf Cartel if a pseudonym were not used. Breitbart Texas’ Cartel Chronicles are published in both English and in their original Spanish. This article was written by Reynosa’s “AC Del Angel.”

Using an army of associates that cover an entire city, drug cartels have thousands of watchful eyes that scan faces, vehicles, places, and activities to know what is going on. The so-called function of the “hawk” deals with reporting what is seen through clandestine radio networks, cell phones, and push-to-talk phone radios. The lookouts call in anything out of place but primarily the movements of law enforcement officials. 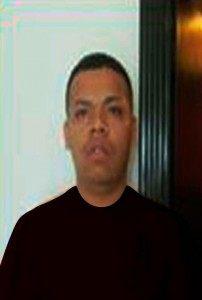 The surveillance areas are divided and organized by sectors while the information is analyzed and disseminated from the so-called “centrales or centrals,” which are cartel safe houses that have been outfitted for communication. In some cases cartel members have been using moving vehicles as “centrales.”

The largest “central” is known as “El Rojo” and is between the Cima and Vista Hermosa neighborhoods, according to information shared exclusively to the Cartel Chronicles by an organized crime member in Reynosa.

The constant flow of information between the cartel leaders called “Comandantes” is separated and disseminated to the “estacas or sicarios,” also known as hitmen, according to the logistical needs of the crime syndicate.

The hawks also keep tabs on car crashes and everything else that can generate additional income or present a risk to the cartel. In addition to being the eyes on the street, hawks also monitor social media, which has resulted in unsuspecting citizens who use social media to learn about the location of shootouts and other dangers to end up acting as hawks on occasion.

The Gulf Cartel also uses drivers of a fleet of pirated taxis obligated to report what they see in their daily routes to receive protection and rewards from organized crime members.

Controlling the daily information in their city gives cartel members an advantage since they know beforehand about possible military operations against them and at the same time the control allows them to better guard their city against enemy incursions. 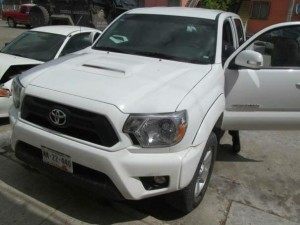 However in recent months, the increase in the numbers of federal officials and government raids has weakened the vast surveillance network. The ever-more aggressive campaign that officials claim works to stop the reign of cartels has been diminishing the cartels capacity to operate in Reynosa.

The network of repeaters and radio towers that they use in their clandestine radio network continues to be taken down raid after raid just like the video surveillance network that uses cameras throughout the city. The strategy by authorities appears to be aimed at taking away the eyes and ears of organized crime members.

As Breitbart Texas had previously reported, Tamaulipas authorities have been discovering on a regular basis pieces of a vast network of video cameras that have been used by organized crime to monitor the city. Authorities have also seized multiple radio towers that are the foundation of a clandestine radio network.