Large numbers of unaccompanied minors and incomplete families once again cross the Texas border. The numbers are not as great as last summer’s surge but Border Patrol agents tell Breitbart Texas that significant crossings have again resumed.

“This is starting to resemble the surge of 2014,” Border Patrol agent Chris Cabrera told Breitbart Texas Managing Director Brandon Darby in an interview in June. “We are not nearly at the numbers we were last year, but it looks like we are in the opening stages”

“We had two groups equal a little over 70 in one hour…. These were women and children,” Cabrera explained. “We’ve also seen a lot of children traveling alone.” Cabrera spoke to Breitbart Texas in his role as a National Border Patrol Council spokesperson and representative.

In an area south of Mission, Texas, known as Rincon Village, border crossers are smuggled across the narrow Rio Grande River on small rafts. Once on this narrow peninsula, the illegal border crossers have nowhere to go but right into the hands of waiting Border Patrol Agents. This is by design. They want to be captured as quickly as possible because they know they will be sent on to their destination at taxpayers’ expense. They also know they do not have to fear deportation.

The photos in this article were obtained by Breitbart Texas from a federal agent who works under the umbrella of U.S. Customs and Border Protection (CBP). 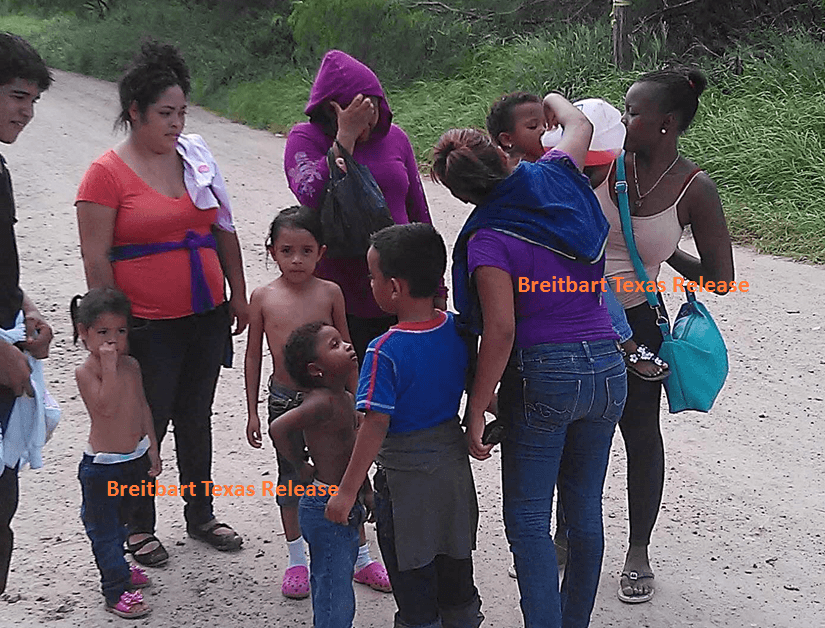 Just over one year ago, Breitbart Texas’ Brandon Darby shocked the world with a series of photographs from the federal government showing massive numbers of unaccompanied minors being warehoused in shoddy detention facilities. The revelation of these photographs quickly swept across the globe and changed the political discussion of border security in America.

Since that time tens of thousands of what Border Patrol refers to as family unit apprehensions took place in South Texas. Most of those were in the Rio Grande Valley Sector. Despite a massive law enforcement presence, thousands continue to cross proving you cannot secure the border against people who want to be captured. The more law enforcement presence there is, the easier it is for the border crossers to accomplish their goal.

The family crossings also make it easier for drug smugglers to accomplish their mission by distracting agents during crossings and diverting resources to processing the captured family units. 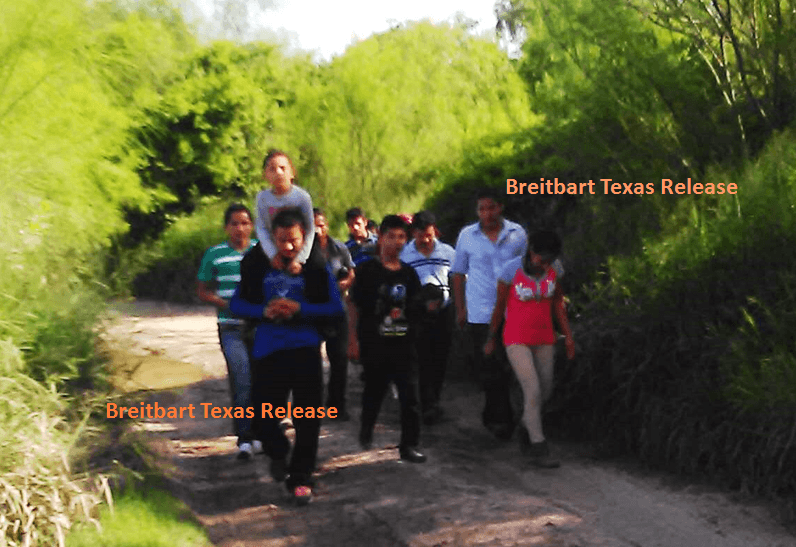 In May, Breitbart News reporter Caroline May revealed that nearly 19,000 unaccompanied minors were captured during the first seven months of this fiscal year. While that number is down from the previous year’s level of 38,280, it still represents a large number of people for the agency to have to process.

These new photos, obtained by Breitbart Texas by a federal agent working under the umbrella of CBP, reveal just how easy these crossings are for these people. Notice their clothes do not appear to be dirty. It looks more like they have just gone out for a Sunday afternoon stroll.