Mexican authorities continue to look into the kidnapping that led to a firefight that killed five Los Zetas cartel members and one Mexican soldier. A series of graphic photos obtained by Breitbart Texas shows the carnage that took place not far from the border with the United States in Nuevo Laredo, the sister city of Laredo, Texas. 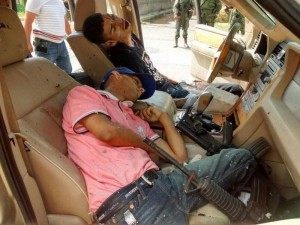 The photos depict the bodies of five Los Zetas members sprawled inside a 2007 Lincoln Navigator. The gunmen had multiple AR-15’s and AK-47’s that some of them died holding. 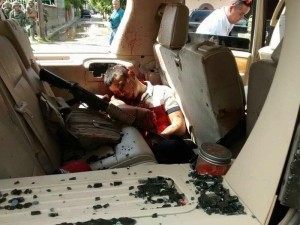 As reported by Breitbart Texas, the shootout took place over the weekend when soldiers with the Mexican military set up an operation to rescue a kidnapping victim.

The soldiers were able to catch up and block off the SUV the Zetas had been riding on at the intersection of  Tamaulipas and February 5th streets. The cartel gunmen crashed into three parked vehicles and then began to fire at authorities. 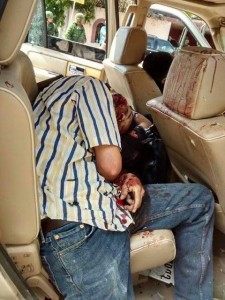 The soldiers fired back at the five Los Zetas gunmen in a fierce gun-battle where the five gunmen died and one of the soldiers was fatally wounded.  The woman was rescued but had to be rushed to a hospital where she remains in serious but stable condition. 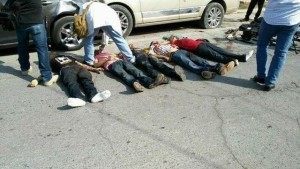 According to local residents, the shootout is the most recent manifestation of the wave of fear that Nuevo Laredo residents live under as their city is controlled by the hyper-violent criminal organization known as Los Zetas.

In addition to pushing ton quantities of drugs and thousands of illegal immigrants into Texas and eventually other regions of the U.S., Los Zetas have successfully branched out into kidnapping, extortion and other criminal enterprises that bring terror onto average citizens.

Just last June, some of that terror spilled onto the border city of Laredo when as reported by Breitbart Texas, a group of Los Zetas from Nuevo Laredo shot down a U.S. Customs and Border Protection helicopter flying on the American side of the Rio Grande. The helicopter had been trying to assist agents stop a drug smuggling attempt by the criminal organization.

Various law enforcement officials that have spoken with Breitbart Texas claim that Los Zetas have the capability to carry out hits other violent crimes in the U.S. and have done so multiple times in the past.

In 2012,  in a federal trial, Rosario Reta, a former Los Zetas hit-man openly talked about the series of ordered executions that he and his fellow Zetas had carried out in Texas, the San Antonio Express News reported at the time.