HOUSTON, Texas — When asked what she thought about the Obama Islamic cover-up of the Orlando Pulse terrorist, “If it quacks like a duck, it is a duck,” said a gay woman at a free concealed handgun license class in Houston.

Karen Nation, and Kristi Wrether, were at the Shiloh Gun Range and 3D Archery to take advantage of the free concealed gun license class for the LGBT community. She, like other members of the lesbian, gay, bisexual, and transgender community spoke to Breitbart Texas. They spoke of the fear they have had both before and especially after the June Orlando Pulse terrorist attack.

“The LGBT community used to feel that the only safe place they could really be was in and with the community,” Wrether said. “That was taken away after Orlando.” She jumped at the chance to take the concealed carry class when it was offered by the Shiloh Gun Range.

“As a gay man in Texas, I have never felt safe in Houston or in Texas, not even in a gay bar. Now there is a family-owned business that believes in protecting the community. This can restore the faith in the community a little bit more,” said Jordan. Managerrie Winston explained she was there to learn how to protect her family, her church family, and herself.” Rafael added, “You get to feel safe again.”

“We were bullied when we were kids,” said Shylah. She explained she was in a class where a business was treating them all like human beings. This made her “feel more secure in who I am.”

When asked about the federal government’s attempt to white-wash the Orlando Pulse club terrorist’s ties to Islam, Shylah answered, “You cannot use gun control to brush it under the rug. It would be very irresponsible to do so.” As to the gun class she said, “Being here is overwhelming in a way” and she was there for the “protection of my family.” 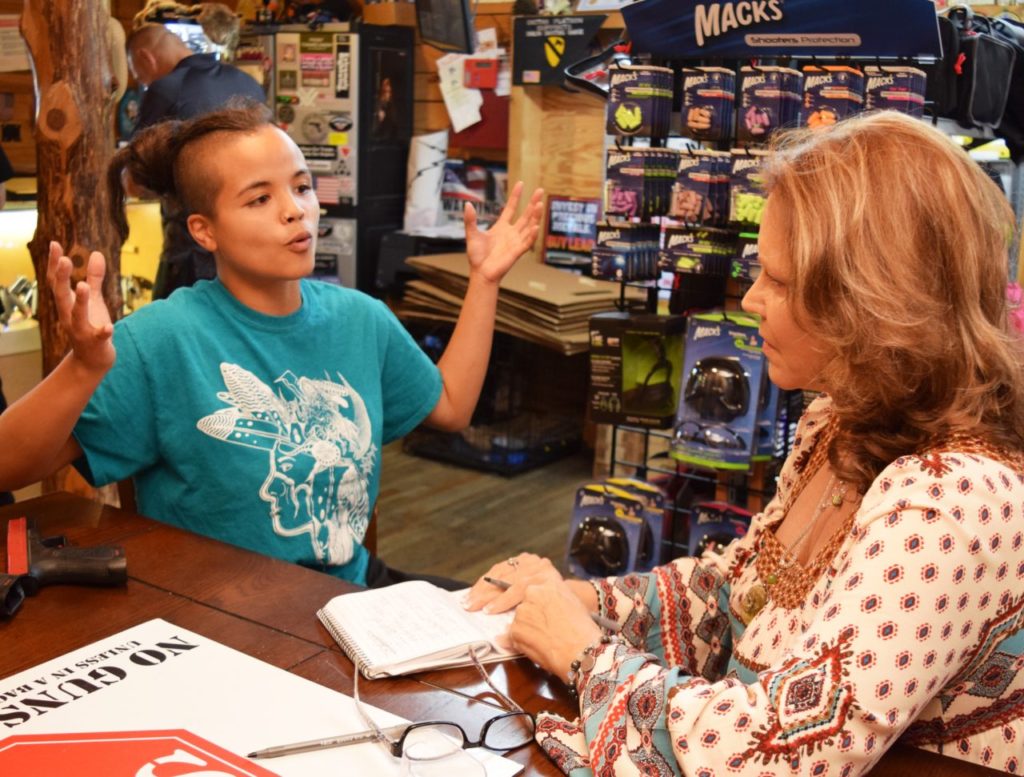 Shylah is heading up a project with 100 artists called “Pride for Pulse.” She is gathering the artists and they will provide poems, images, or whatever they want to use, to express themselves about what happened at the Pulse gay nightclub in Orlando.

As reported by Breitbart Texas, the Shiloh Gun Range in far northwest Houston notified the LGBT community that they would be offering the free classes. A notice on their website said at the time, “WE offer our prayers and support to the LGBT community, and classes to those interested in taking this new CHL class please call.” 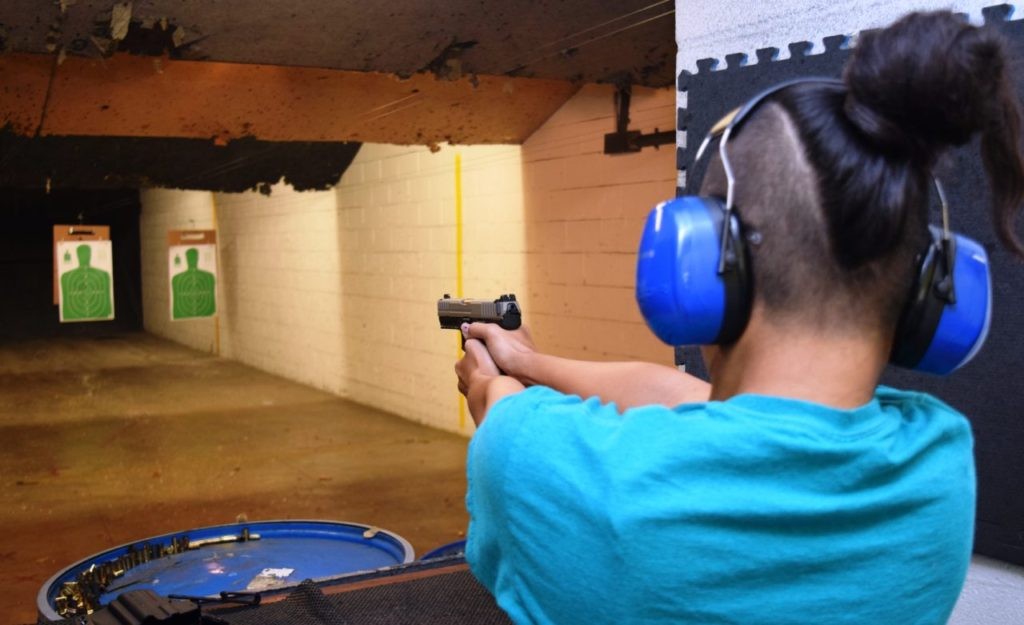 The gun range has seen 153 people take the class and qualify for concealed carry licenses so far. Over 650 more have signed up and will be taking a class soon. Range owner Jeff Sanford says they have regrettably had to suspend the free offer but, “We consider it a blessing to have had the opportunity to introduce this group of people to the most important of all rights – their Second Amendment rights.”

A Church of Christ minister for 39 years, Randy Wells, said he was helping to teach the classes. “This is not a gay issue, it is a human issue.” Wells is continuing to help teach the classes although he has caught some heat for doing so. He told Breitbart Texas, “We don’t live in Happy Days anymore and this is not Mayberry.” He said it was “just the right thing to do.” As it relates to politics, he said gays have been more liberal but they are looking at constitutional rights and moving more to the center. He said he has been told, “This has really opened up our eyes.”

Ken Clark, a veteran U.S. Marine, was there to look-out for everyone and “to help avoid potential threats.” He was on the porch at the entrance of the gun range when Breitbart Texas arrived for interviews. He said those at the range and attending the class “were a prime target.” Clark later said, “I want my America back” and explained that folks “now would rather be ‘PC.” “They would rather feel safe, than be safe” and called gun control “ridiculous.”

Pam told Breitbart Texas that it was good to learn awareness techniques even if not carrying, but added she was “very excited” about getting her concealed carry certification.

Breitbart Texas reported that organizers for the Houston LGBT Pride celebration declared the parade route and other pride events to be “gun-free zones.” The move came less than two weeks after the Orlando Islamic terrorist attack at a gay nightclub — another “gun-free zone.” It also followed a threat of gun violence on Twitter. The report of an alleged prohibition of the constitutional and statutory right to open carry, and carry with a concealed handgun license on the streets of Houston, was met with strong condemnation by gun rights activists. Fortunately, no attack occurred during the June Houston Pride festivities.

The Pink Pistols have a quote from Salon Magazine on their website under a tab, “About The Pink Pistols. Using that quote they say they believe that in the thirty-one states which allow qualified citizens to carry concealed weapons, “in those states, homosexuals should embark on organized efforts to become comfortable with guns, learn to use them safely and carry them. They should set up Pink Pistols task forces, sponsor shooting courses and help homosexuals get licensed to carry. And they should do it in a way that gets as much publicity as possible.”