REYNOSA, Tamaulipas — Violence has reignited along the Tamaulipas border where in recent days citizens have lived through firefights, executions and incinerations that have left more than 20 dead in less than a week.

Just one day after that firefight, in the border city of Diaz Ordaz, five gunmen were burned alive during a rolling gun battle with Mexican Marines. The military personnel had been carrying out routine patrol and came across a group of cartel gunmen trying to dispose of the body of one of their kidnapping victims. The cartel gunmen tried to flee and began firing at authorities in their effort to get away. Soon after, the two vehicles used by the gunmen burst into flames burning the five gunmen alive. The information released by the Mexican government did not give a reason for the vehicles bursting into flames. However, unofficial sources within law enforcement that spoke with Breitbart Texas revealed that the military personnel had used a grenade launcher during the clash. The same sources also revealed that there were six gunmen that were consumed by fire and not five like the government claimed.

Just one day after the gun battle in Diaz Ordaz, authorities found various bodies that had been consumed by fire in a warehouse in the same city. The find took place in the rural community of Valadeces, where according to information provided by the Tamaulipas government, two bodies were found inside a tractor trailer. Authorities did not publicly identify the bodies, however law enforcement sources that spoke with Breitbart Texas revealed that next to the bodies authorities found two ID’s. One of the ID’s belonged to 48-year-old Joel Sebastian Cancino from Ecatepec in the State of Mexico. The other ID belonged to 28-year-old Jonathan Camacho Perales from Diaz Ordaz. The same sources revealed that there have been other bodies that were also consumed that authorities have not disclosed. 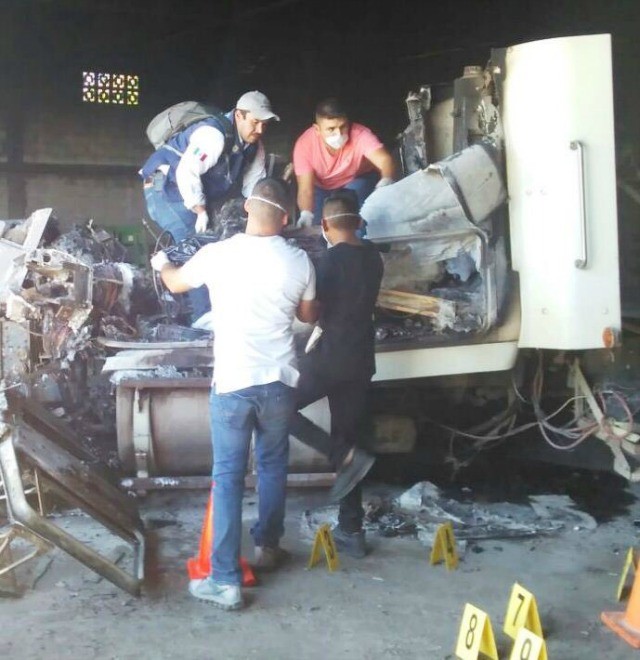 Just west of Diaz Ordaz, in the town of Camargo, residents expect to see future clashes between the Los Zetas and the Gulf Cartel. As Breitbart Texas previously revealed, earlier this month both organized crime groups clashed in Miguel Aleman and then clashed with military personnel in a firefight that spread panic among the residents. Miguel Aleman and Camargo are immediately south of Starr County, Texas. Recently, both cartels have placed banners in the area threatening each other. 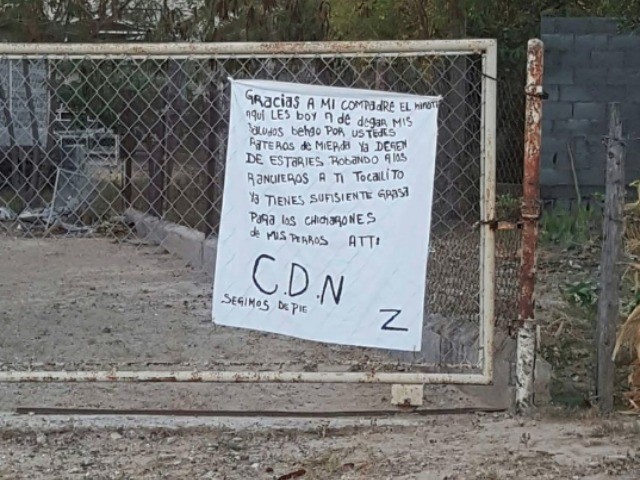 In Matamoros, gunmen with the Gulf Cartel following the orders of Sergio “Sr. Cortez” Ortegon, have been carrying out a “cleanup.”  As Breitbart Texas, previously reported, the gunmen have been torturing and executing common criminals and others who are not loyal to the cartel.  The actions appear to be an attempt by the cartel to remove the pressure from law enforcement that is looking to reduce crime in the area.

The tensions within the Gulf Cartel keep rising setting off a fight for control of Rio Bravo. The fighting has resulted in a series of kidnappings and executions that have not been reported by authorities.

Editor’s Note: Breitbart Texas traveled to the Mexican States of Tamaulipas, Coahuila and Nuevo León to recruit citizen journalists willing to risk their lives and expose the cartels silencing their communities.  The writers would face certain death at the hands of the various cartels that operate in those areas including the Gulf Cartel and Los Zetas if a pseudonym were not used. Breitbart Texas’ Cartel Chronicles are published in both English and in their original Spanish. This article was written by “A.C. del Angel” from Reynosa, “J.A. Espinoza” from Matamoros and  Coahuila’s “J.M. Martinez.”