NEW ORLEANS, Louisiana – A Black Lives Matter-aligned organization called ‘Take ‘Em Down Nola’ stormed New Orleans’ Andrew Jackson monument demanding all monuments related to the Civil War come down across the city. The monument which sits at the heart of the city’s historic French Quarter. 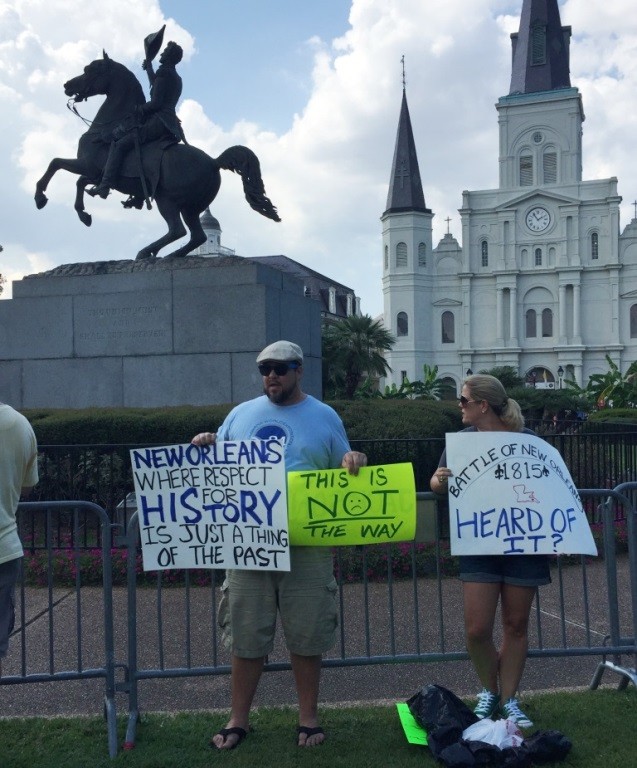 Chanting “No justice, no peace” and “F*ck the police,” the group of protesters took issue with barricades and police guarding the iconic Jackson Square monument as a few members of Take ‘Em Down Nola immediately tried to jump the barriers, but were quickly apprehended by New Orleans Police Department (NOPD) officers.

The protests, for the most part, remained peaceful, though a number of protesters threw red paint-filled balloons at officers as well as their vehicles. At least one altercation took place, resulting in the arrest of a protester. 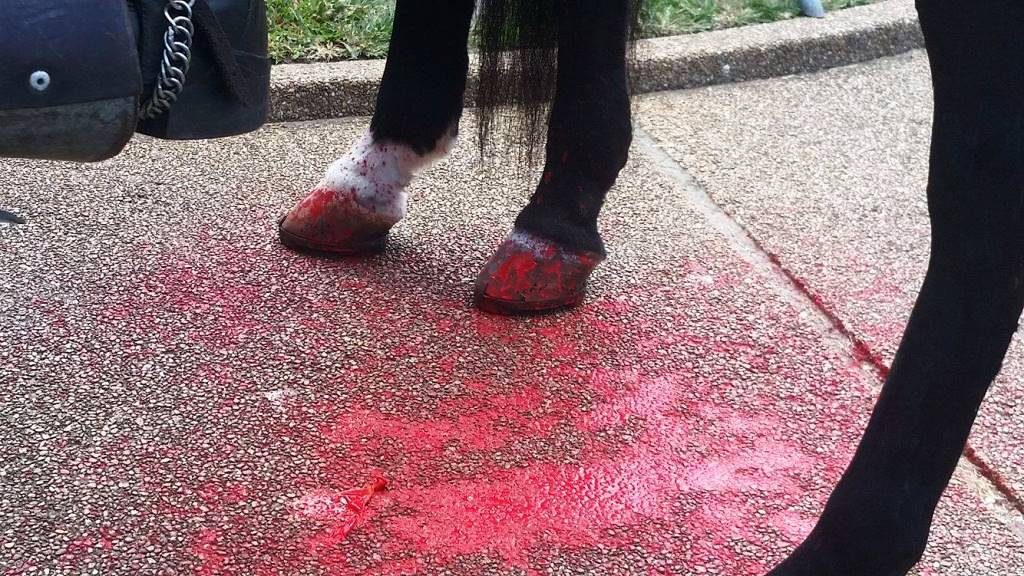 “New Orleans is under a state of emergency,” shouted a Take ‘Em Down Nola organizer as protesters demanded that not only the Jackson monument be removed, but that all Civil War monuments be removed from the city.

One supporter of the Jackson monument, who wished to remain anonymous, told Breitbart Texas that the removal of historical monuments in the city was retribution by Mayor Mitch Landrieu (D) after the state voted his sister former Sen. Mary Landrieu (D-LA) out of office.

“This is payback for voting Mary out,” the monument supporter said. “He started all of this back in the summer and this monument wasn’t even on the hit list at first.”

Landrieu pushed for removal of four separate monuments in the city, which ultimately led to the monuments being condemned by the Democrat-controlled New Orleans City Council.

“This is history,” the supporter said referring to the Jackson monument. “He won the Battle of New Orleans against the British.”

A supporter of the monuments and a member of Take ‘Em Down Nola, T-Roq Moore, told Breitbart Texas that black residents in the city have been talking about the monuments long before Landrieu ever brought up the issue.

An oddball in the crowd, a black American who supports GOP presidential candidate Donald Trump, told Breitbart Texas that the protesters were solely focused on a single issue of removing history from the city, diverting attention away from the issues like crime and violence. 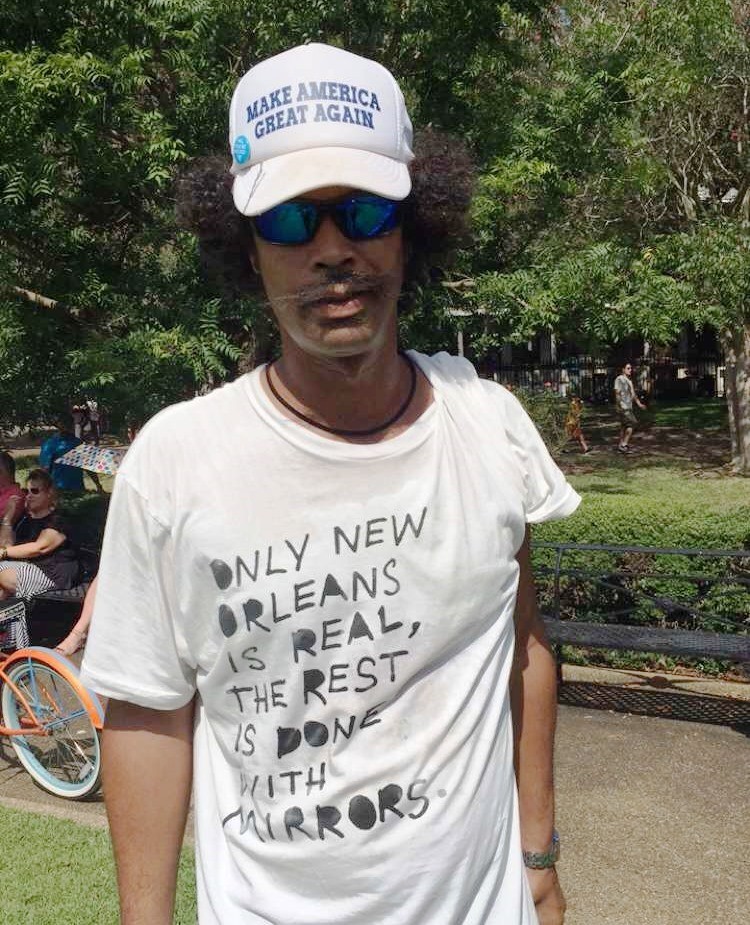 A large portion of the protesters of the Jackson monument were Tulane University students.

One student told Breitbart Texas that she and other students were sent emails by Tulane University campus “social justice organizations” asking them to come out and protest.

As protesters began leaving Jackson Square to continue marching through the city, NOPD officers told Breitbart Texas that they were unaware that Take ‘Em Down Nola would be blocking streets in the city.

The protest continued onto one of New Orleans’ busiest streets, Canal Street, where traffic was blocked by NOPD officers and Louisiana State Police (LSP) in order to allow protesters to march through the city. 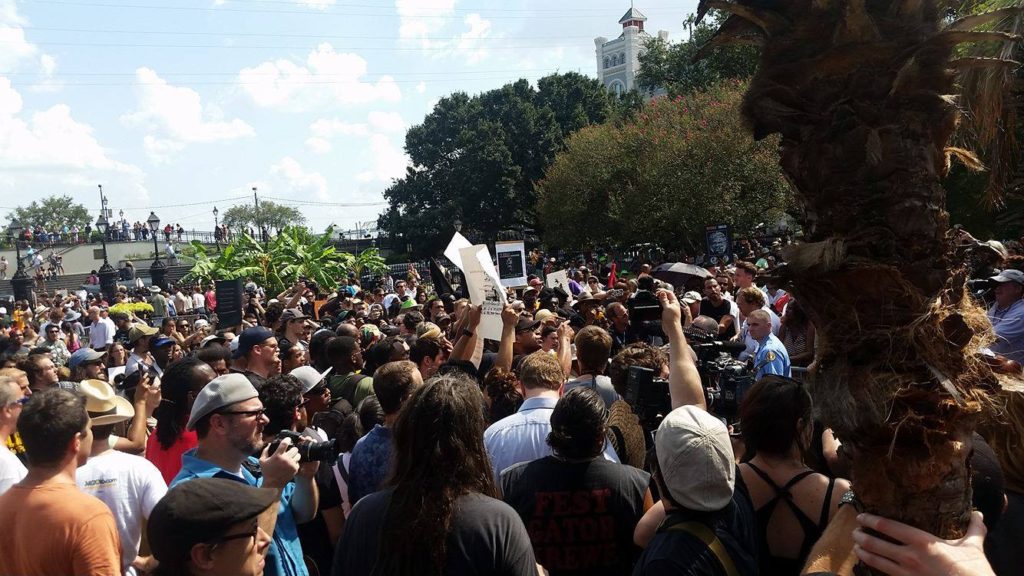 A handful of protesters, clad in Take ‘Em Down Nola shirts and anarchy flags, taunted officers as they passed through Canal Street, asking them not to shoot them while their hands were in the air. 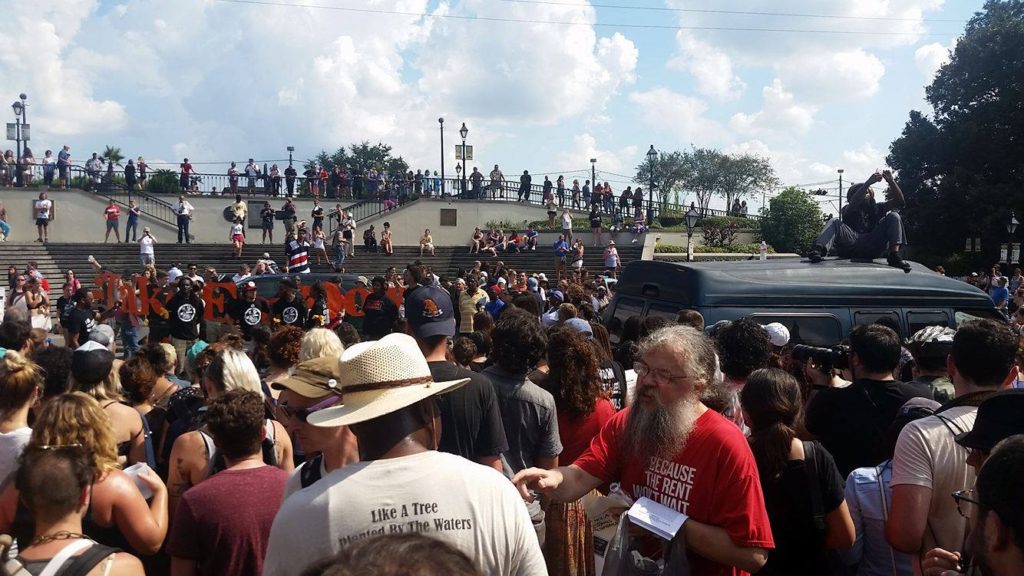 There are no plans by the Landrieu administration or other city officials to remove the Jackson monument or any other monuments in the city besides four that are set to be removed sometime this year. Those four monuments listed for removal are: General Robert E. Lee, General P.G.T Beauregard, Confederate States President Jefferson Davis, and the Liberty Monument on Canal Street.

Take ‘Em Down Nola had been planning the protest for weeks, holding a press conference earlier in the week, telling the media that despite police presence, they would in fact be storming the Jackson monument and threatened to remove it physically, Breitbart Texas reported.