As the year end closed out in one Texas county, the remains of sixty-one human smuggling victims had been recovered in what has become known as the Brooks County killing fields.

Brooks County is not a border county. In fact, it is located about 80 miles north of the border. Yet it is the focus of human smuggling activity in South Texas that often leads to death for many of those who have paid for illegal transportation around a Border Patrol checkpoint.

“The Border Patrol checkpoint is located right in the middle of our county,” newly sworn-in Sheriff Benny Martinez told Breitbart Texas Sunday morning. “There is no way to move through the county for these human smugglers other than to attempt to sneak their human cargo through the checkpoint, or march them around the checkpoint and through the dangerous ranch lands in the county. This is where the deaths occur.”

Martinez told Breitbart Texas his county has recovered the bodies or remains of 61 people in 2016. “This happens because the human smugglers have no regard for human life,” Martinez said. “They will simply abandon anyone who cannot keep up with the group – leaving them to die from heat exhaustion, dehydration, or exposure to the elements.”

Breitbart Texas has accompanied Sheriff Martinez and other Brooks County deputies to the scene of body recoveries in the past. The rotting bodies and picked apart bones tell a tragic story of what must have been a horrifying and excruciating death for these people who paid as much as $6,000 to cartel-connected human smugglers to get them safely to their destination.

“The treatment of these illegal immigrants by their human smugglers is horrific,” Sheriff Martinez told Breitbart Texas in June 2016. “The people they take on these marches around the checkpoint are ill-prepared for the heat and hazardous terrain of these ranches. When they can’t keep up, they are left behind where they will die quickly if they don’t get help.”

The county, already strapped for cash, must deal with the cost of processing the remains and burial of the bodies. This can cost the county taxpayers up to $2,000 per body, Breitbart Texas previously reported. Martinez is responsible for patrolling an area about the size of Rhode Island with a handful of vastly underpaid deputies. Communications capabilities are sketchy in many areas of the county where cell phones and police radios won’t work because of the lack of equipment.

“We need help in establishing better communications for our deputies,” Martinez said. “It is important for officer safety, but it is also important when deputies come across someone in need of assistance. The migrants will frequently walk out of the fields and into the roadway after days of wandering lost in the fields. Many need help right away.” 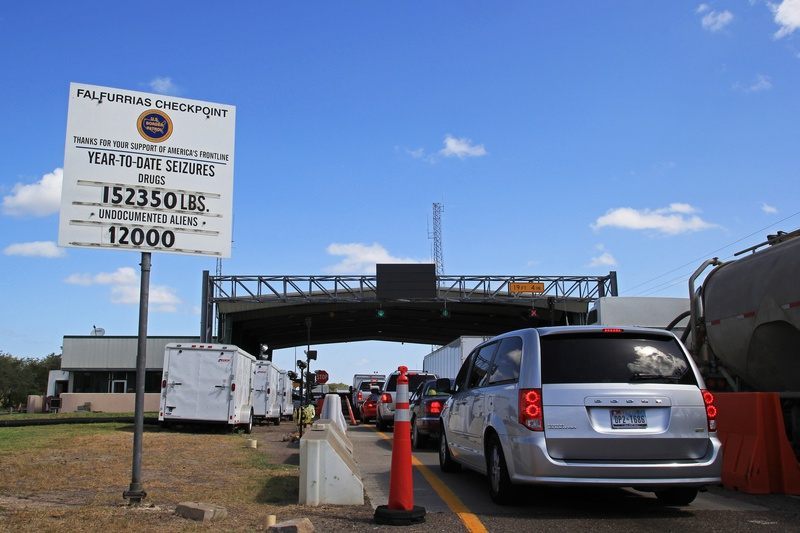 Martinez said thing may soon get worse as the Border Patrol is expanding the checkpoint to eight lanes. “They are creating a smuggling superhighway right in the middle of our county,” Martinez expressed. “This could create even more pressure on our resources as more smuggling vehicles make their way north from the border.”

The new sheriff said they have seen an increase in traffic through the ranches. Increased presence from Border Patrol search and rescue teams, Texas Department of Public Safety troopers, and Texas State Guard search teams have helped keep the numbers of deaths down.

Breitbart Texas has reported extensively on the rescues of migrants who have been abandoned and left to die by the ruthless smugglers in the area.

Border Patrol agents rescued an illegal immigrant woman trying to bypass a checkpoint in Brooks County in November, Breitbart Texas reported. She was found unconscious after being abandoned by human smugglers. 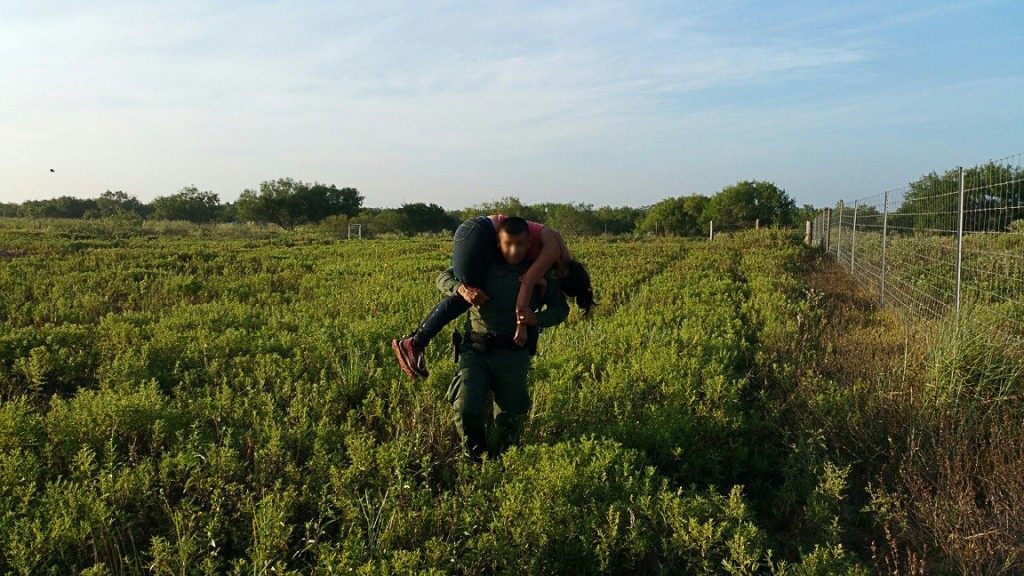 U.S Border Patrol agent carries to safety a woman who had been abandoned by a human smuggler. (Photo: U.S. Border Patrol)

In April, two teenage girls were rescued from a ranch in Brooks County after being abandoned. One of the girls, a 13-year-old Mexican national, was found unconscious and clinging to life. She had to be transported by helicopter to a Corpus Christi hospital.

“These heartless criminals take ruthless steps to exploit the multitude of poor immigrants from Mexico and Central America trying to reach the United States at any cost and the problem is getting worse,” Chief Patrol Agent Manuel Padilla, Jr. said at the time in a written statement. “No one wants to see their loved ones being violated or abandoned in this manner.”

Death is not the only risk to the migrants being smuggled through Brooks County. Breitbart Texas previously reported, “about the specific kinds of horror faced by these illegal immigrants because of the open border policies of the federal government. Rape, abuse, abandonment and death are often the treatment these people receive from their human smugglers who are often connected to Mexican cartels.”

Now the task of stopping the human smugglers and ending the needless deaths of illegal immigrants in this South Texas county fall on Sheriff Martinez.

“We appreciate the help with get from other agencies and from the volunteer police officers who give their time to help patrol our county,” Martinez said.  “We have limited resources, but we will continue to push to stop the human smugglers and to find the lost migrants before they succumb to the elements.”