The joint law enforcement task force conducted an investigation into two Bronx-based drug trafficking organizations and secured two indictments through the Department of Justice (DOJ) Southern District of New York against 49 members of the groups. The two, 12-page indictments include charges for the murder of Jose Morales on December 11, 2016, narcotics, robbery, and firearms offenses according to a statements obtained by Breitbart Texas from ICE and DOJ officials.

“Today the law enforcement community in New York struck a serious blow to violent drug distribution organizations that operate in our city. Two such organizations allegedly flooded the community of Mount Hope in the Bronx with heroin, crack cocaine, fear and death,” Special Agent in Charge of HSI New York Angel M. Melendez said in a written statement. “This is yet another step in our efforts to bring peace and hope to our communities by removing the alleged leadership and rank-and-file members of these organizations, putting an end to their menacing criminal conduct.” 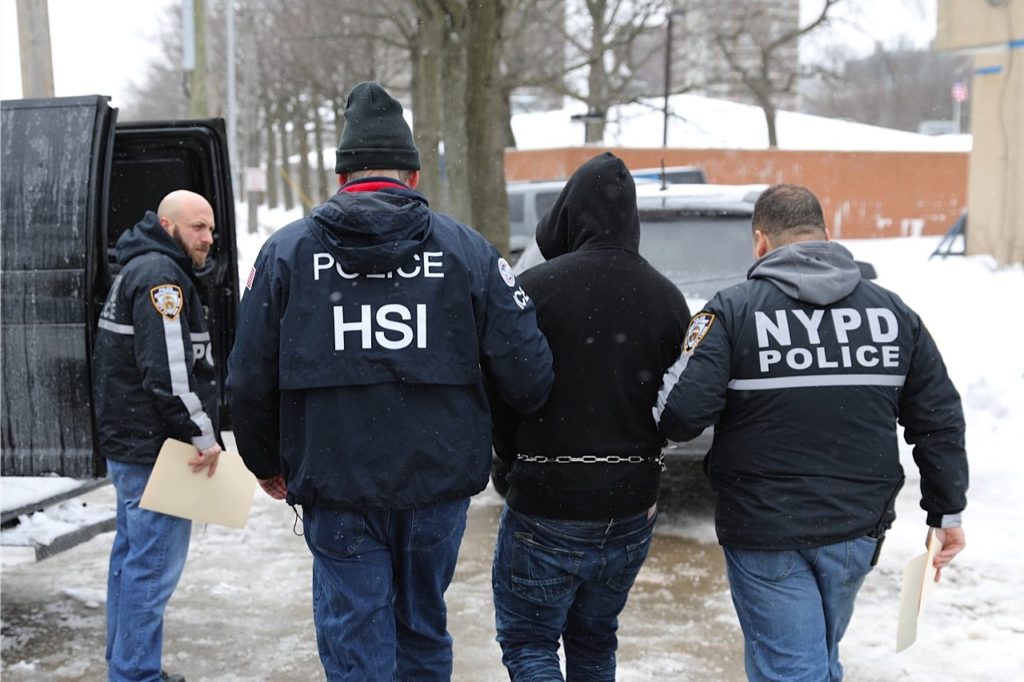 Breitbart Texas spoke with media officials with the office of Acting-U.S. Attorney for the Southern District of New York Joon H. Kim. The press official said it is likely that drugs involved in these distribution organizations were likely products trafficked by Mexican drug cartels, no specific cartels or gangs are named in the indictments. The office declined an interview with the Assistant U.S. Attorney handling the case stating the prosecutors do not comment on pending cases.

Fifteen of the defendants face charges for their association with a drug distribution organization (DDO) that operates along East 175th Street and Monroe Avenue in the Bronx. Those arrested on Wednesday appeared before Magistrate Judges Barbara Moses and Henry Pittman. Three other defendants are already in custody on related charges. They are expected to face arraignment next week before District Judge William Pauley.

The second DDO operates in the area of 176th Street and Weeks Avenue in the Bronx. These defendants appeared before Magistrate Judges Moses and Pittman. This case is assigned to District Judge Loretta Preska.

“Dozens of alleged members of two drug distribution organizations have been charged with peddling potentially lethal drugs, Acting-U.S. Attorney Kim said in a written statement. Kim took over the Acting-U.S. Attorney position following the firing of U.S. Attorney Preet Bharara on Friday. The Department of Justice fired Bharara following his refusal to resign as requested by Attorney General Jeff Sessions, Breitbart News reported. It is a normal practice for U.S. Attorneys to be asked to resign following the swearing in of a new President. President Bill Clinton fired then-US. Attorney for the Southern District of Alabama Jeff Session when he took office in 1993.

“Many are also charged with committing violent crimes, including four who allegedly murdered Jose Morales in furtherance of their drug business. All New Yorkers are entitled to the peaceful enjoyment of their homes, free from the devastating effects of drugs and the violence that can accompany drug trafficking. Together with our law enforcement partners, we will continue to work to return the neighborhoods of the Bronx to the law-abiding people who live in them.”

Local law enforcement officials played a major role in these charges as well. New York Police Commissioner James P. O’Neill said, “Today’s arrests are the latest example of drug dealing that led to violence, including armed robberies and a murder in the Bronx, as alleged. This type of precision policing is leading to further reductions in crime beyond last year’s all-time low. Many thanks to the detectives, agents, and the prosecutors in the Southern District we so often work with and whose diligence resulted in the leveling of these serious drug trafficking charges today.” 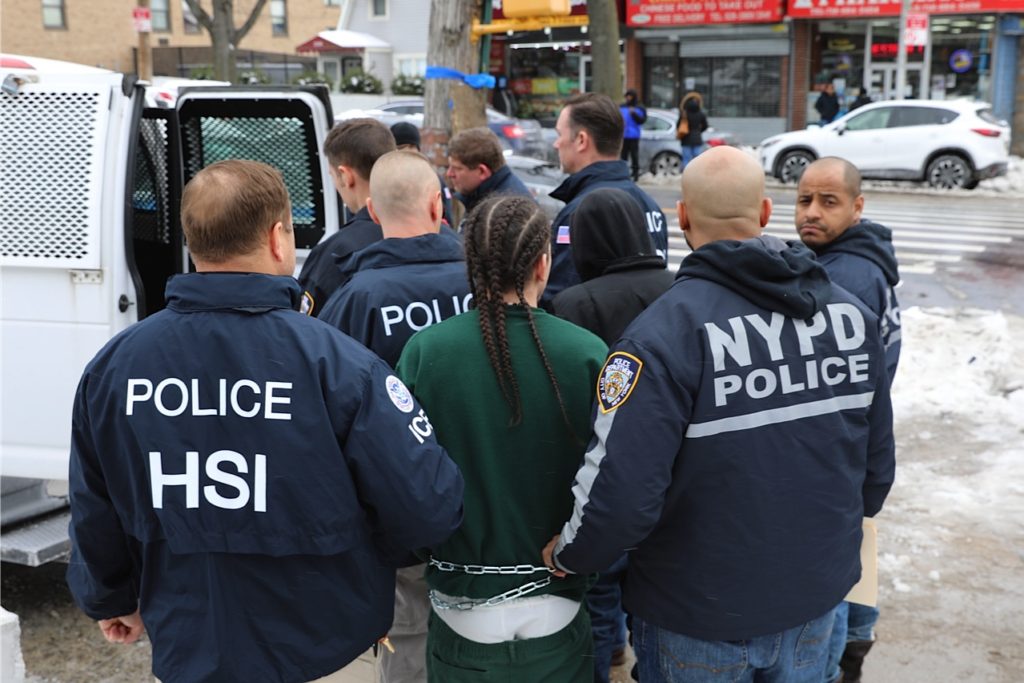 Bronx District Attorney Darcel Clark brought state charges against some of those involved in the case. “This case crystallizes how drug dealing’s attendant violence devastates our neighborhoods,” Clark stated. “These two organizations held the Mount Hope area in a vise grip of numerous street shootings, including at least one murder. In our fight against heroin and other drugs, we must always remain focused on the community residents who are victimized by these vicious traffickers.”

The DOJ provided the following information on the indictments:

Counts Two charges JAMES FELTON, DIAZ, ANDRE FELTON, and BURLEY with the murder of Jose Morales, which occurred on December 11, 2016, in the vicinity of East 175th Street and Weeks Avenue, in the course of a narcotics conspiracy.

Count Three charges JAMES FELTON, DIAZ, ANDRE FELTON, and BURLEY with using, carrying, possessing, brandishing, and discharging a firearm during and in relation to a narcotics conspiracy, resulting in the death of Jose Morales on December 11, 2016.

Count Four charges JAMES FELTON, DIAZ, and BURLEY with using, carrying, possessing, brandishing, and discharging a firearm during and in relation to a narcotics conspiracy, on dates other than December 11, 2016.

Count Four charges EDWIN ROMERO with using, carrying, possessing, brandishing, and discharging a firearm during and in relation to a crime of violence.

The defendants face from 10 years to life in prison on the charges if they are convicted.

Following are the individual charges in the indictments and information on those accused: