PIEDRAS NEGRAS, Coahuila — The arrest of various individuals caught trying to pay off voters and other claims of election fraud tainted the recent gubernatorial election in this border state.

Starting on Sunday, tens of thousands of voters took to the polls to cast their ballot for the next governor, mayor, and congressmen for their state. As Breitbart Texas reported, the state is controlled by Mexico’s Institutional Revolutionary Party (PRI), a political party with a long history of corruption, voter fraud, and ties to drug cartels.

While most local citizens and national media outlets expected for an opposition party to win by a landslide as seen in various other Mexican states, the PRI came from behind and won most of the elections by a narrow margin. The aftermath of the election has resulted in multiple claims of corruption and election fraud.

The new results indicate PRI candidate Miguel Angel Riquelme won the election. As Breitbart Texas reported, Riquelme was tied to an ongoing investigation into a food for votes buying scheme. Earlier this year, Mexican federal agents raided a warehouse that was being used to store emergency supplies that were sent to help the victims of torrential rains, but the supplies were being stockpiled for election day handouts.

A video taken at one of the polling sites and disseminated through social media and messaging applications appears to show how pool counters miscounted the ballots in order to tilt the election in the PRI’s favor.

During a press conference, the gubernatorial candidate from the National Action Party (PAN) Guillermo Anaya claimed that the process is filled with irregularities–such as how the preliminary results do not match the rapid count used by the Coahuila Electoral Institute. According to the candidate, 28 percent of the votes have not yet been counted; he claims that the results amount to more than 700,000 votes being manipulated.

Anaya claimed that he would be fighting the results through legal means and called citizens to hold a peaceful protests outside of the city square in the Coahuila capital of Saltillo.

Just one day after the elections, law enforcement officials in Coahuila confirmed the arrest of three individuals with cash bundles, copies of voter cards, and other documents used to purchase votes. One of the arrests took place in the town of Ramos Arizpe where a husband and wife were arrested with more than $34,000 pesos that were to be given to each of the prospective voters. 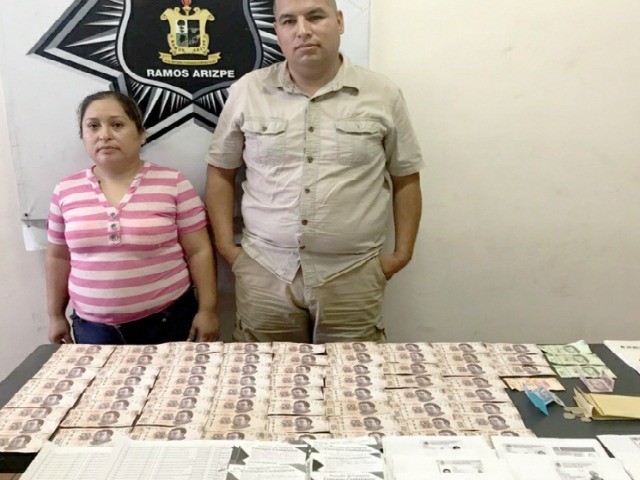 According to information provided by Coahuila authorities, the couple acted as operatives for the Partido Joven or Young Party but once under police custody, they claimed to be part of the PAN. Partido Joven is the party used by former Coahuila governor Humberto Moreira in his bid for a federal congressional seat.

As Breitbart Texas previously reported, Moreira is the brother of the current governor, Ruben Moreira. The former governor has been linked in U.S. court testimony and documents to Los Zetas cartel. The former governor was singled out for taking money from the criminal organization in exchange for protection.