This week, journalists holding signs asking for help and justice gathered at Mexico City’s Zocalo, where they painted the Twitter hashtag #SOSPrensa, a call for help to Mexican reporters. During the peaceful protests, the journalists took photographs and posted them to social media.

Soon after the painting was finished, a cleanup crew from the Mexico City government arrived at the Zocalo using pressure washers and mops to erase the #SOSPrensa call for help. 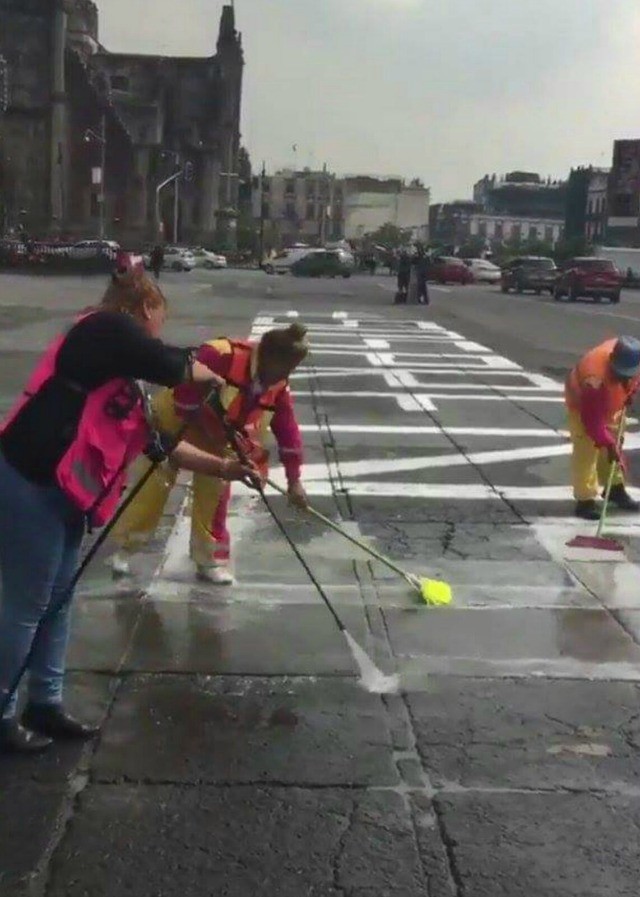 Not long after the cleanup crew was done erasing the message, the City of Mexico used their Twitter account to send an apology claiming that it was a regularly scheduled cleanup and not an attempt to censor the press. 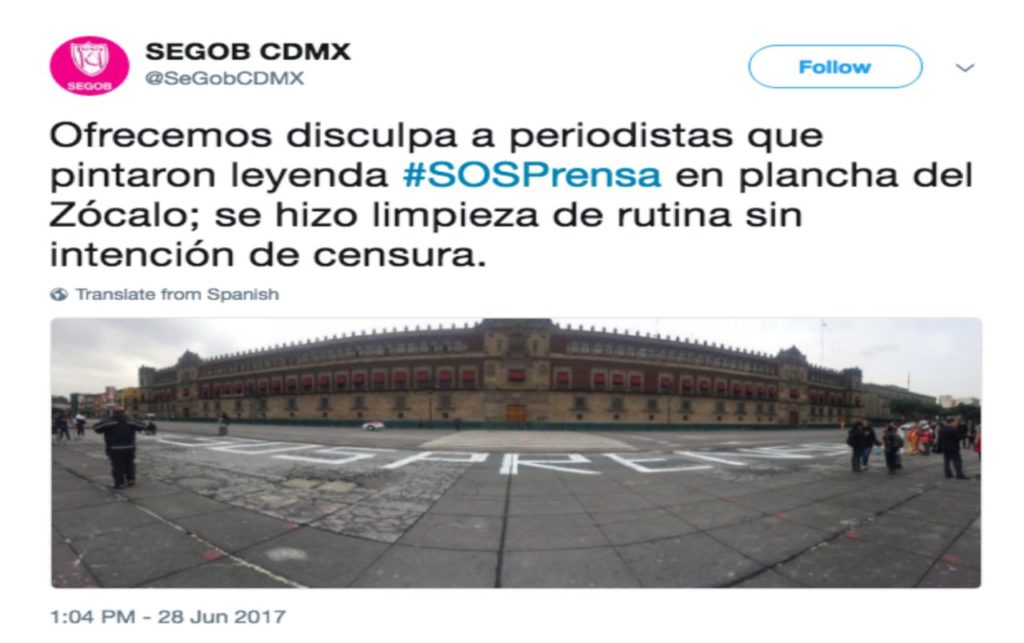 The protest comes days after Mexican authorities found the incinerated remains of Salvador Adame, the news director of a local channel in the southern Mexican state of Michoacan, Breitbart Texas reported. Adame was kidnapped at gunpoint by cartel members who murdered him and incinerated the remains in a rural area.

As Breitbart Texas reported, 2017 has become a deadly year for investigative journalists. The seven have been murdered and the several others were attacked, kidnapped, or threatened were after exposing corruption within the Mexican government or the dealings between officials and drug cartels.

Jose Luis Lara from the Cartel Chronicles Project Contributed to this report. Lara is a former founding member of the Self-Defense Movement in Michoacan.