MONTERREY, Nuevo León — Authorities are investigating the execution of a police officer from the rural town, Anahuac. It is believed two hooded gunmen shot the officer in relation to organized criminal activity.

The body of officer Carmen Rodriguez Garcia, 34, was left behind in the floor of his house after two gunmen shot him at close range, law enforcement sources revealed to Breitbart Texas. 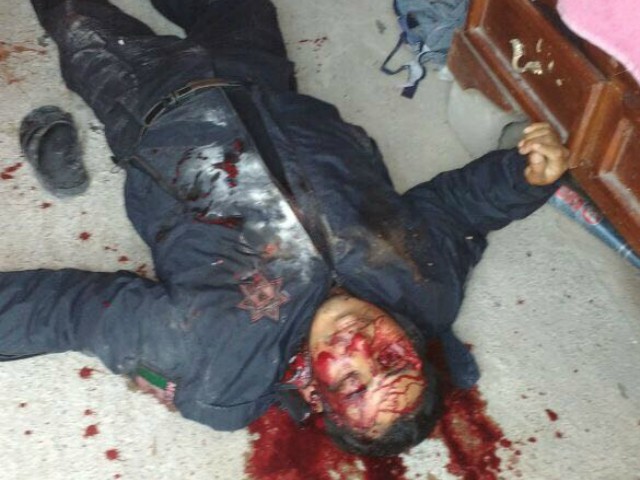 Crime scene investigators found a casing from a .223 caliber bullet near the victim’s body. The officer was still dressed in his police uniform and had a noticeable bullet wound in his right eye.

A law enforcement source close to the investigation revealed to Breitbart Texas that the suspects barged into the house armed with an AR-15 and a handgun while a third suspect waited in a getaway vehicle.

Authorities are looking into the victim’s possible ties to organized crime.