Mexican federal authorities arrested the top leader of a faction of the Gulf Cartel. Authorities allege the cartel boss is partially responsible for the ongoing violence in various border cities as part of a turf war.

The arrest took place in the central Mexican state of San Luis Potosi where investigators with Mexico’s Attorney General’s Office tracked down and arrested Jose Alfredo “El Contador” Cardenas Martinez, a prepared agency statement revealed. Cardenas is the leader of a top faction of the Gulf Cartel commonly known as Escorpiones. The faction reportedly controls the border city of Matamoros immediately south of Brownsville Texas. Federal authorities revealed that Cardenas is wanted in Tamaulipas on kidnapping, robbery, and other charges related to activities of the Gulf Cartel. 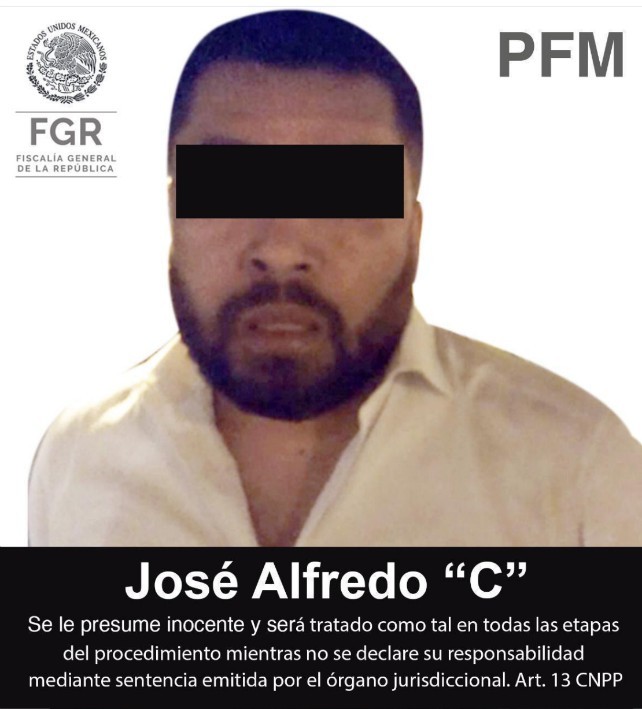 Soon after the arrest, Tamaulipas Governor Francisco Cabeza de Vaca issued a statement thanking the Mexican federal government for their help in capturing Cardenas. The cartel leader is expected to be turned over to Tamaulipas authorities to face trial.

Mexican Marines arrested Cardenas in February 2018 in Matamoros. However, a Mexican federal judge in Altiplano ruled that his arrest was illegal in nature and released him, Breitbart News reported at the time. Cardenas is the nephew of former Gulf Cartel supreme leader and founder of Los Zetas Osiel Cardenas Guillen who is currently in a U.S. federal prison serving a 25-year-prison sentence.

The man known as El Contador has been leading a fierce turf war with a rival faction of the Gulf Cartel known as Los Metros over control of the border city of Reynosa. The area is located immediately south of the Texas cities of McAllen, Hidalgo, Pharr, and Mission. The fighting between the two factions led to hundreds of murders and fierce hours-long firefights involving dozens of SUVs filled with cartel gunmen, Breitbart News reported.