MATAMOROS, Tamaulipas — Four Mexican state police officers are recuperating from their injuries after a group of Gulf Cartel gunmen ambushed them in the border city of Matamoros. The attack comes at a time when Tamaulipas state authorities are actively hunting one of the top leaders within that criminal organization.

The attack took place this week in the downtown area of Matamoros near the “Trevino Zapata” open-air market, law enforcement sources revealed to Breitbart Texas. A group of Gulf Cartel gunmen drove by a squad of police officers and began firing automatic weapons at the officers. 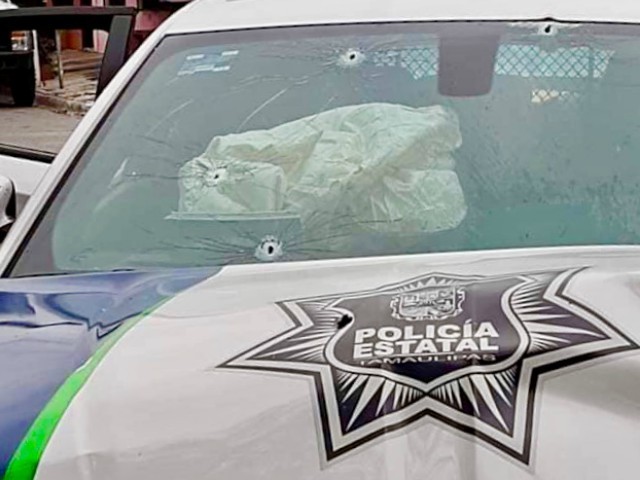 The attack prompted a response by authorities who attempted to fight off the attack from one of their police vehicles with unit number 1154. The patrol vehicle took heavy gunfire and crashed into one of the gunmen’s vehicles.

Four officers were struck by gunfire and sustained various injuries. The brazen attack prompted a massive response by law enforcement and military forces as they tended to the injured officers and began a manhunt in search of the attackers. Authorities arrested at least one suspect in the attack as part of the ongoing investigation.

The attack comes at a time when, as Breitbart Teas reported, Tamaulipas state authorities carried out numerous raids in Matamoros, San Fernando, and in several nearby rural communities in an attempt to capture Evaristo “Vaquero” Cruz Sanchez, the current leader of the Matamoros faction of the Gulf Cartel. The pressure by law enforcement forced Cruz Sanchez into hiding in numerous rural communities.