MONTERREY, Nuevo Leon – A group of Los Zetas cartel members left a severed human head outside a border state prison. The move is the latest in a series of threats and intimidation tactics aimed at taking control of criminal activity inside the detention facilities in Nuevo Leon.

The gory crime took place on Friday morning when prison guards spotted a suspicious Chevrolet Tahoe with Nuevo Leon license plates SCD011A abandoned near the facility. In the vehicles, gunmen with the Cartel Del Noreste faction of Los Zetas left a severed human head and a message threatening prison guards and their rivals with the Vieja Escuela—Old School faction of Los Zetas. 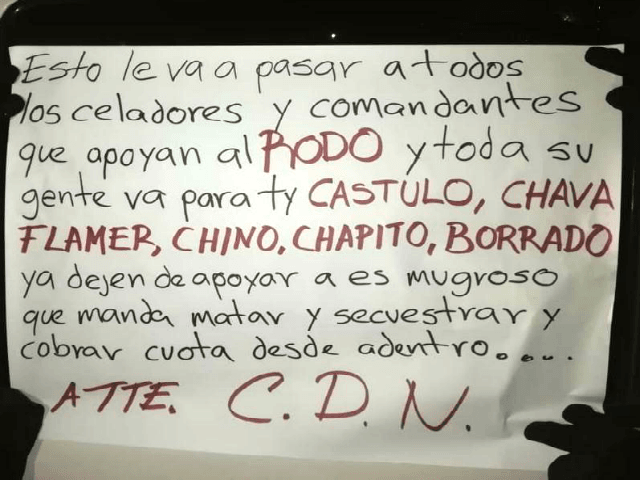 “This will happen to all the guards and commanders who help El Rodo and all his people. This goes to you Castillo, Chava, Flamer, Chino, Chapito, Borrado, stop helping that dirtbag that orders murders, kidnappings, and extortions from the inside,” the cartel message read.

Authorities quickly worked to contact all prison guards and supervisors, including those who were on their day off, to make sure that none of them had been taken and killed by Los Zetas.

Law enforcement sources in Nuevo Leon revealed to Breitbart Texas that when they looked inside the vehicle, authorities found an ice chest with the head and hands of 17-year-old Kevin Alejandro Pantoja Lopez, a teen with a criminal history in Nuevo Leon and alleged ties with organized crime. State investigators identified the victim through his fingerprints as his information is in several government databases tied to previous arrests and run-ins with law enforcement. Later that morning, authorities continued checking the vehicle and confirmed that the SUV had been reported stolen out of the municipality of Escobedo. 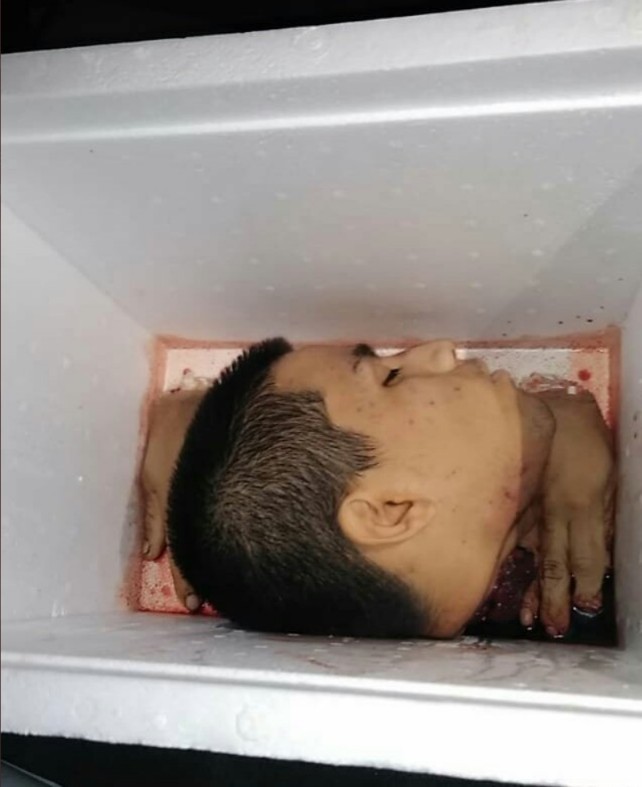 Los Zetas-CDN gunmen kidnapped the teenaged victim on Thursday and used his remains to leave the threatening message. As Breitbart Texas reported, the CDN-Los Zetas have been fighting with their rivals for control of state prisons where cartel gunmen extort other inmates and control various criminal activities from inside.