According to a report that aired on Mobile, AL CBS affiliate WKRG on Tuesday, a Summerdale, AL officer had to call for back-up when he and his partner were attacked by three men, all illegal immigrants from either Mexico or Central America according to the report, and included the biting of one of the officers, after a traffic stop. 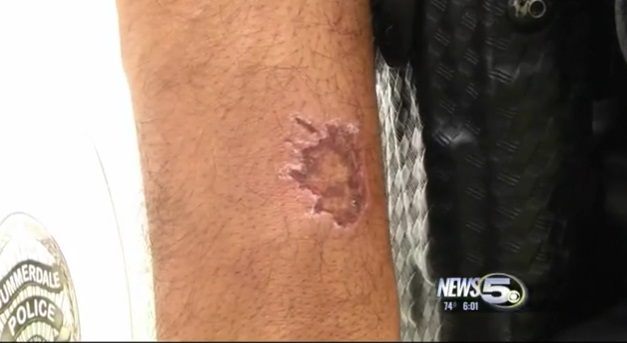 WKRG’s Pat Peterson reported the men have all been charged “with multiple crimes including assault, eluding, resisting arrest, DUI, public intoxication, obstruction and refusing to aid an officer.”

WKRG also reported Immigration and Customs Enforcement had been notified.